Two Muslims, a Jew and three agnostic-atheist-secular-humanist-something-or-others sat down together this morning to celebrate Easter. I suppose we weren’t celebrating it in the true religious sense of the word, but that didn’t stop us from enveloping ourselves in the joy of rebirth and renewal and hope brought by the unbelievable sunshine and warmth.

The day began with studying cross-legged on the living room floor while magical things went on in the kitchen, and the next thing I knew, there was a mug of French press coffee in my hand and the room smelled of cinnamon, citrus, and frying butter. 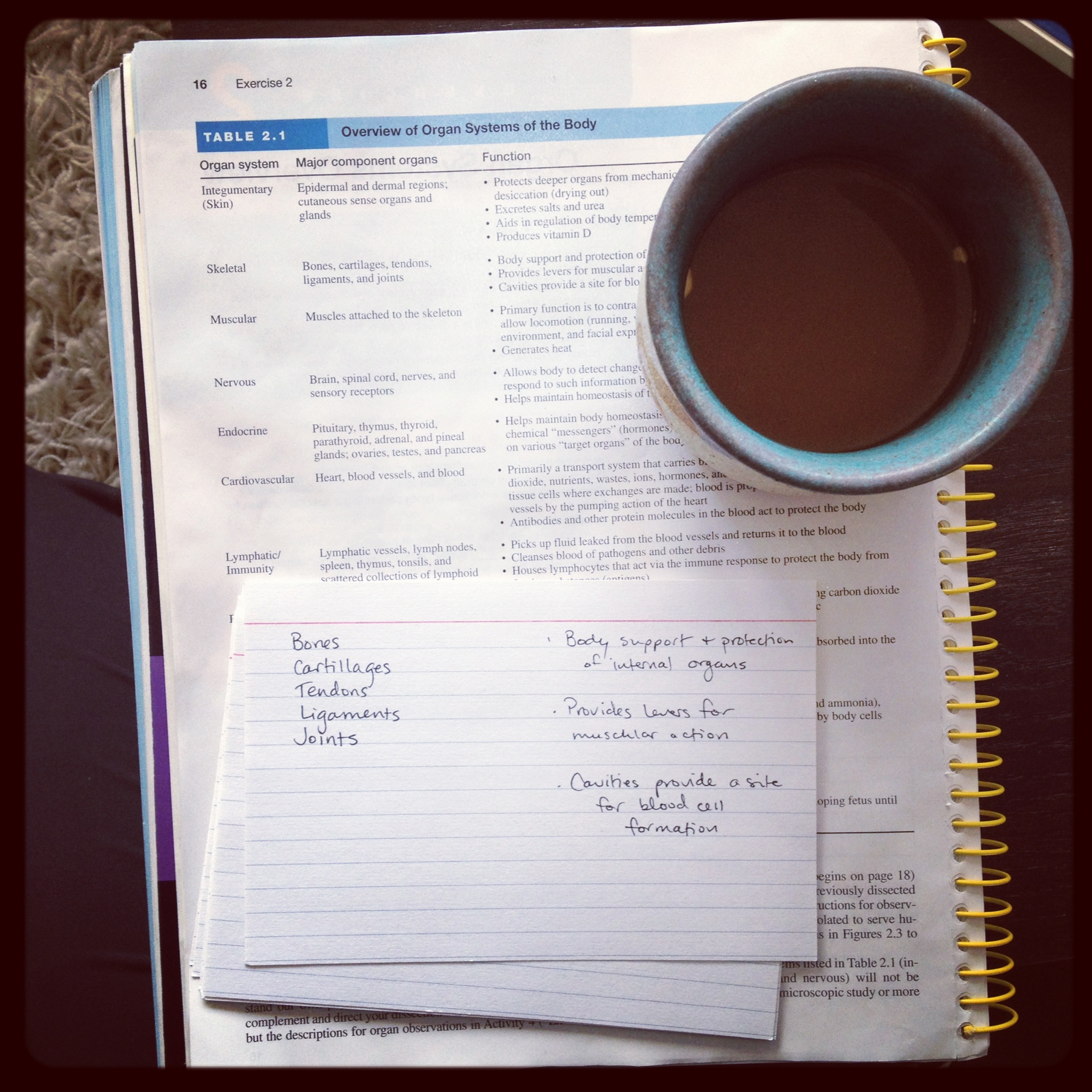 While Tyler and Bryce whipped up brunch, I alternated between memorizing organ systems and their functions and giggling with a two-year-old. It’s surprisingly difficult to concentrate when ten feet away, someone is making crepes that would have made Gandhi give up his hunger strike, and then the world’s most adorable toddler runs through the door to hand you a brightly colored plastic egg before running downstairs to play the drums like Animal from the Muppets. 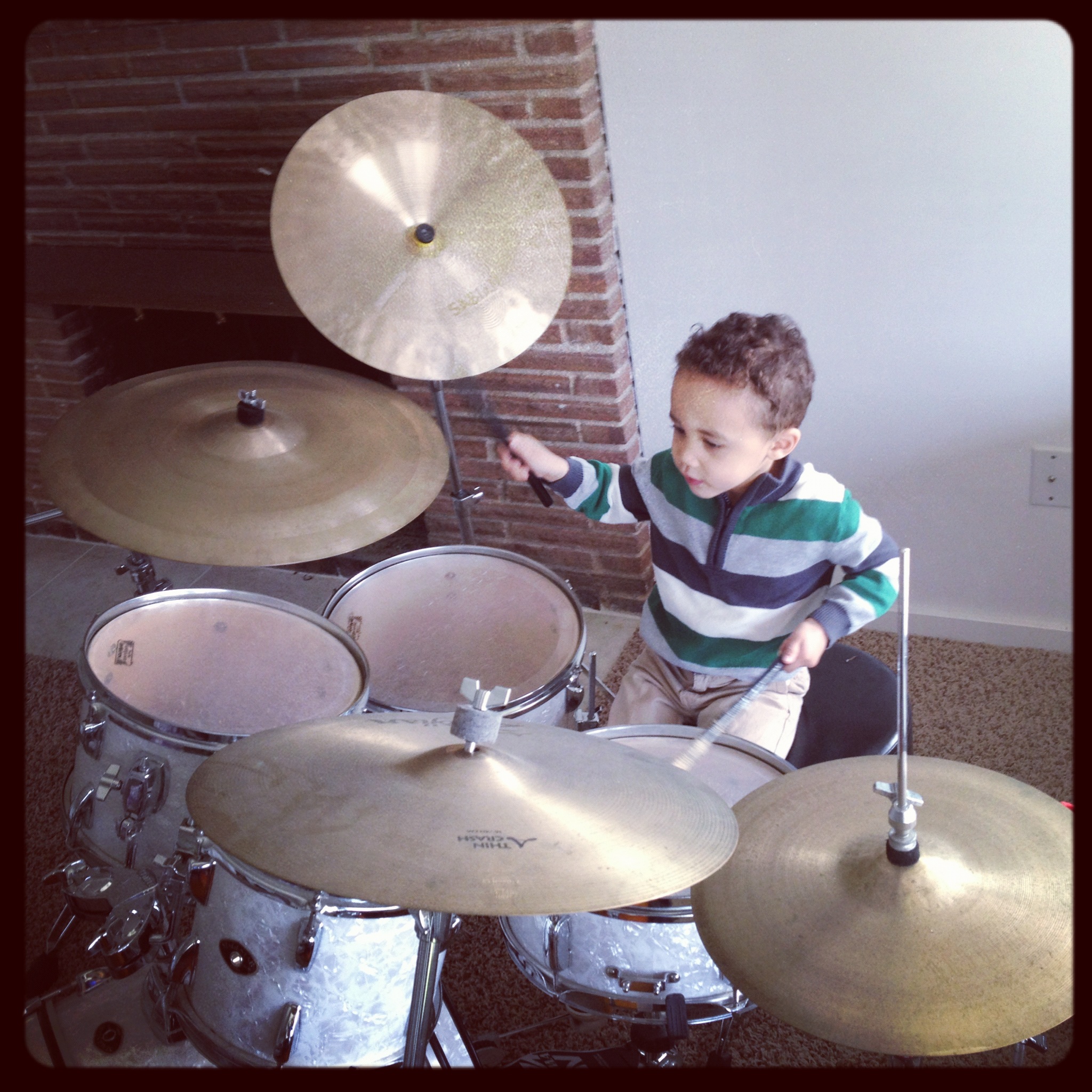 We set the table on the deck for the first time since Winter drove us indoors, I rigged up the hammock that Rob brought me from the Philippines (thank you Rob, wherever you are), and the mid-morning sun blazed with a warmth that made us silly with excitement. This, after the gift that was yesterday – during which Sara and I sat on the deck all morning immobilized with indecision about what to do because it was so beautiful and there were simply too many options for how to spend the day. 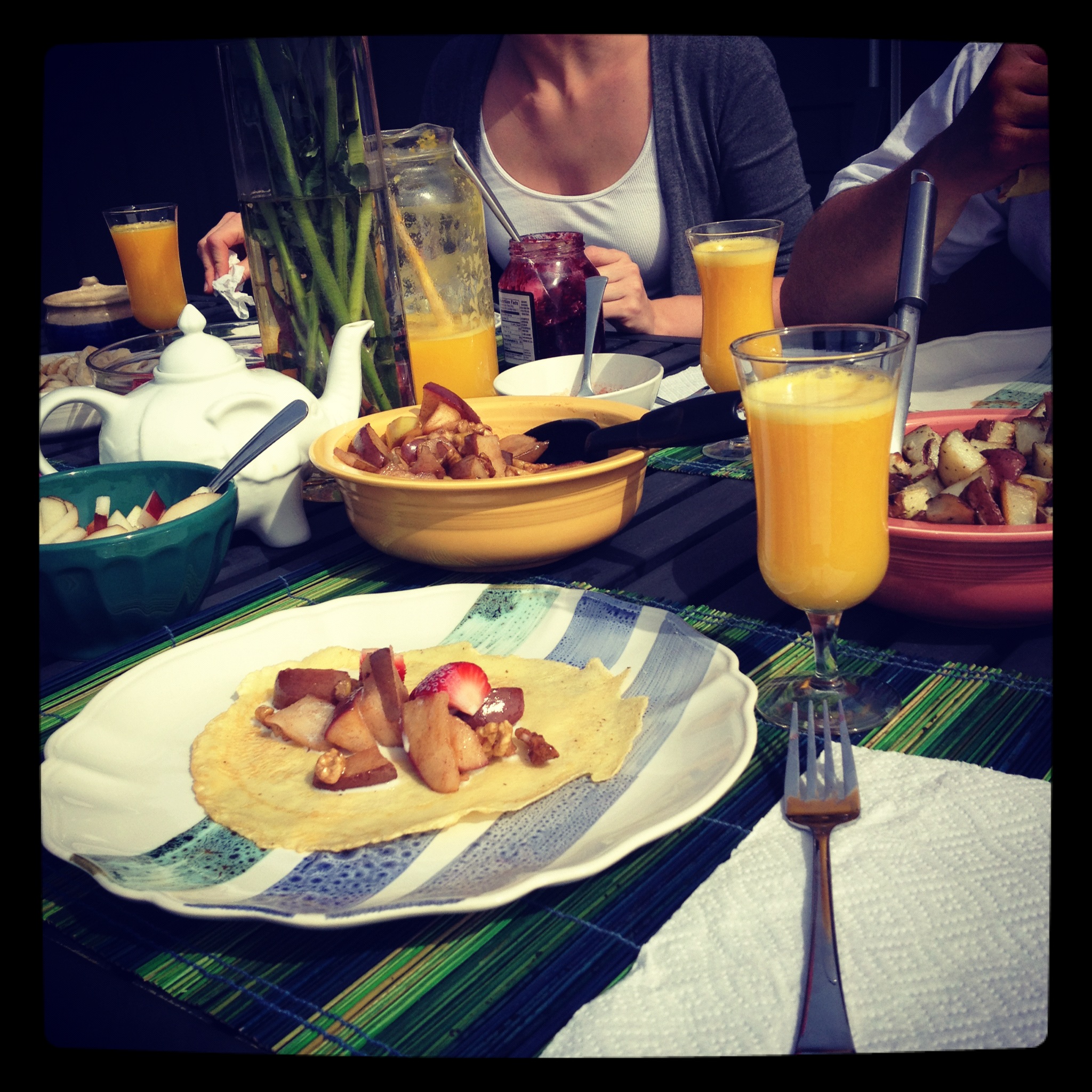 So what else to do but eat sweet and savory crepes in a warm breeze (yes, tropically warm) and squint at each other in delight. After breakfast, I lay in the hammock making a valiant effort to study while Thierno sprinkled me with pine needles and helped me swing back and forth. My eyes read words like spinal cord and scattered lymphatic tissues, and somehow they worked their way into my subconscious, while my brain went elsewhere. 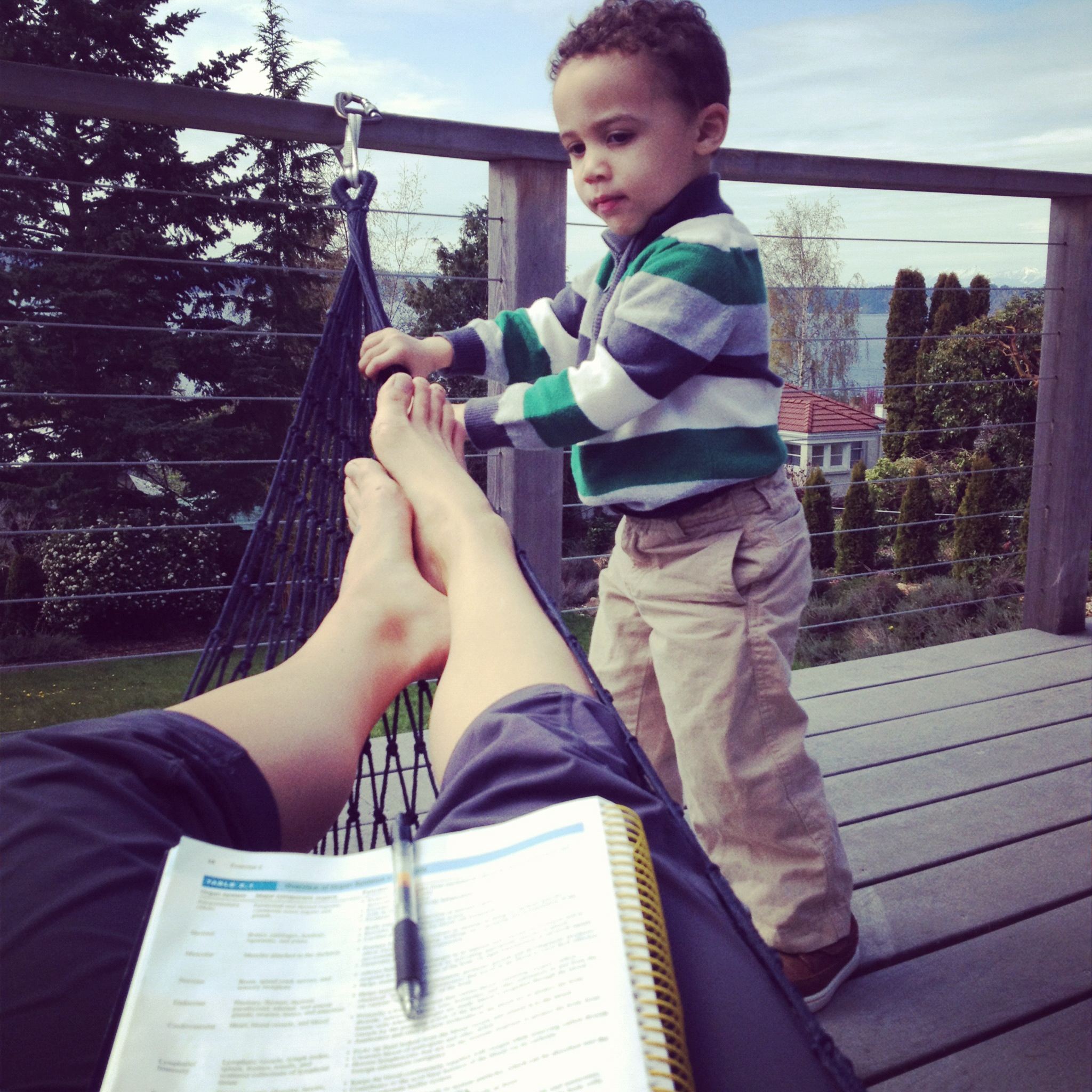 Sometime after an Easter egg hunt in the garden, and group photos on the front stoop, and an impromptu 80’s era dance party, things quieted down and I found myself back out on the deck with a book in hand, blissfully incredulous. 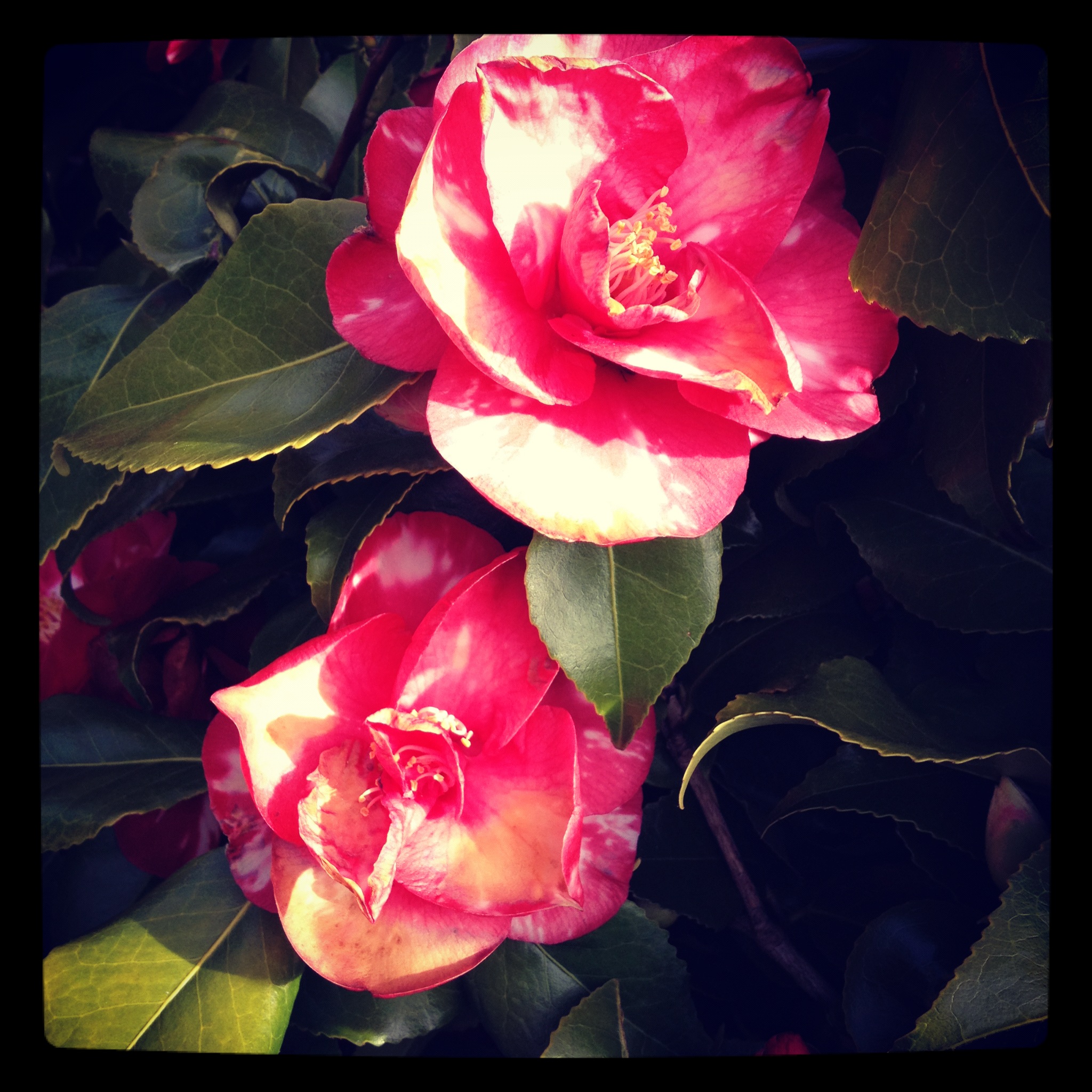 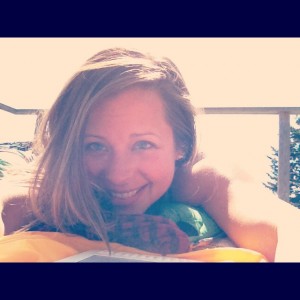 Two nights ago, we were wearing wintery things and clutching ceramic mugs of hot coffee for dear life after nearly freezing to death on Alki to watch the sun go down. But today, everything was in bloom and the promise of summer hung in the breeze and filled our lungs. The deck was a black hole of happiness. Anyone who ventured inside was drawn back out within five minutes and eventually we just collapsed in a silently rejoicing row of half-clothed bodies browning in the sun.

In the afternoon, fortified by sun and food and love, I found my way to the pavement in running shoes with the hope of getting in two miles before the mysterious injury in my knee would inevitably start sending sharp pains up and down my leg. As I ran, the sweet flavor of grass warmed all day long in the sun and the familiar hypnosis of my feet tapping down on the side of the road delivered me back into that state of lucid unconsciousness that only comes from running. I climbed a long, tiresome hill, gasping for air, and upon reaching the top felt my legs surge happily forward at the return of horizontal pavement, my brain swept clean. 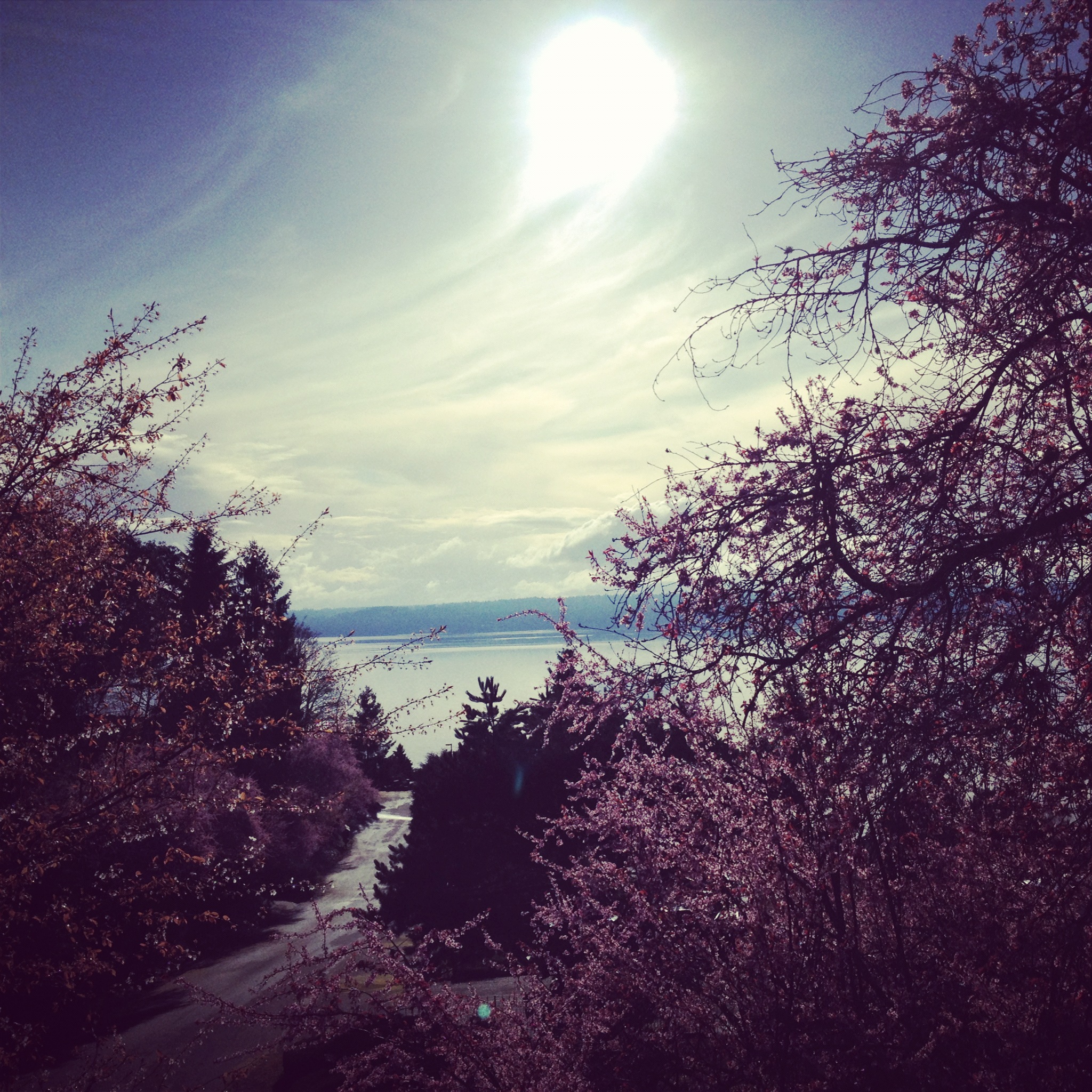 At the intersection where I normally turn left for a short loop, I instead ran straight, determined to burn through the twinges starting to well up in my knee.

Somehow, I kept going and then the pain just stopped. Like stumbling across a voice on the radio that cannot be heard except for on one single, magical frequency, I traced a wide arc around the periphery of town and drifted imperceptibly into that no-man’s land of perfect rhythm where I feel weightless and my stride opens up completely and I feel like I could run forever.

Then, Morgan Freeman’s doppelganger on a motorcycle jarred me from my reverie with a loud honk and a grinning wave that appeared to be an appreciation of my running shorts, and I turned west into the sun to finish the loop, wincing at blisters and a few more lecherous looks from passing cars. Seven miles brought me back to the doorstep. 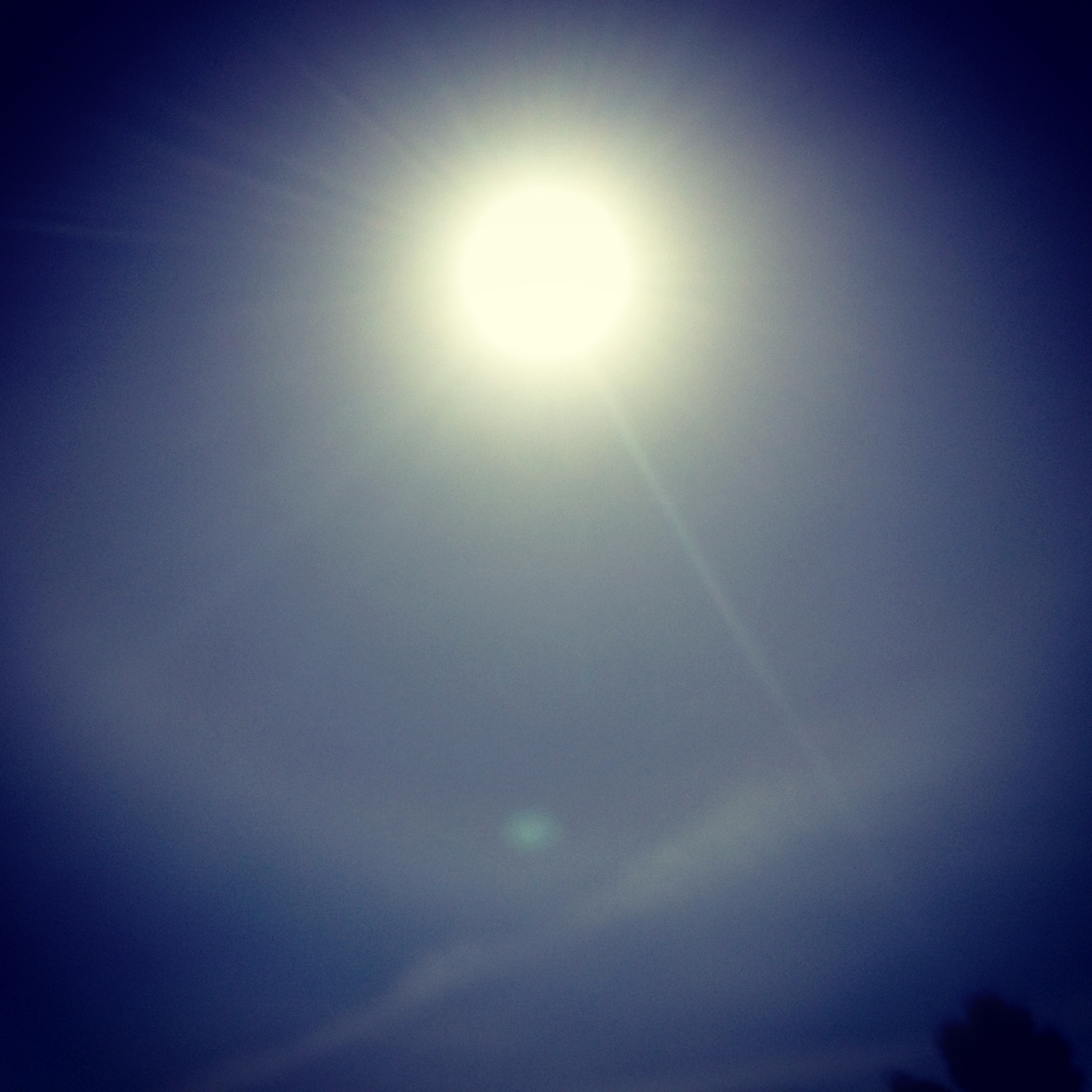 Sitting cross-legged now in the same spot where I began the morning, I’m breathing sweet air from the shadowy yard and singing along to Old Crow and wondering what the coming months will bring. I’ve got pages of text to memorize and soon there will be midterms and essays to write, but my mind keeps wandering off to the places I wish I could teleport to on any given day. For now, though, days like this one help to mend the fences of my past and make the future I’m running toward at full speed seem not that far off. For these euphoric meanwhiles and in-betweens, and the people that fill them, I’m incredibly lucky. 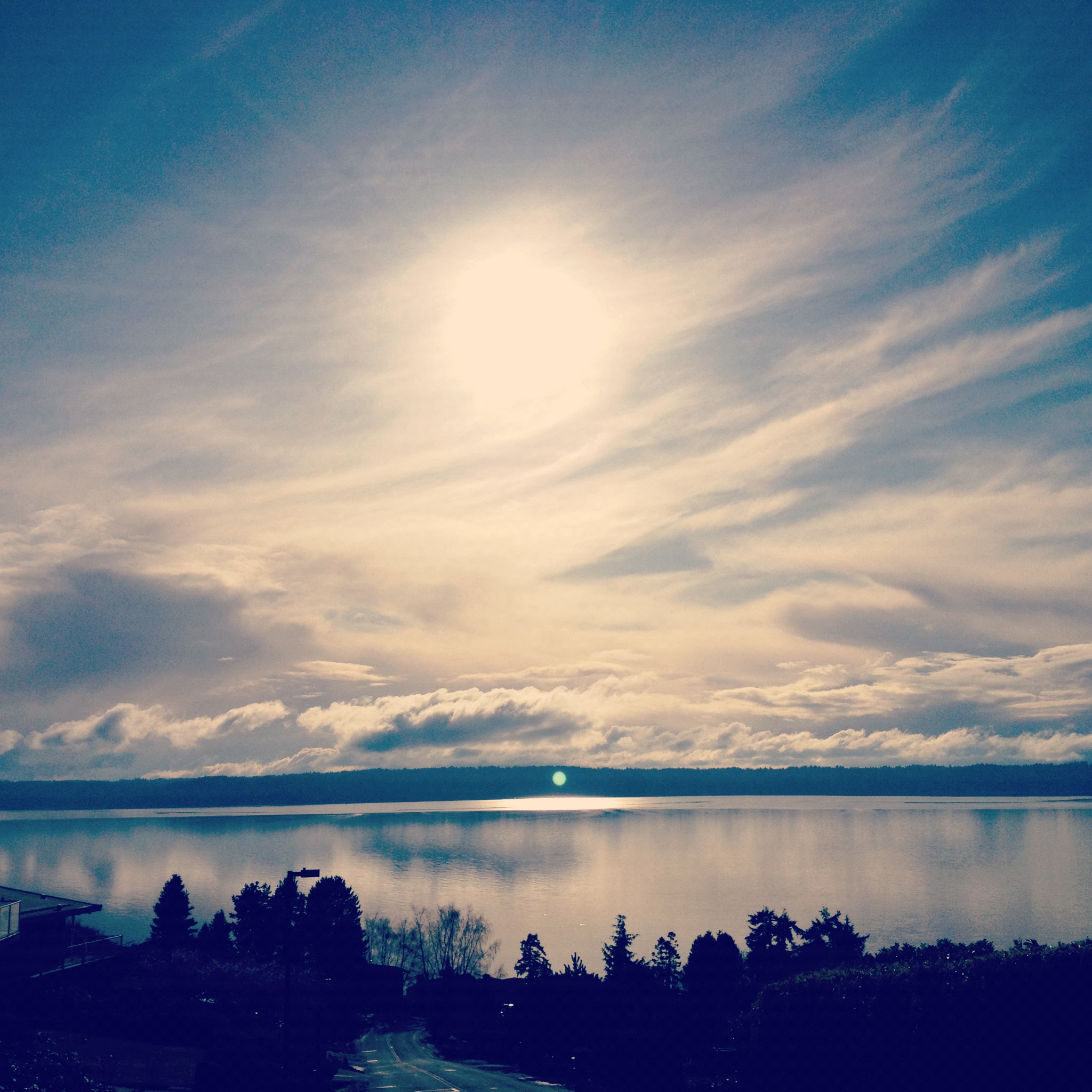