Any road will do 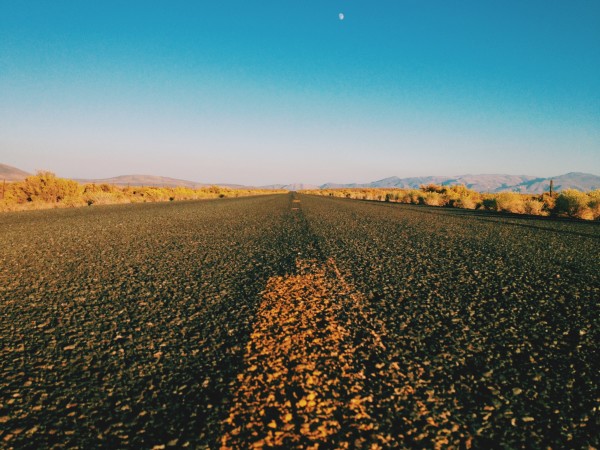 The radio broke approximately fifteen minutes into the start of our eight-day journey. A sign of sorts, perhaps, but of what? We didn’t know. Only that it served us right for buying the damn thing at Walmart, against our better judgement.

Our ultimate destination wasn’t clear. We just wanted out, away, far, distant, detached. Any of those words would do, any roads really would do, as long as everyone was happy and accounted for—that being me, him, and the dog. 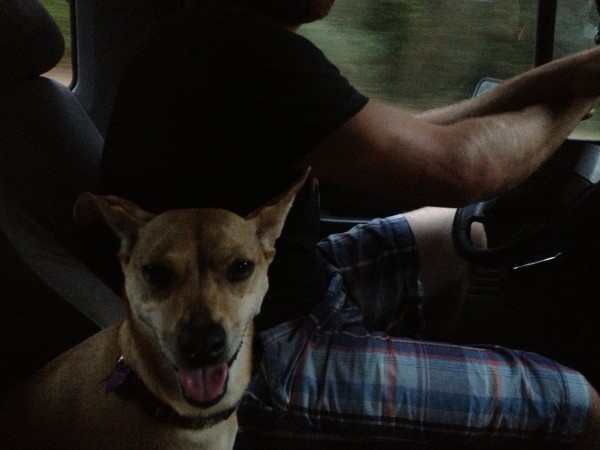 I found a human tooth on the shore of the Pacific outside Crescent City, while he and the dog trotted across the sand to stare at the curve of the horizon. I left it alone, the tooth. Why is it that the discovery of a familiar-looking bicuspid feels eery and strange, while finding, say, a shark incisor is the sort of discovery you might commemorate on a leather cord around your neck? 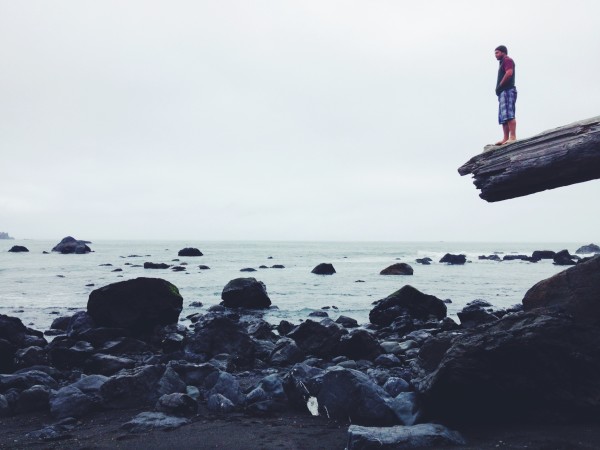 The ancient arbors in any of the redwood forests lining the California coast are as impressive as you imagine they will be, towering and silent, bearing the patterns of symbiosis and the scars of seasons on their bellies.

The commercialization of nature’s sanctuary is just as shocking. My heart sank at the sight of a loud, decorated campground filled to the hilt with Snowbirds driving Recreational Vehicles. I would happily leave my own car by the side of the highway if it meant we should all be required to enter a park like this on foot or bicycle only.

We grumbled a lot and then turned our attention to the trees. They had a lot to say. We listened for a good while, tiptoeing beneath them on spongy layers of dead needles, whispering for the sake that it felt necessary. 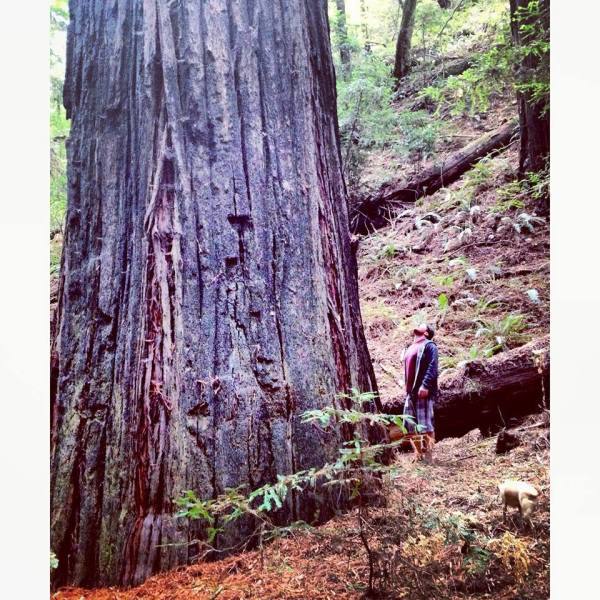 From the fog-enshrouded coast we turned left, toward the High Sierra. In the middle of the Tahoe National Forest, we found the metal gate to our planned lakeside campsite chained shut as the night fell swiftly around us. We had no plan B other than looking around the next corner, upon which Milo spied a powerline service trail. He swerved sharply to the right and charged our little red rig like a deranged rhino up an impossible incline, over small boulders and big ones that scraped the undercarriage, before coming to rest on cold earth underneath the lines that passed electricity down to the valley.

After the engine ceased smoking and I stopped squealing into the dog’s ears, we switched on headlamps and set up the bed facing east, seeking peace and quiet until sunrise. Instead, we spent a long night bombarded by the heavy bass of a forest rave with terrible music happening somewhere in the darkness below. I pictured PBR cans and flat-billed baseball caps slurring at girls in frayed denim short shorts, and felt a growing wrath for an age that wasn’t so long ago. We finally frowned ourselves to sleep only to be awoken by the shuddering thunder of passing trains on the opposite side of the highway. 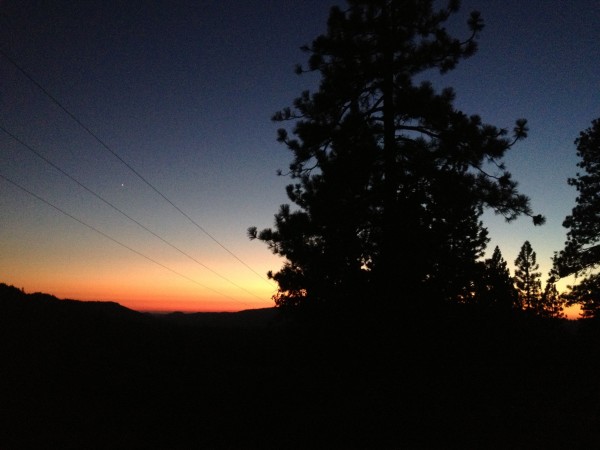 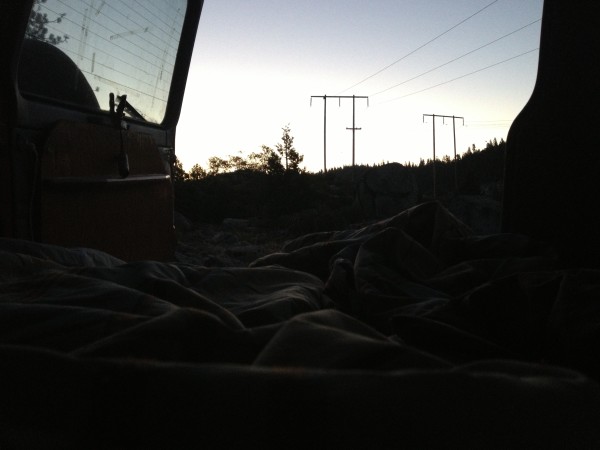 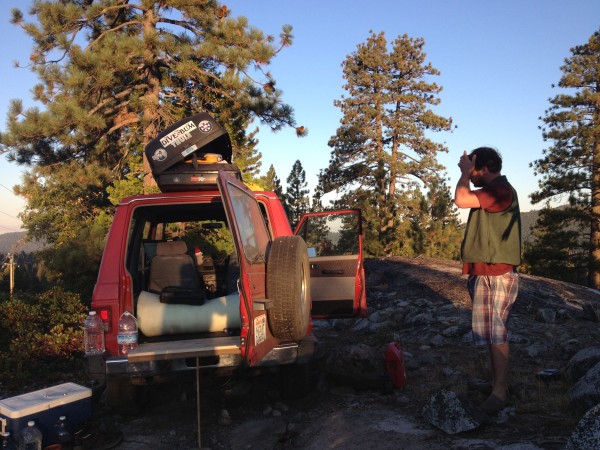 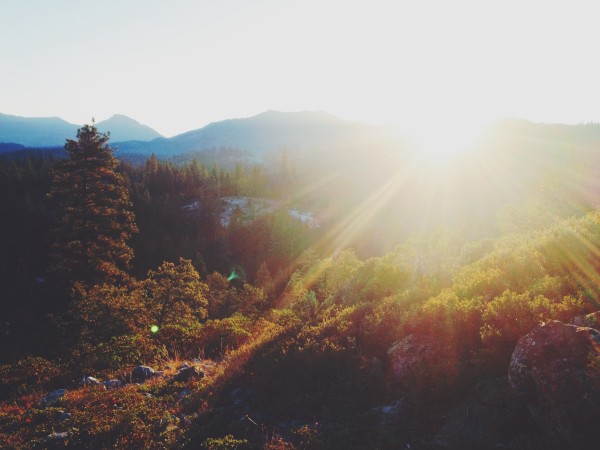 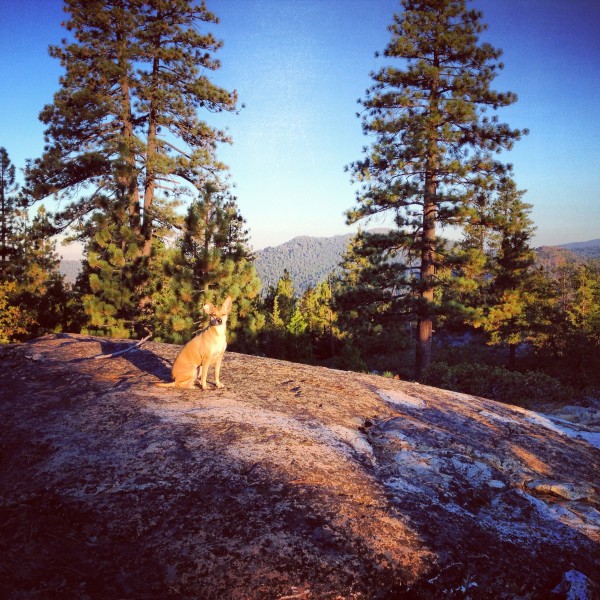 From the forest, we descended to the next valley: Reno. After a champagne brunch that celebrated all kinds of gluttony, we drove to a massive lake surrounded by pale, ochre desert and dusty, ridgebacked mountains. Finding ourselves on an empty shoreline meant it was now laundry day. Below a secluded knoll of sand, we ran into the cool water and bathed ourselves, our clothing, and with much coaxing, the dog. It felt strange to be naked in the sunlight, even when surrounded by miles of emptiness. A vulnerability, a waking up of each cell of the body.

We should all do this more often, lest we forget what it feels like to be laid bare to our own stark humanness, arms open to the whims of the wind and groping for the warmth of daylight. 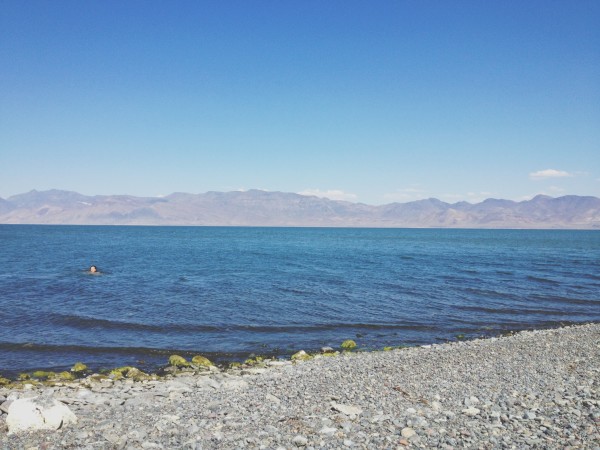 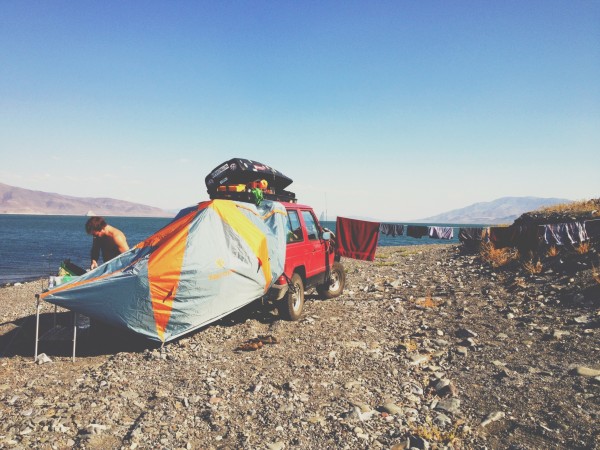 After our baths, we set up a camp, meaning to sleep next to the lakeshore that night. A neighborhood welcome of aggressive flies and hungry ants changed our tune, however, and in the end, we decided this little ecosystem was not for us. Back on the road, we traced our way slowly back into California via an unsure linkage of gravel highways winding around Martian rock formations and invisible boundaries of the military industrial complex, marked subtly with barbed wire. 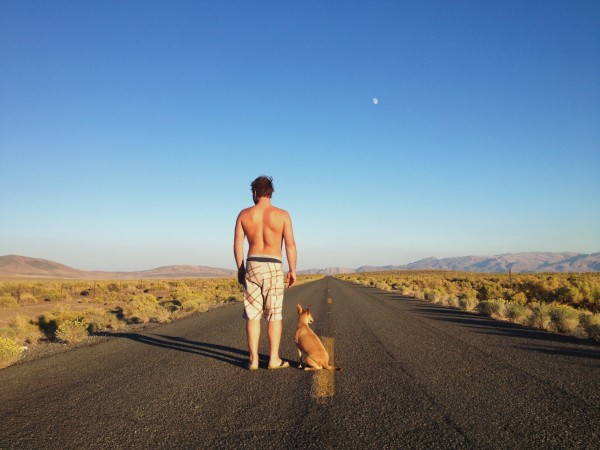 The endpoint was not ideal, but the getting-there part was worth the color palette we enjoyed along the way.

In Alturas, nearly everything was closed, save for the Italian restaurant staffed by grown-up Children of the Corn. We drank red wine and hoped we would still have both our kidneys in the morning. I rented a motel room, and we smuggled the dog inside, curling up all together in a weary heap.

Neither of us wanted to be sleeping in Alturas. We were supposed to be camping under the stars in the Nevadan desert—not inside four concrete walls in a weary town ‘Where The West Still Lives,’ a moniker that maybe doesn’t sit well with the Achomawi ghosts who once made it their home.

But if we have learned anything by our third decade of life, it is that we cannot be married to expectation, nor dependent upon comfort. What’s important is how close you are paying attention—are you learning something along the way, gaining gifts that you weren’t looking for?

Before coming to rest in this dreary motel bed, I had watched a mountain metamorphosize from brown and gold to heather and purple under the arc of an ebbing moon. I decided that was a fair trade.