We may know only it by the light 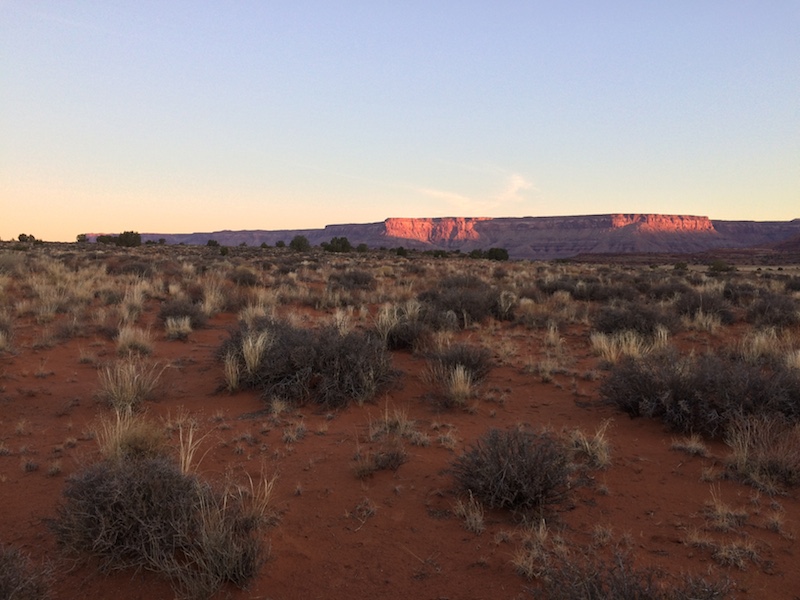 It’s taken years to figure out how to wear these bones whole. Now, they feel all mine, but days yet come when a missed rung on the playground ladder can break my clavicle the way it did when I was two. And still, there are places where the absence of noise and a vastness of shadowed corridors console as a mother’s touch. In the desert, space opens the door for time to spill outward into each crevice and canyon hollow. It passes, time, but we may know it only by the light chasing its own ghost across the desert valley into hushed amphitheaters and up the red stone walls like bloodhounds treeing a phantom coon. 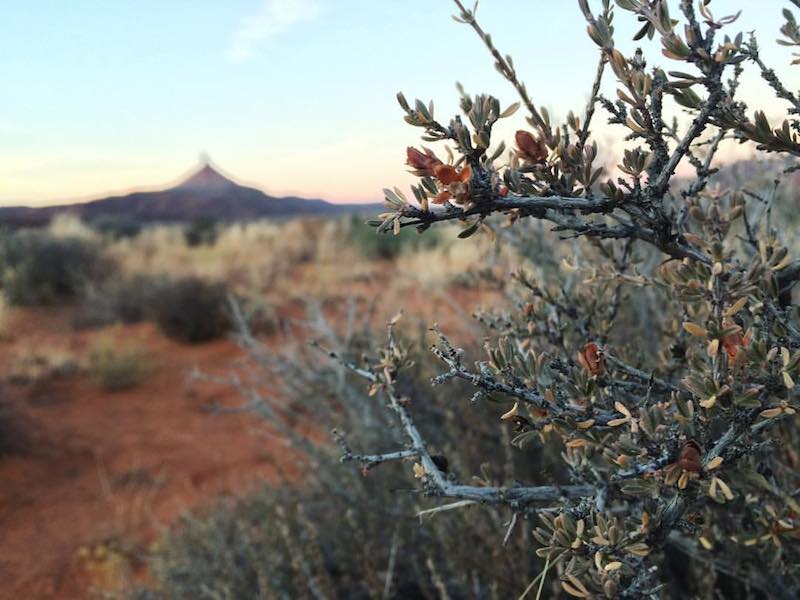 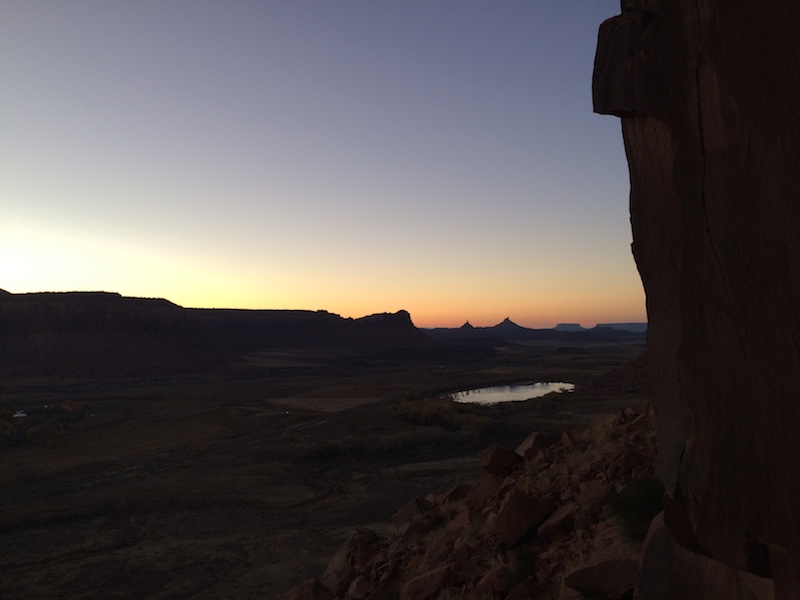 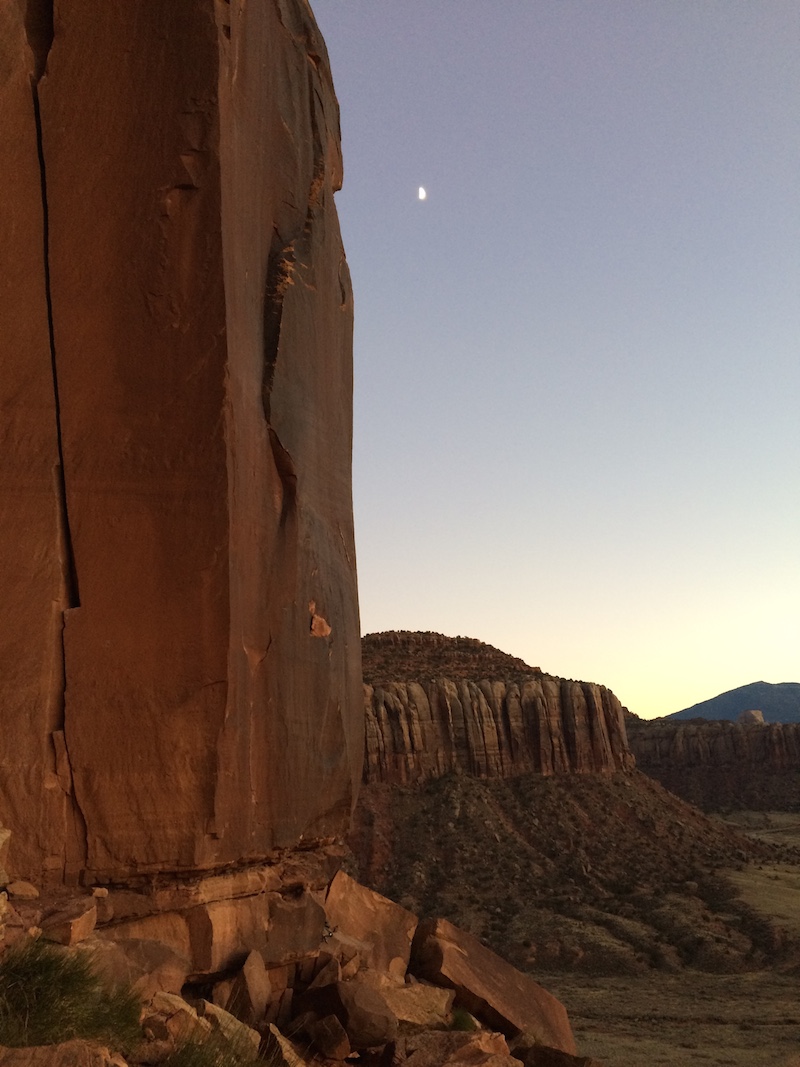 “This place is like Neverland,” I say one morning to Dan, who is boiling water for coffee on the stove. He laughs at the dregs of a whiskey bottle that warmed too many lips around the fire and asks where I want to climb today. As long as the rock is dry, we are indefatigable.

Our camp is a haphazard coexistence of brightly colored nylons and road-weary plastics, staked down in red soil or lingering atop last night’s table; composing the periphery is a sentry of juniper bushes. The cold of a desert night is hesitant to slink away, and fingers freeze outside of down pockets until the sun slides over the mesa rims, languid and reassuring. 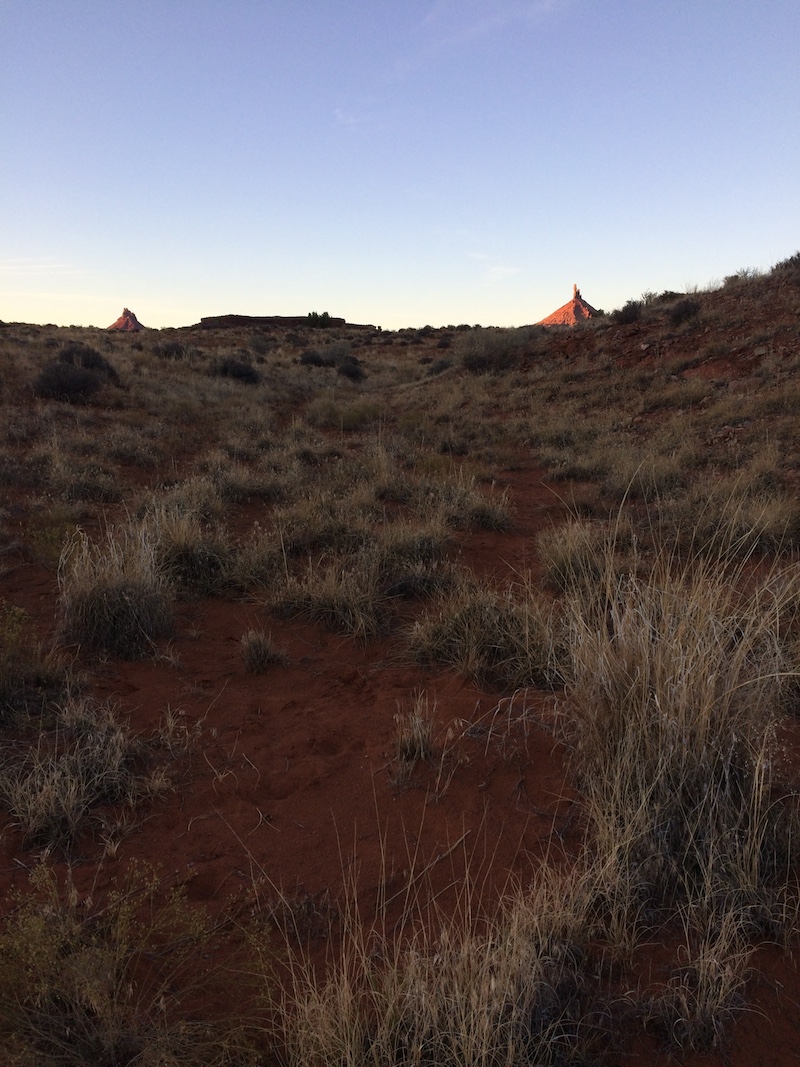 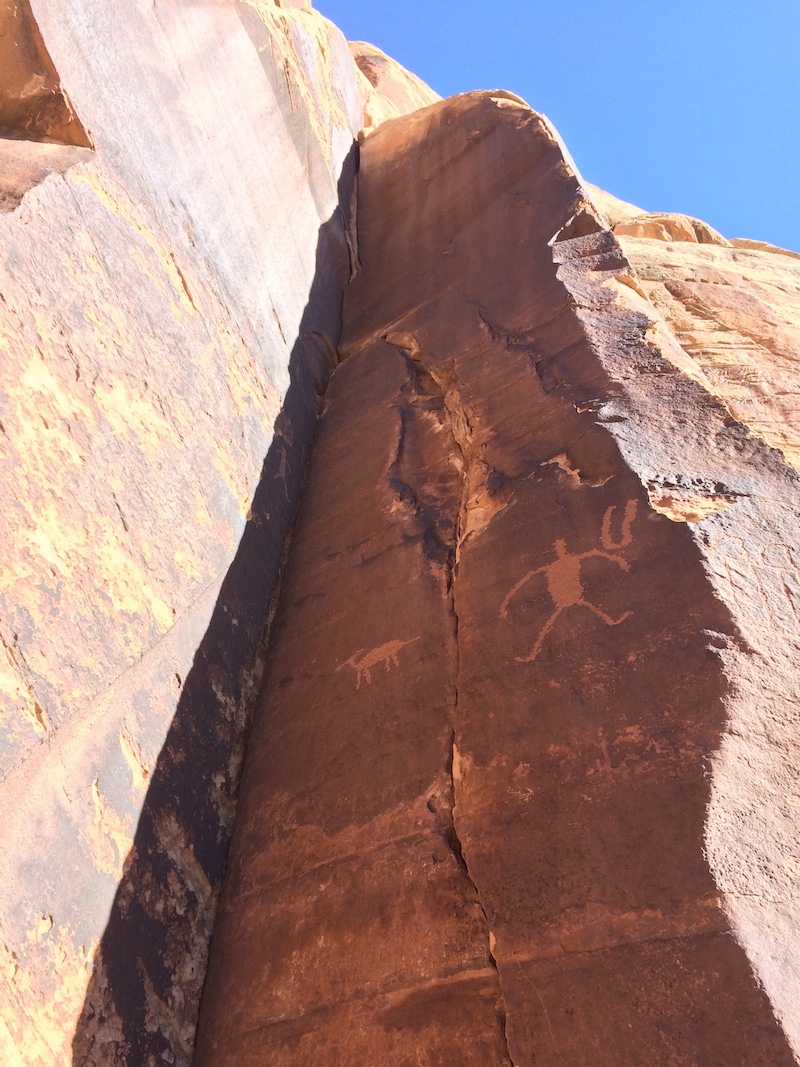 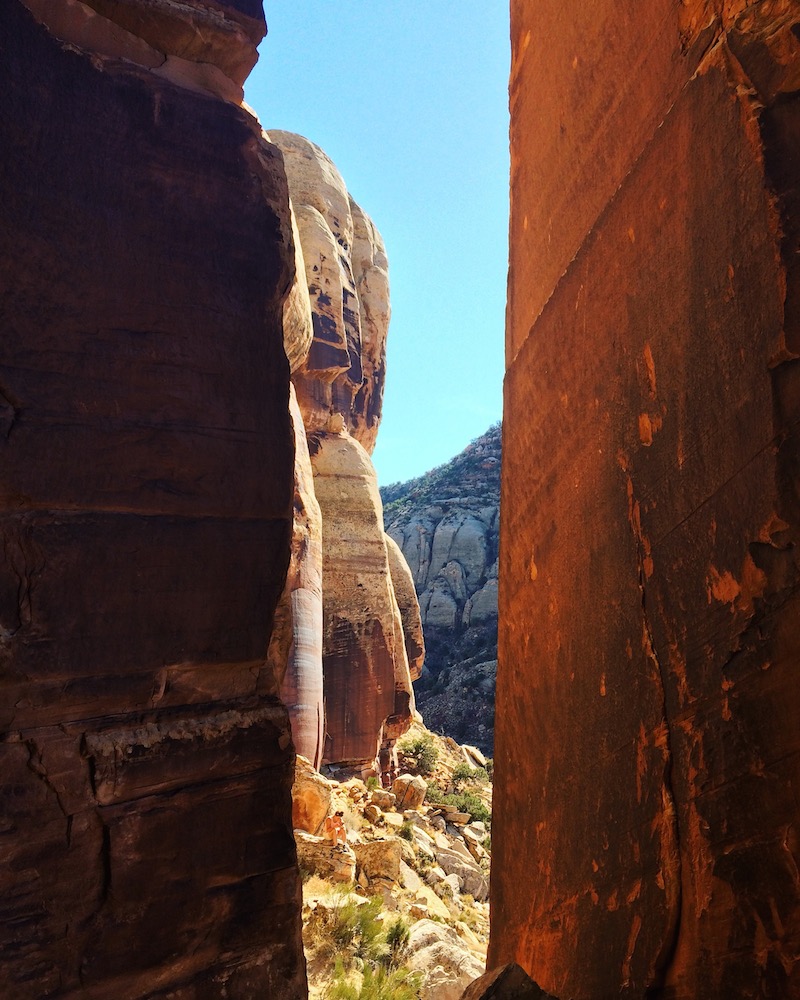 As a newcomer to such a fabled place I came with eyes open, with reaching dreams but low expectations. The only expectation I had was that what I came for would be very difficult. I came for cracks. I came for a temporary exit, to forget, and to expand in six directions.

What I discovered was that the cracks were indeed very difficult, but the leaving behind—of the footrace my mind’s always running, and an ego that detests failure—seemed to brush off my skin like the dirt I’d already lost track of. Effortlessly. 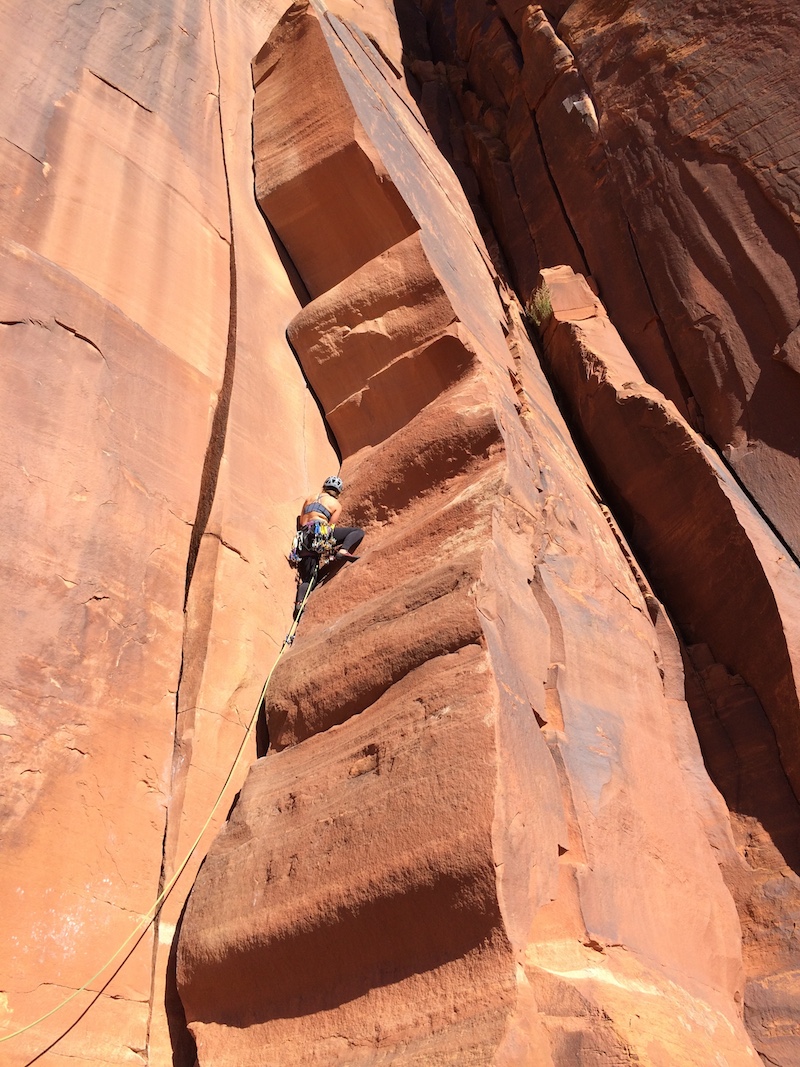 First, I was scared and then I was courageous, then terrified, then bolstered, then scared again, then restless to try harder again, then defeated, and finally at peace with simply being still among the slow-tracing shadows. I wanted time to ease in, grain by grain, same as I wanted to charge forward despite knowing that entering the fray—this tangible fracturing of geologic time—would both welcome my fervor and punish my haste in the same breath.

Any horizon line I chose to look at offered unsung stories both daunting and sober, wildly exciting with a hint of darkness. Towers of blood-rust stone stalked the twilight and so too, rose my demons. 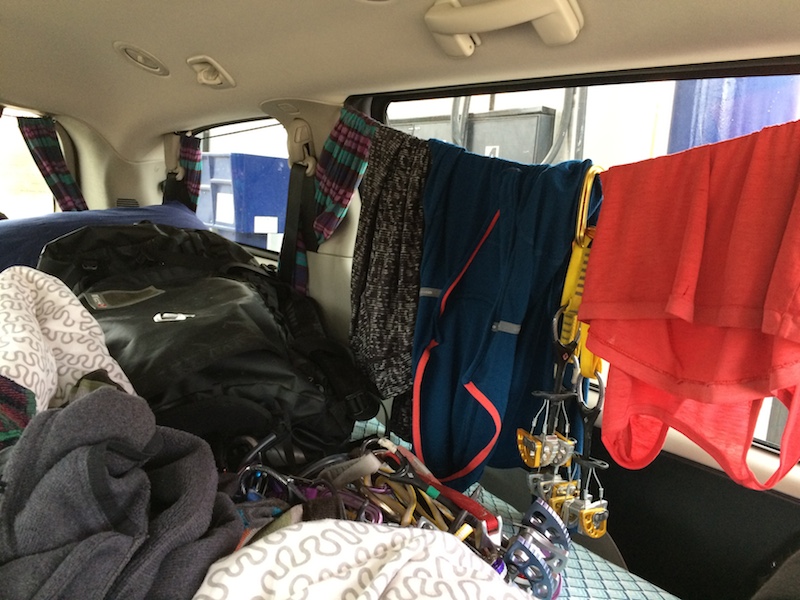 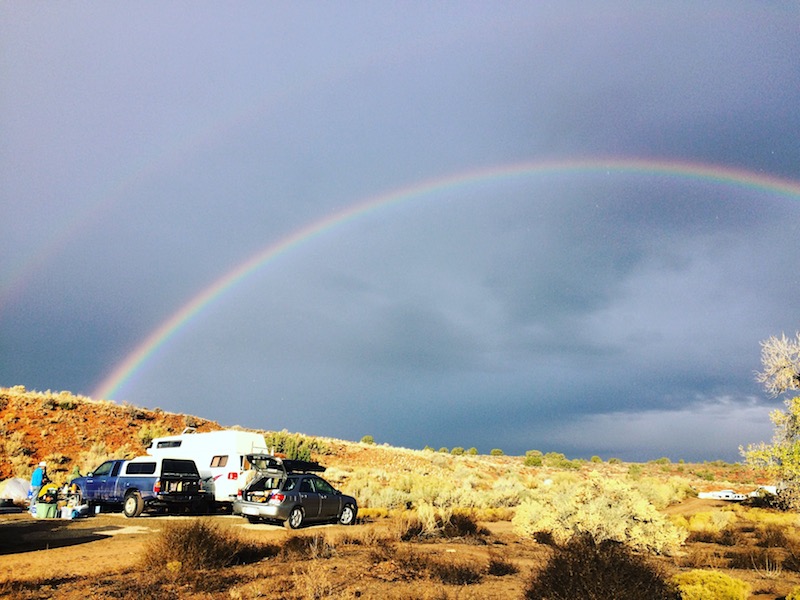 Are you doing enough? They taunted, as the shadows raced and each day’s wins and losses became the curling whispers of campfire smoke. Where are you going?

Why are you still alone?

Who are you holding out for?

What do you still believe in? 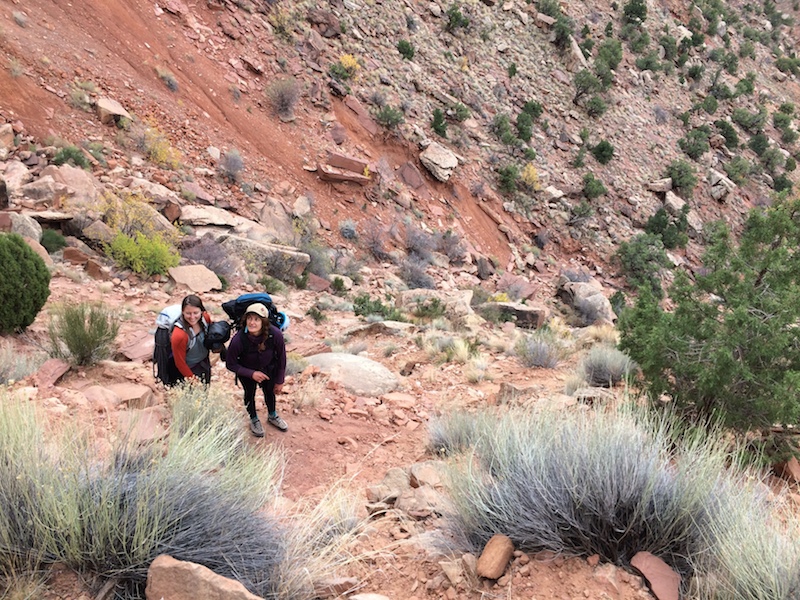 Yet, as time became something I touched, became a thing I put my hands into, while grappling with compression and points of contact and adrenaline and breath, these demons also transformed. Cop-outs and distractions became the morning prize of carrion birds, thrown from the window and left to scatter on the roadside as we drove to each new wall. This place empties you out to fill you up, I’m learning.

I felt, finally, right in front of myself. As if made of cold ash left over in a pit no longer burning; a Zen koan punctuated by windchimes of dancing metal.

What is revealed in the light? 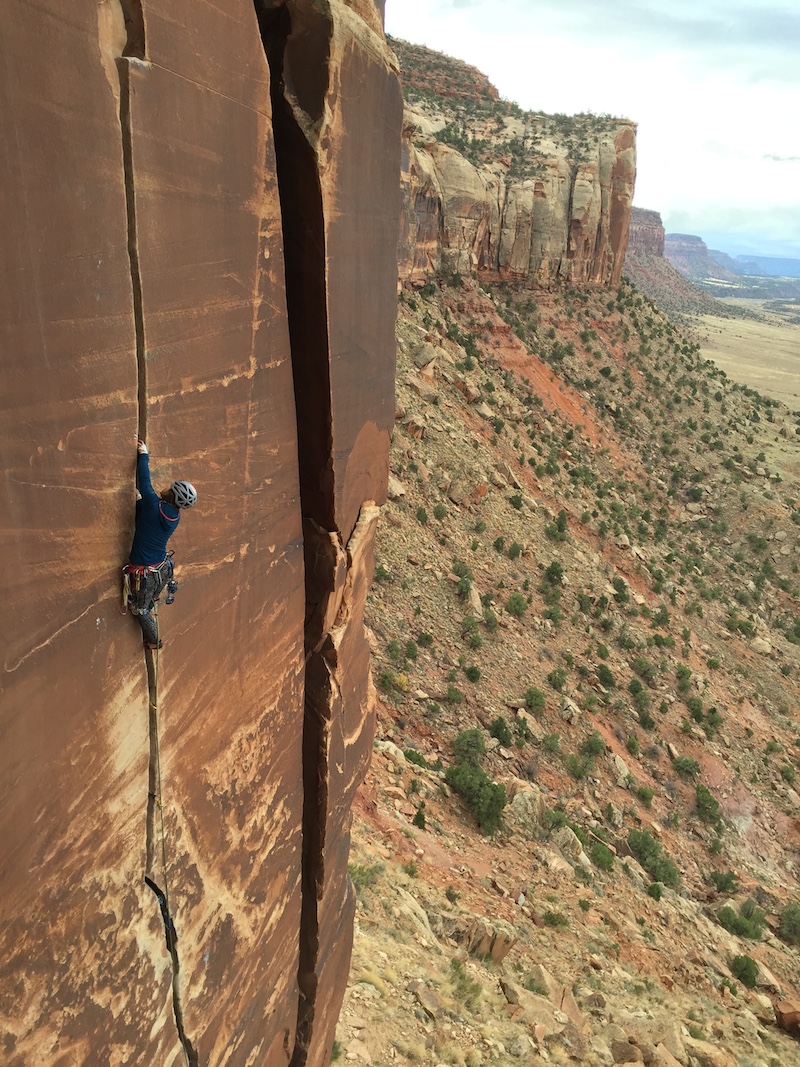