In which frozen water makes us whole again

Nature always wears the colors of the spirit, said Emerson. A photographic review of the past 15 hours speaks to this truth.

Waking at 5, after sleeping fitfully while the storm battered my window all night, was hard. I groggily put on layers, washed the sleep lines from under my eyes, and trudged out to the car with my gear. The wind had left finally, and all was hushed and cold but no longer biting. The sky was dark but hinting.

I drove up the 99 into Ballard, getting stopped at each intersection by red lights holding me back from empty streets, before making it to Evan’s ten minutes late. 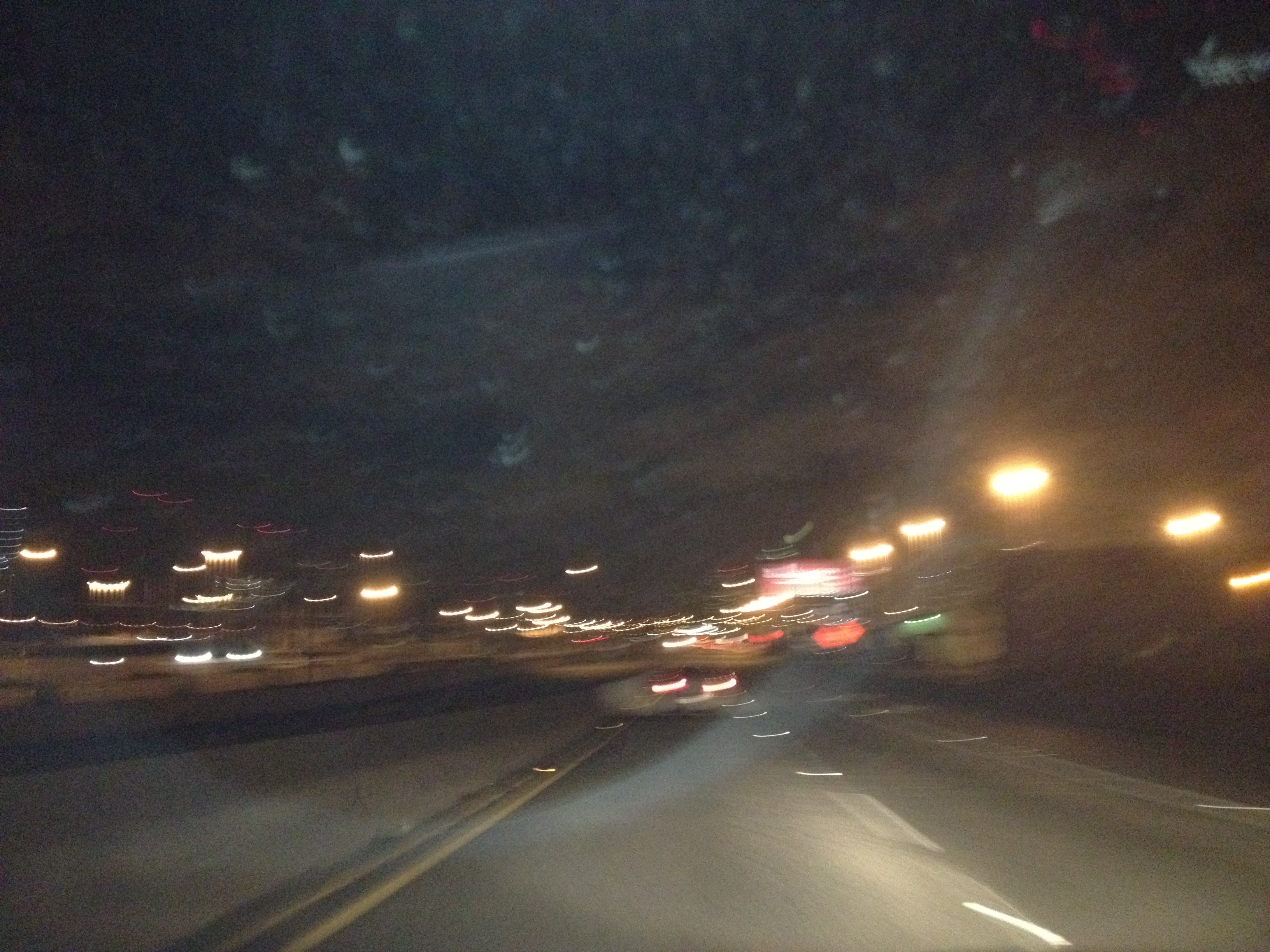 I had felt the storm internally, all this week and throughout last night. A hurricane of ego, anger and unnecessary pain. We both had reasons for needing this day, and had counted off each 24 hours that brought it closer. Evan added his gear to the pile of Expensive Adventurous Things Made of Fiberglass, Nylon and Metal in the back, and we set out into the morning, still dark.

After stopping for the always necessary coffee and baked-desserts-that-count-as-breakfast, the darkness of both our weeks began to melt off a little. The hot coffee brought me to life, and the mutual excitement for a whole day to be spent in a mountain playground transformed us as colors outside and inside shifted a bit. Cold, bitter and angry were muted into serene, subdued and downright blissful. Like the evidence of the storm that hung heavily in white all around us and swished underneath the speeding tires, my inner hurricane had not fully gone away but it had blown itself out. Exhausted of its ferocity, what lay remaining was a shield of idontcareanymore, and imgoingoutsidewhereitspretty. The storm brought us 14 inches of fresh powder. Our pre-dawn efforts were rewarded by first tracks through thick slopes and tree trails, yard-sales that made us laugh instead of bruise, chats on the lift with more happy riders than I’ve ever encountered in a day, and the incomparable lightness of being that comes from the act of flying across frozen water. Dropping into the backside, we descended under thick fog, under the line of steel towers, under the electricity snapping through the cables. They made a familiar sound, attached to a memory of skiing this same run with my mother, father and brother almost two decades ago, under a similarly oppressive cloud cover that had closed in quickly and frightened me. This time the foreshortening was a comfort, keeping the rest of the world at arms length while I delightedly pitched myself down the mountain.

We complained gleefully about how badly our legs burned, and threw snowballs, and fell down. Then Evan ate a chili bread bowl and the rest of my fries at lunch, and tried to not fall down anymore.

After a considerable effort (fifteen runs? sixteen? whatever, it was a lot), our legs guided us back to the front lodge and we collapsed into chairs. Muscles wearied, internal storms whitewashed away. Agreeing that our fill was had, we left the rest of the snow to the afternoon crowds and hobbled back to the car.

For no apparent reason, Evan gave me the stink-eye. Or, it was bright out. 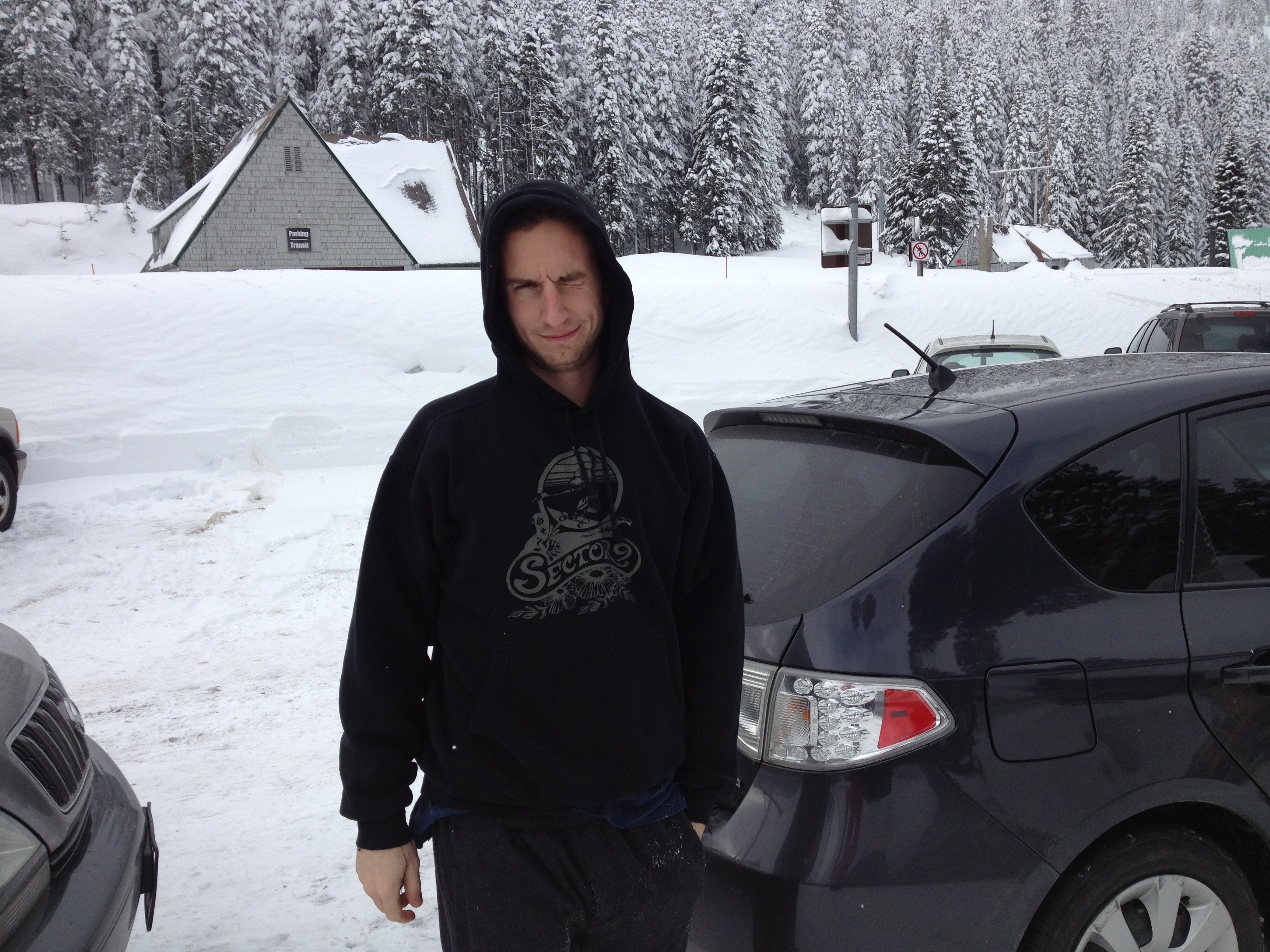 But then he kindly offered to drive, so I could just hang out and play DJ and smirk. Which I did. After all that exertion, of going up and down and around, and breathing the mountain into my lungs, and breathing out all the shit, I felt better. Much better. More like myself. The news that four people died today in two separate avalanches was chilling, and even those of us who weren’t connected to them are grieving these losses. We feel the weight because we know that each of those individuals were seeking the same joy, the same awe-induced inner slate-cleaning that these natural places of incomparable beauty can give to us. And when some really bad luck happens instead, we have to acknowledge the unfairness and unpredictability involved in something we would rather believe is only ever pure and good.

With a welcome ache in my legs, and all my limbs in place, I spent the rest of the evening counting myself lucky and basking in the comfort of our kitchen and the care of my housemates.

The storm has passed, and there might be more, but there is a light peeking through the gloom of these indeterminable Northwest winters. The one that says the cold and gray and heaviness is wearing us down, I know, but hold on.