Getting up early on a weekend never feels good in the moment. In fact, it usually feels like a terrible idea. Sometimes, the only way I can get out of bed is to give myself the illusion of sleeping later, even if it’s only a matter of pushing the alarm forward twenty extra minutes. I’ve even set it for two on occaision, when I really can’t afford the time but so desperately need to quell the screaming infant inside my head. In that case, it’s simply the luxury of getting to close my eyes again and feel the pillow on my cheek, the fleeting semblance of sleep, that counts.

This morning, I gave myself three whole extra snooze periods. And then I opened my eyes barely enough to see this: 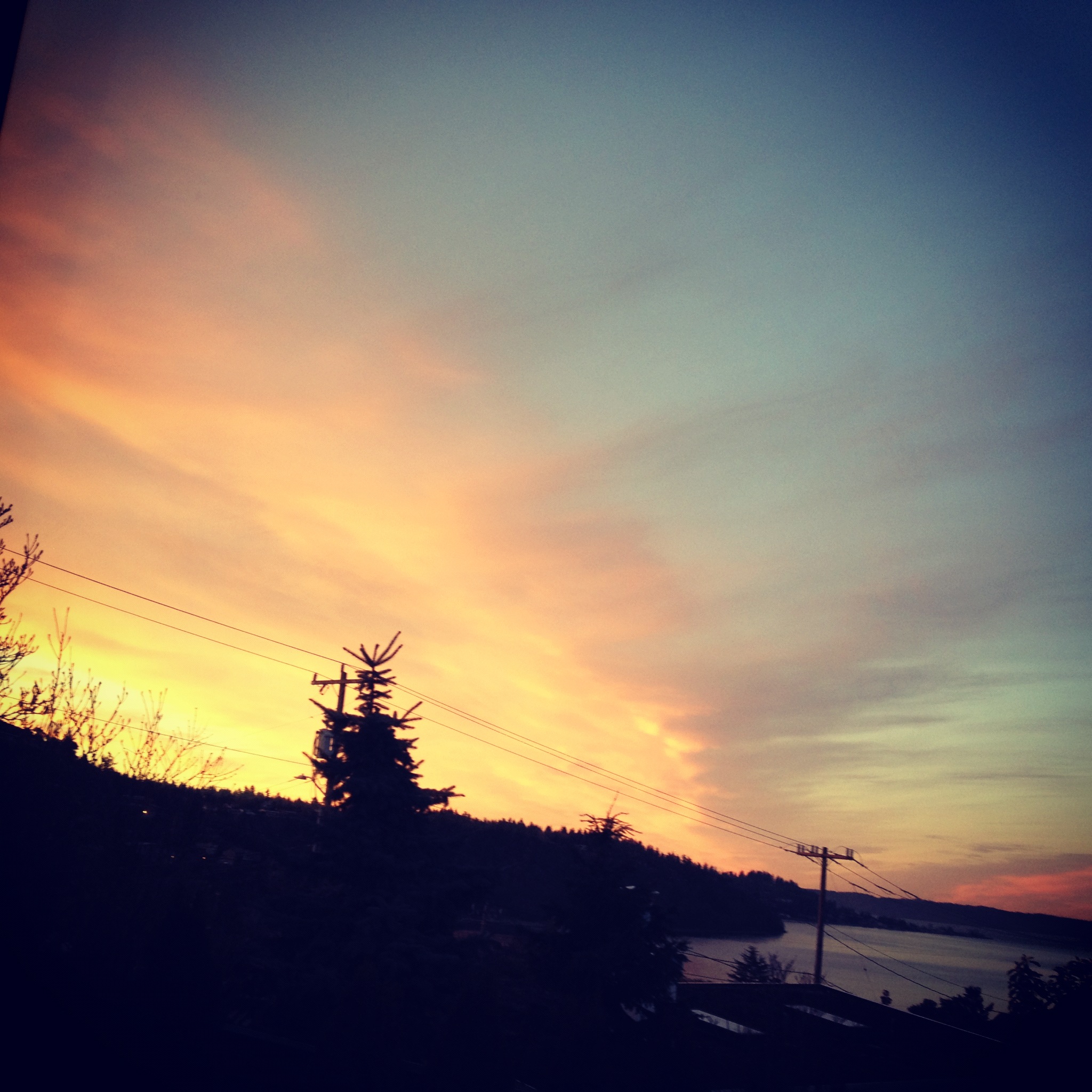 And I got up. Got in the shower. Felt fantastic. Packed my gear, ran up to the kitchen and ate my breakfast, drank coffee and flaked my awful mess of a rope all in the course of 20 minutes. I think my punctuality improves when it involves new potential partners for climbing, drinking, and general cavorting.

intr.v. ca·vort·ed, ca·vort·ing, ca·vorts. 1. To bound or prance about in a sprightly manner; 2. To have lively or boisterous fun; romp. 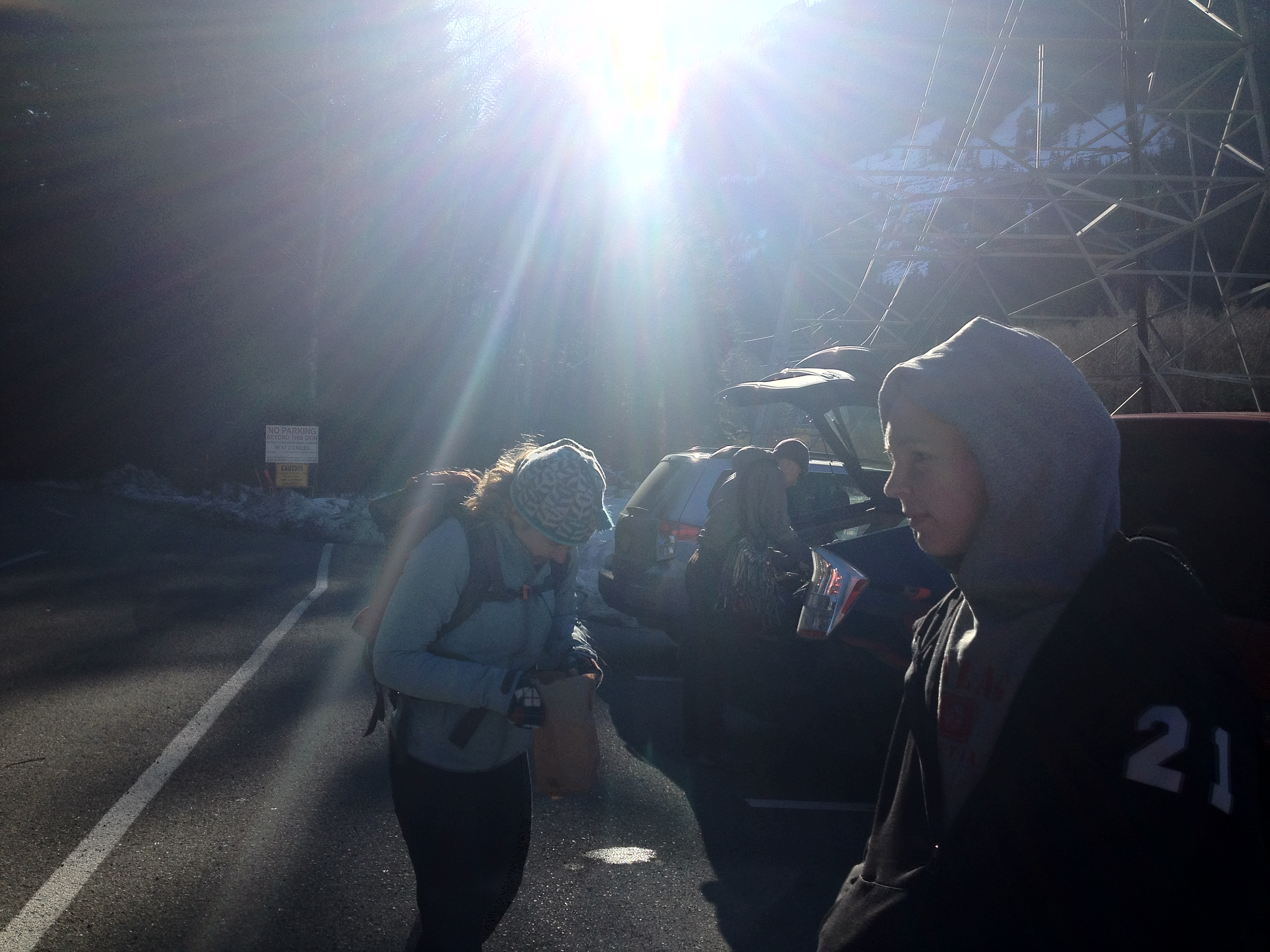 This is Melina, Amber and Chris. We’re not cavorting yet here. Wait for it.

We met at SBP, assembled ourselves into a happy caravan of two and drove east. After obligatory stops at the North Bend hardware store for peeing (and a Discover Pass), we arrived at the parking spot beneath the power lines at Exit 38. They weren’t crackling like I remember them in the summer, casting an eerie static over the asphalt where we had watched the ambulance speed off searching for a fallen climber. Today they stood silent as we let the dogs out to race around, stretched our limbs, sorted our packs and zipped up against the sharp wind. 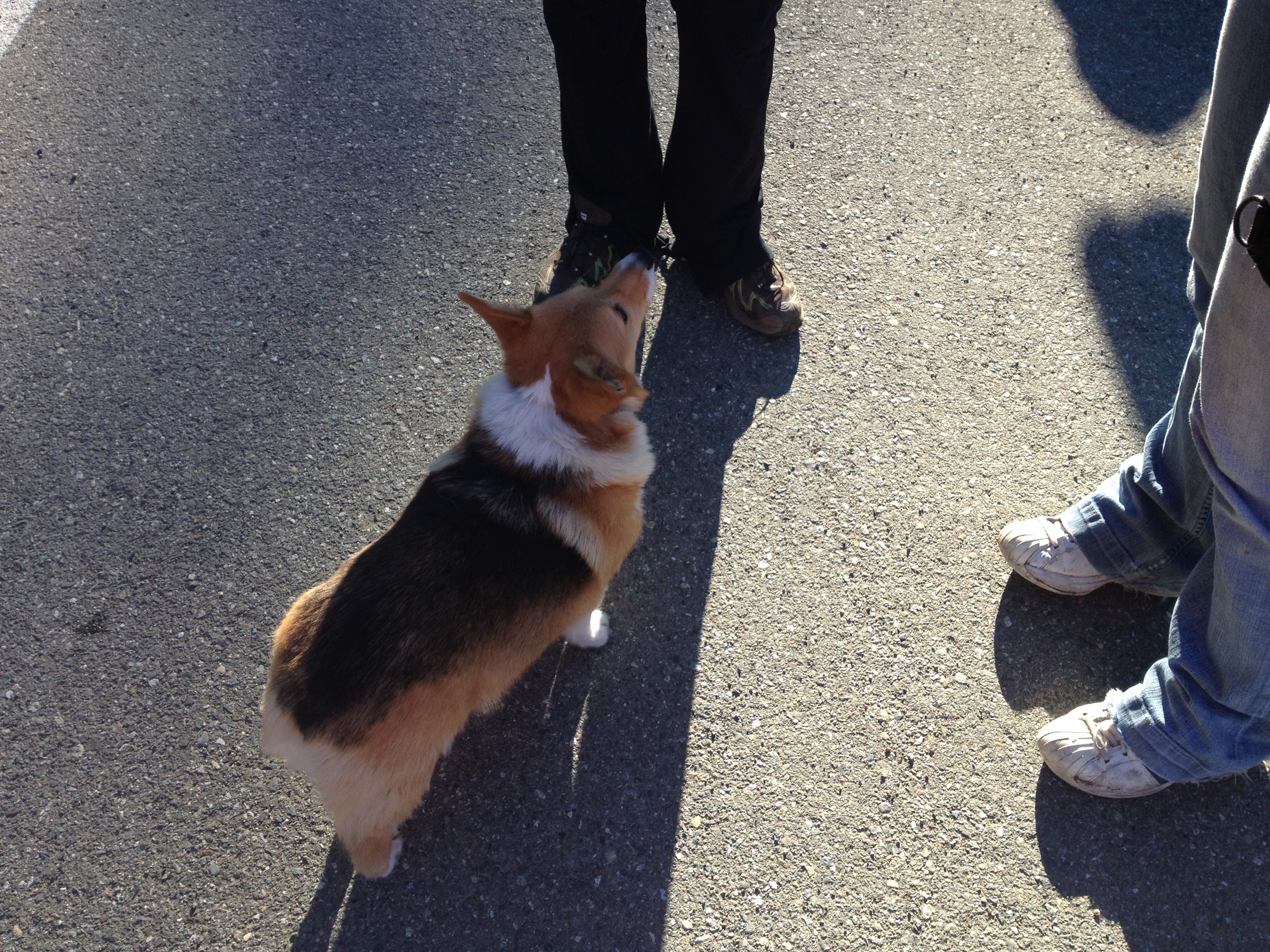 The sun made us exuberant, even in the cold. It refused to let us be negative about anything. Look at this! it said. It’s February, damnit! Be joyful!

And we were. So much so that we cited our prettiness as an excuse to make Chris run back to the car for his SLR. Because, well, we all looked so fresh and rosy and goddamn happy in that sun, and in the middle of winter that is something that should be documented. Chris obliged, because he is an excellent human being.

We hiked up into the trees, picking our way around fallen trunks and snow patches and spongy earth. At the wall, we gazed up at the rock faces where the sun was hitting and wished it was lower. Chris led the first route, and Amber followed. When it was my turn, my fingers were so cold that I could barely feel sometimes if I was grasping a hold as tightly as I hoped I was. In a few small jams, I thought to myself I think this hurts.. but I’m not really sure.

Halfway up, the route emerged into sunlight, and relative warmth. A breeze that was barely hinting at summer and the spoils that lay ahead swirled around as I reached the anchors. Despite our cold hands and toes, and the sloping snow patch that was our belay station, if this is what February was going to give us, we were happily taking it. Paging through one of my climbing mags when I got home today, I happened to stumble upon a ‘tips’ column from some famous climber in Boulder who thinks ‘it’s annoying when people post too many pics on Instagram.’ She prescribes a ‘one to three uploads per day’ limit. I scoffed out loud to myself and scribbled BlASPHEMY with a big circle around it in black sharpie to give to Melina later. If there is mobile service at the crag, psh, lady we’re Instagr.aming the shit out of everything. Does she not know how anyone’s ho-hum life can instantly be transformed through an Earlybird or Lo-Fi filter?? I mean, really. Here, look: After each climbing two routes, in between the dogs fighting and slipping around on the snow and momentary chaos of dropping ATCs and shoes into the ferns, we called it a day. Amber and Melina had work to get to soon, Chris had some powder to go ski while the daylight lasted, and I was a tumbleweed in the wind. We said goodbye to Chris back in the parking lot, and hauled ourselves with muddy pants and ruddy cheeks over to the North Bend Bar and Grill for brewed things and fried things. And yes, we all took a photo of it. Any time one survives the potential harms of the wild is reason to celebrate, and during this time, one should never be concerned with calories or partially hydrogewhat in their ranch dressing.

So that was the day. Are you wondering where the Sea part comes in? It’s right here. Friday
In which frozen water makes us whole again