“Chaos was the law of nature; Order was the dream of man.” –Henry B. Adams 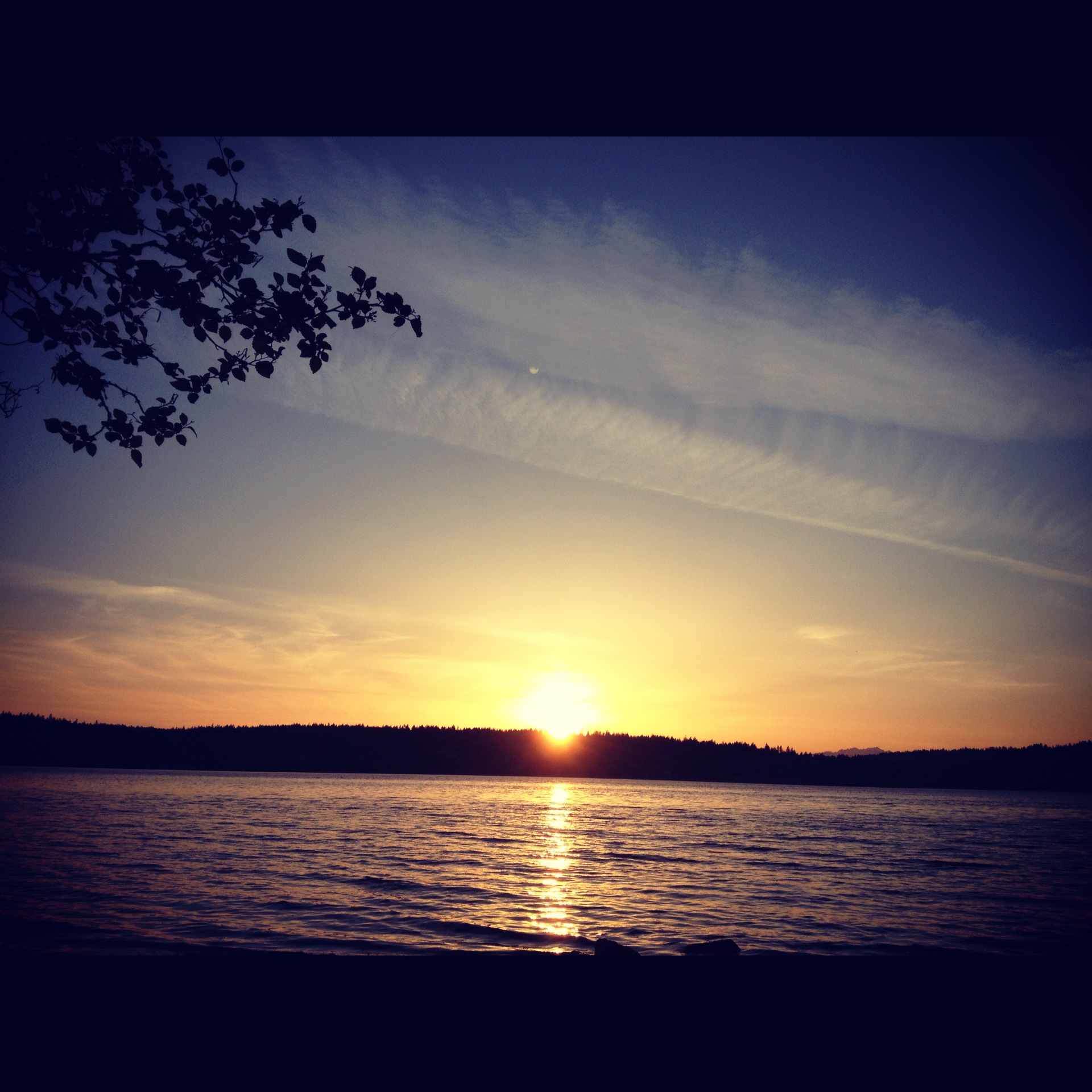 Not long after the quieting gauze which the lacunae had thrown over my life had settled, like a scarf placed over a canary’s cage to soothe it’s song into slumber and filling my hours with a strange, paradoxically comforting and agitating hush, the ship righted itself and the terrible beautiful chaos of life came rushing back.

I had just been getting used to the idea of a pause. A momentary reprieve from constant motion, decision making, life rearranging, map drawing, list making, dream scheming. Here, I thought, I can just sit with myself for a spell and be. Think, breathe, feel, sleep, rest. 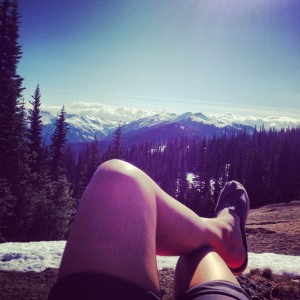 And I did. And then it all went to shit, and I was expelled from the lacunae with the force of ten thousand starlings like the murmuration I saw twisting and hurling and churning in the late afternoon sky through my windshield as I drove north from California in the last week of November.

Now, I go to sleep late and awaken early, when the summer light floods my curtainless room and seeps into the creases of my eyelids, urging me up. I hear the footsteps and light clatter of a housemate getting ready for work at 5:30 and my brain says getupnow, hurry, there’sjustsomuchtobedone! while my limbs protest. They are tired from all the miles I’ve been forcing myself to run along the shore this month. 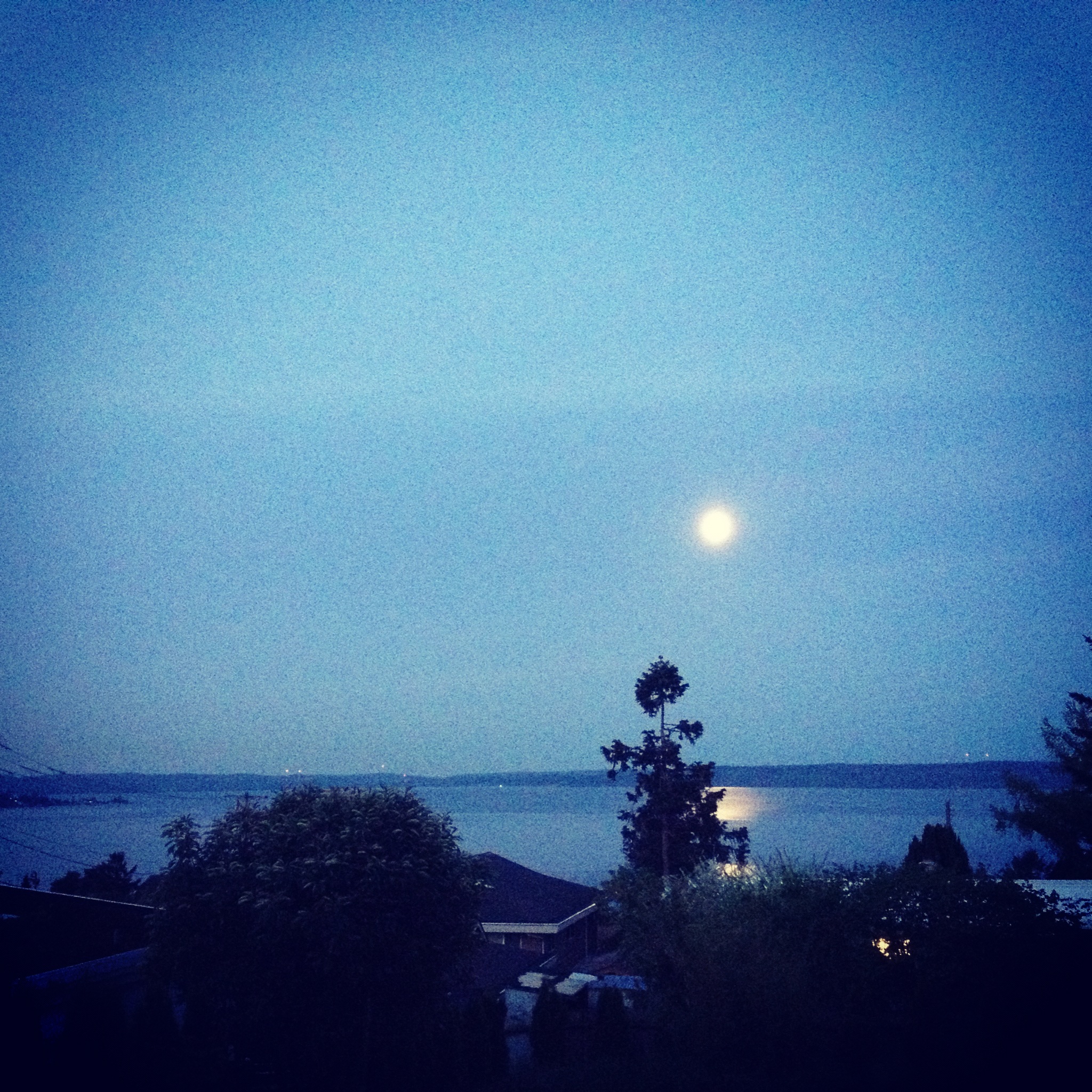 Are you training for a race? asked the sales boy last week, pinching the top of my shoe to feel for my toe as I hunted for a third new pair that didn’t squish my misshapen feet into a blistery hell and squinted at the price tags.

No. Um, yes. Well, sort of but I haven’t really committed to anything, I fumbled. While I had no need to impress upon him my level of ability, he seemed like one of those real runners, and I wanted to be accepted into this club of real runners, too, my pain and suffering and sweating acknowledged by someone else who understands the cult-like draw to this particular form of self torture.

He acknowledged my pain with an okay, cool and continued to tug at the laces, kneeling at my feet while I sat awkwardly in the chair looking down at the pristine molds of polyethylene and foam cradling my pathetic, bunioned toes half-colored by the remaining jagged chips of nail polish I’d painted on months ago. I’m not sure if his reply meant I was part of the club or not. We decided the new shoes would work, I forlornly handed back the neon Nikes that had attempted to revert my incorrect bone structure like Chinese foot binds, and then went for a long run around Greenlake during which my feet finally did not feel like they were strapped to torture devices. Third time’s a charm, I guess. 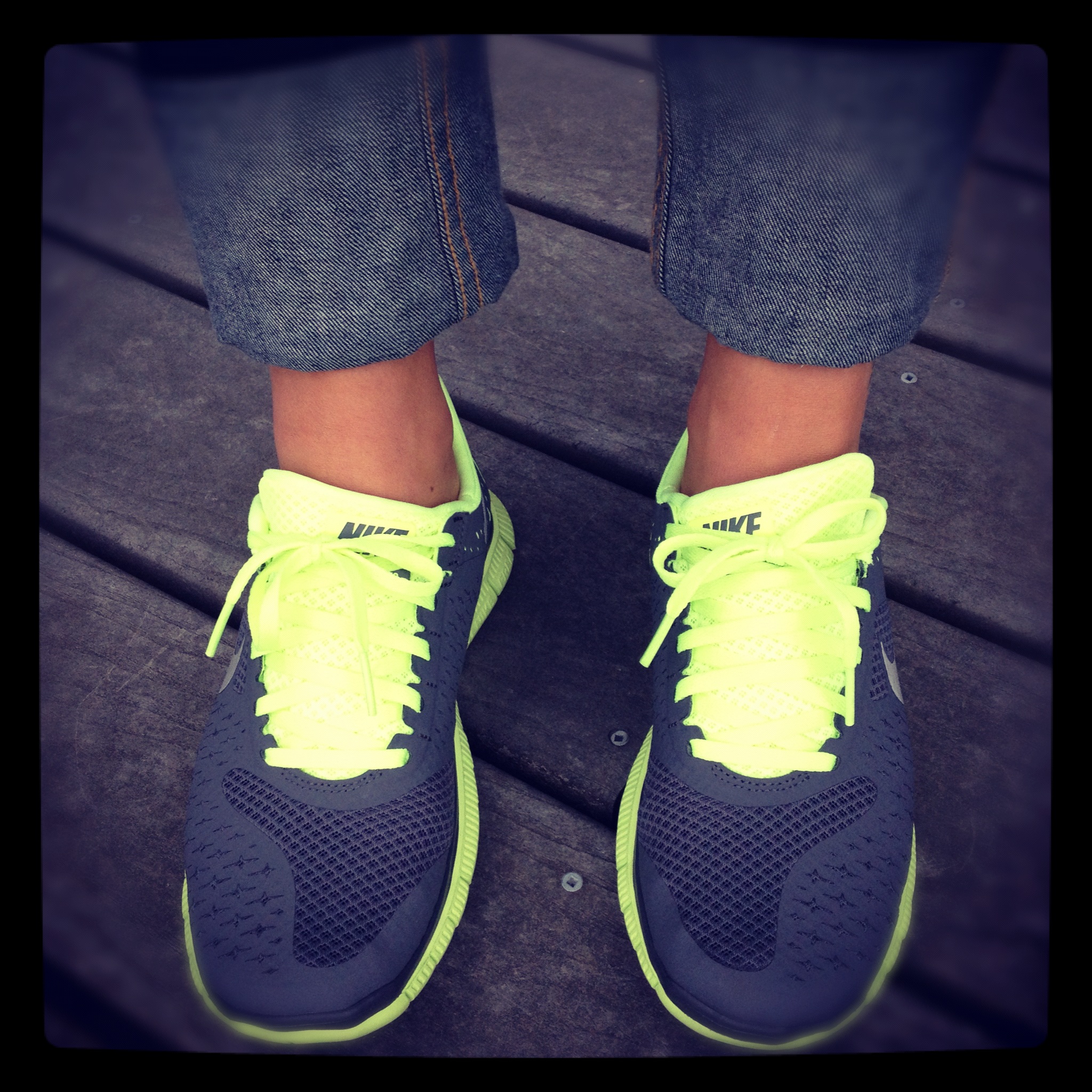 I might be stupid enough to sign up for a marathon in August, but really, I’m just running to see how far I can run without stopping. Maybe, partially, to feel like I can command some part of the chaos, even if temporarily, even if it’s completely arbitrary to the events going on outside my mental bubble of rubber-meeting-road. Putting myself through temporary stretches of pain and battling realizations that I could be doing something so much more fun with my time to push my body toward new heights. Of what? Of fitness? Sure. Of achievement? I guess, though it’s all relative: some might say getting to two miles without heart failure is achievement enough. Twice now, I’ve reached nearly 20 miles in one go, and after the first time my reward was a stress fracture of metatarsals one and two. Hence the new shoes that can sustain the battering of pavement for longer periods.

Whatever the impetus, I go to sleep exhausted most days, but I feel stronger. In body yes, but more importantly in my conviction that I’m finally moving toward something that I can envision a future in, and simultaneously one that does not pin me down in a singular location, job title, or industry. 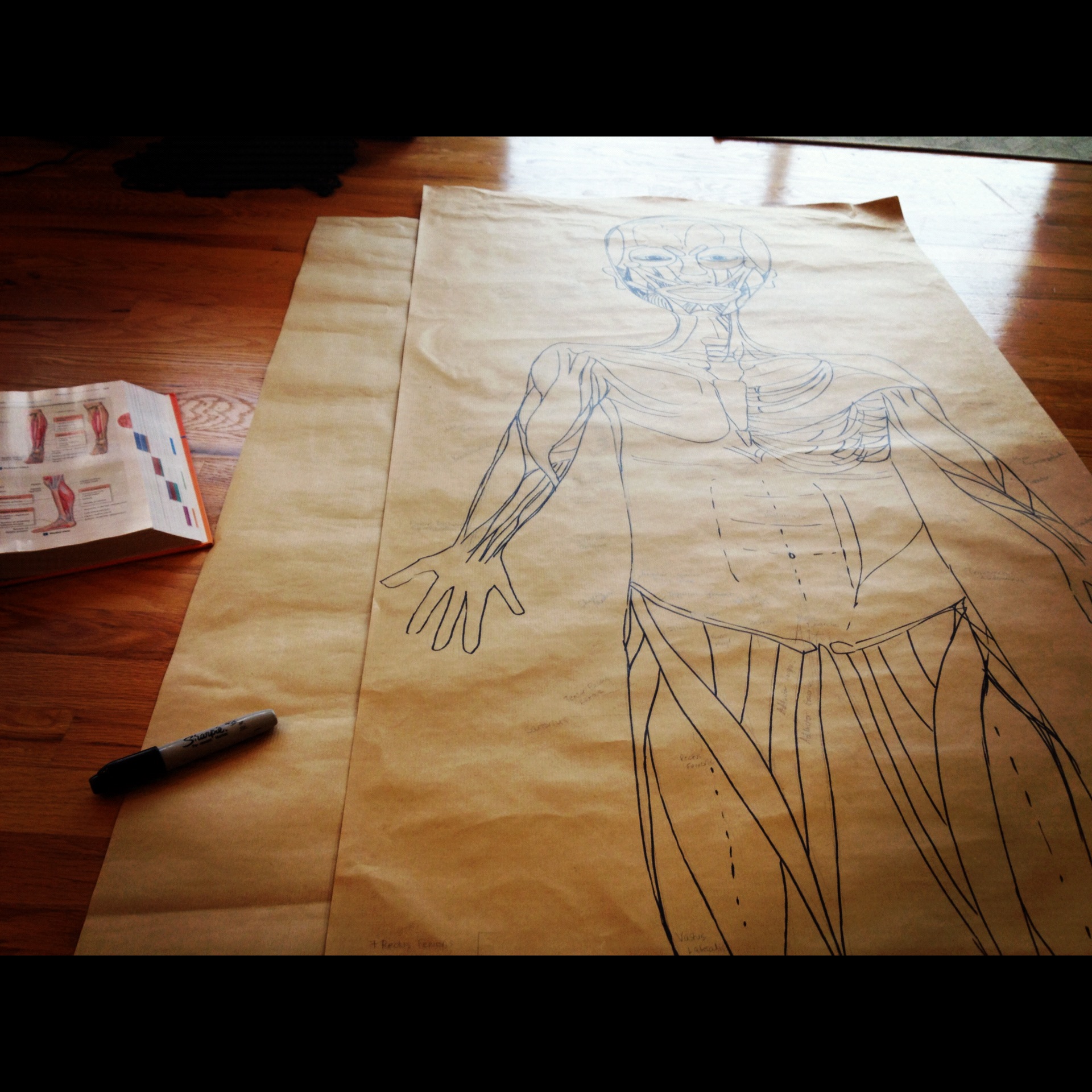 The chaos feels good, feels more normal to me. The deadlines and scheduling and list making that I’m forced to do to keep myself on track are welcome, because they give my procrastination boundaries and I get more accomplished. For now, I’m just barely eking out enough to get by and it’s my own fault for choosing to eschew a conventional job to pay the bills, but for this temporary spell it means I have a balance between work and school and play that I’ve never had before on entirely my own terms. My office, often, looks like this: 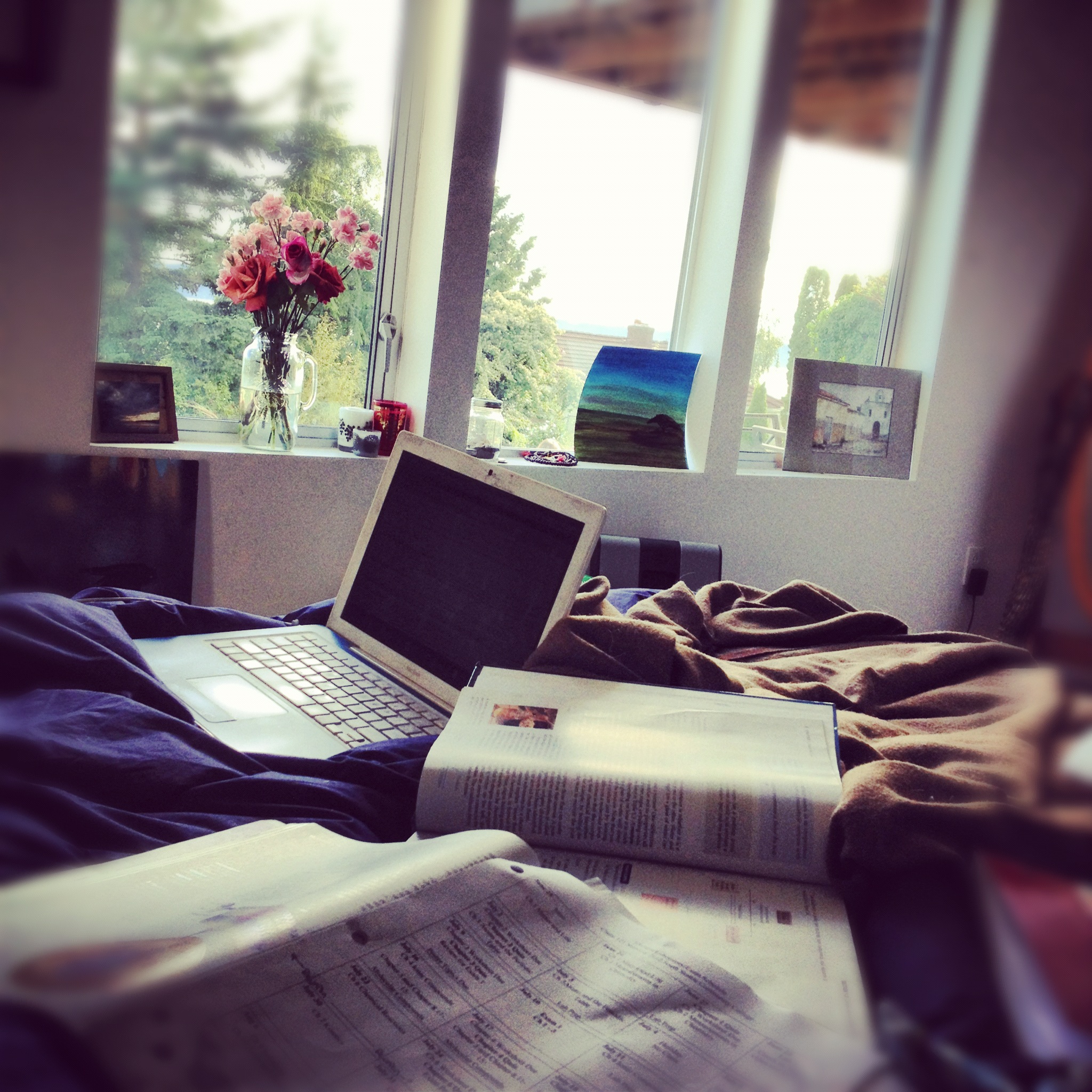 Other times, it’s my parents’ kitchen table, or a favorite coffee house or a friend’s apartment in another state. It is this endless choice of cubicles that stops me from complaining too loudly about my pauper’s income, for now. In the mornings I attend class,  and then write and study and read voraciously, consuming news and books as if they were at risk of being burned tomorrow. In the afternoons and evenings I get jacked on espresso shots and work as fast as I can to edit the questionably important works of the Academy’s fledging elite which most of the world will never read, so I can run off to join my friends on impromptu climbing sessions or for summery drinks and shared fits of laughter at the neighborhood bar. 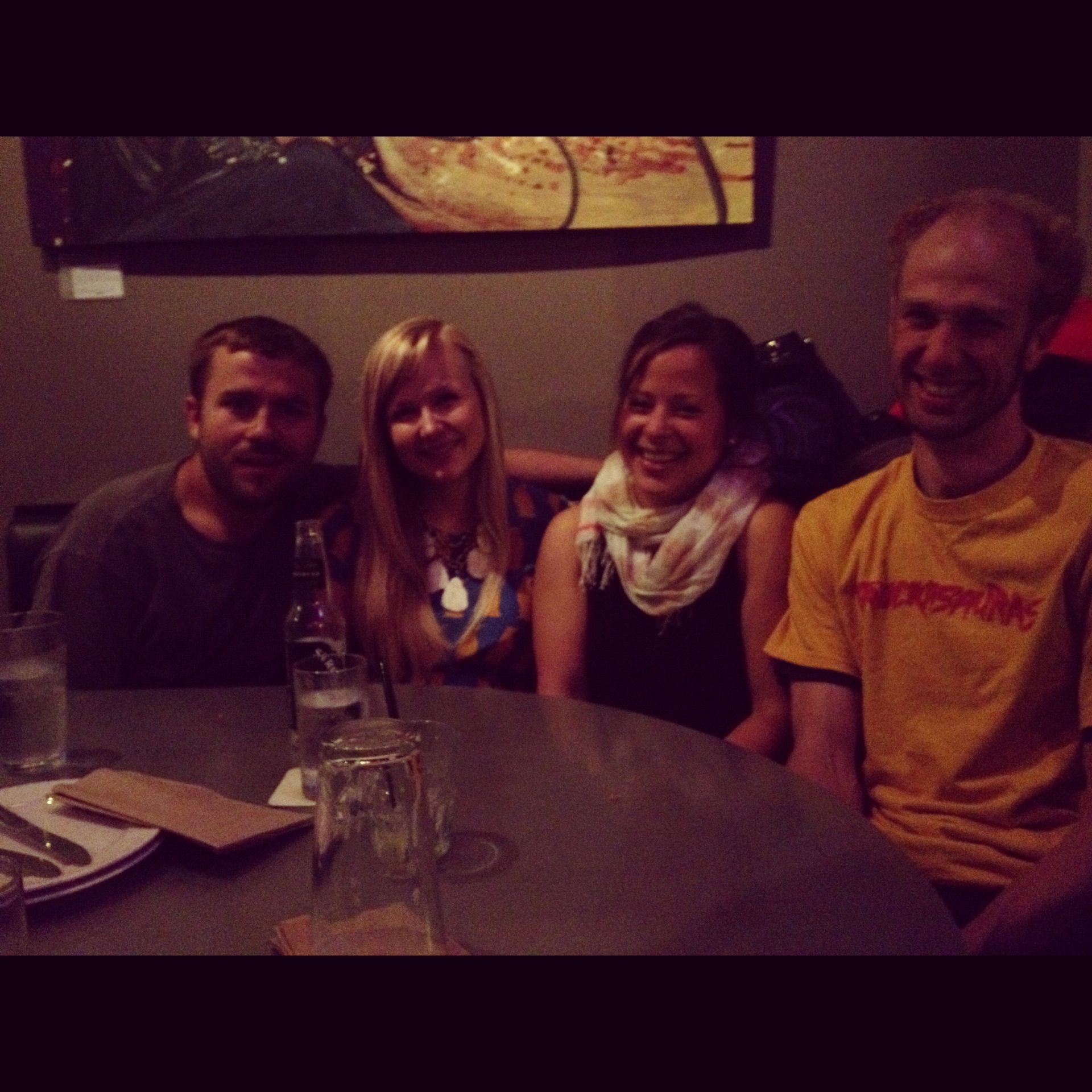 Later, the weird, colorful stuff of my subconscious mashes together in strange, vivid reflections of this on-the-fly, riotous summer I’m allowing myself to have. Last night, I dreamt I was writing femoroacetabular impingement in gigantic letters of white paint across a large swath of pavement, before finding myself at a house party full of guests I didn’t know belonging to a tall man with freckles and rescuing my ex-boyfriend’s sister from trying to jump off a balcony (Analyze that, Freud). I never remember my dreams when life moves at a slower clip, and that always disappoints me. I like it better this way, when the chaos spans across all realities. As Rilke says,

It seems that things are more like me now,

That I can see farther into paintings.

I feel closer to what language can’t reach.

And in the spare quiet moments, I continue to wonder at how my choice to ditch the law and order I’d thought I had to follow, back in that tumultuous August, has taught me to trust the unknown instead of fearing it. The future in fine detail is unforeseeable, same as it ever was, but when I zoom out a little now I can finally see myself in it. And I look happy. 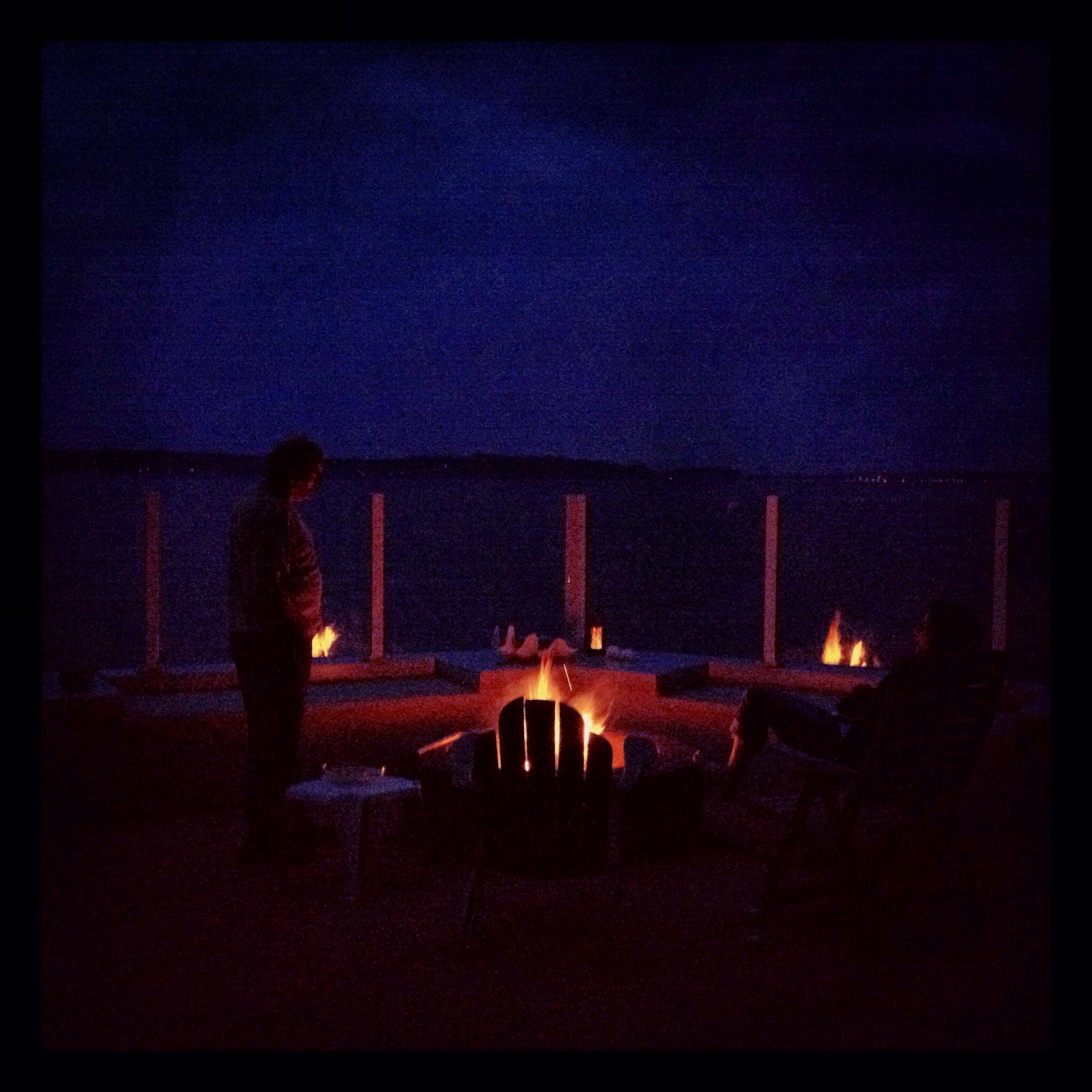 archived
On love and impermanence