On love and impermanence 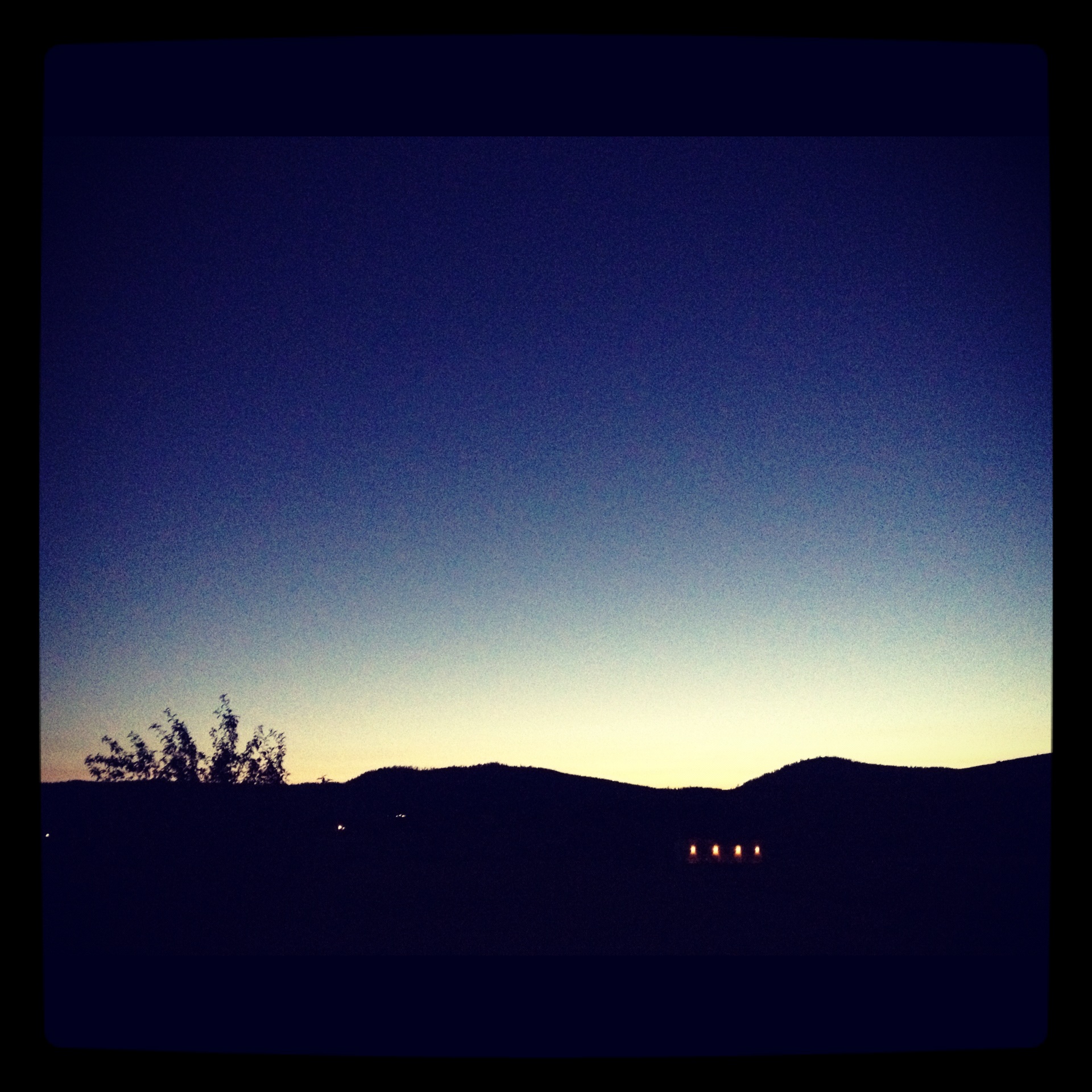 I’ve gotten up early, before the sun has crested the mountains and while my nineteen other relatives, gathered together from both coasts and the plains in between, are still slumbering throughout the house. The peace is mine alone to savor. I brew coffee while staring through the kitchen window to catch the exact moment that the light will peak over the Marshall range with enough brightness to burn an afterimage, officially announcing itself risen. 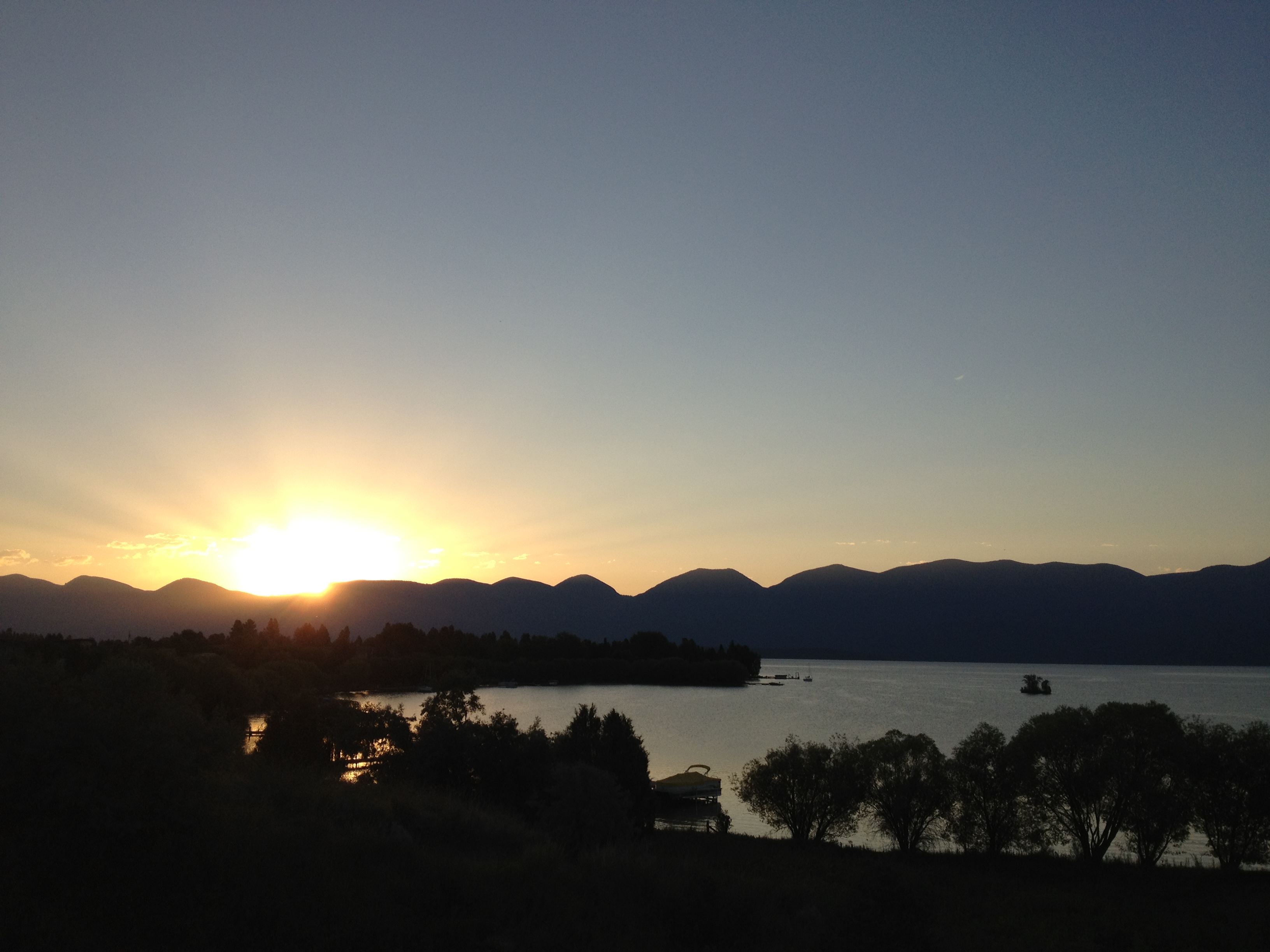 There, it rises. I watch it slather the mountains in gold for another minute, and then sit down with a steaming mug to get at my work before the noise level will inevitably grow as bodies awake throughout the house to stagger toward caffeine and sunlight.

My grandfather and my grandmother emerge a half hour later, early for most but normal for their aged bodies that operate on less sleep, the way old bodies do. I don’t pay much attention at first, trying to block out all distractions as I feel the few remaining moments of quiet rapidly ticking away while others stir nearby. But after a few minutes, I look up from the keyboard and see my grandfather sitting alone on the deck. He has his eyes closed and is smiling slightly, enjoying the rays that are streaming into his face and warming his arms.

I close the screen and walk outside, closing the screen door behind me. 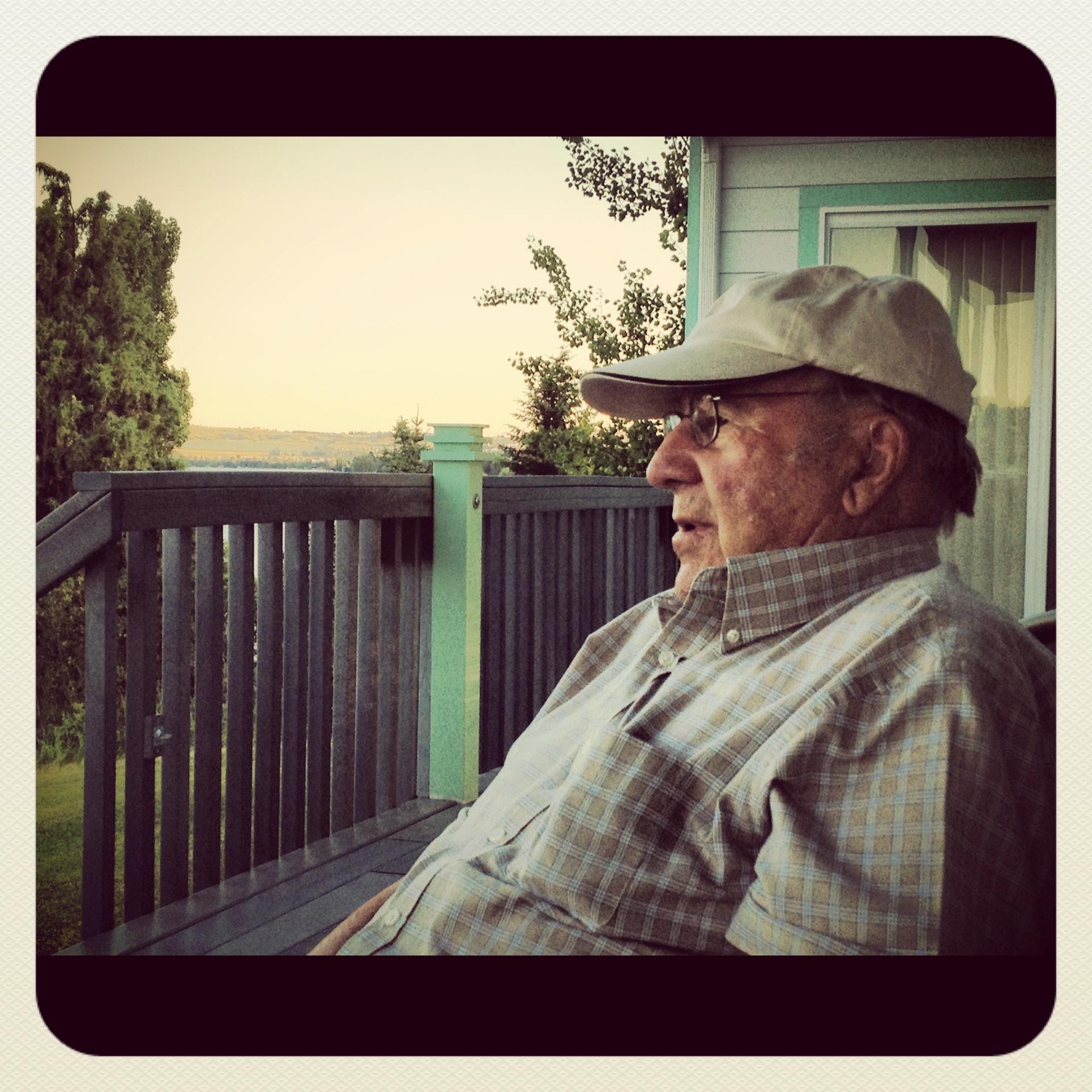 I sit down facing my grandfather as he squints in the now glaring light, his mouth turned up in a warm smile as he nods a silent welcome. Overlooking the lake, our vista is silent except for birdsong drifting on the wind and the slow conversation we begin to lob back and forth between our chairs, made of few words between long, thoughtful pauses. It is mere minutes of the four days I’ve spent here, cramming work in between family dinners and games and a few indulgent spells of laying in the grass to sun myself, but they are minutes I hold very close to my heart.

Sometimes, like these, the silence shared in between the words says more. Sometimes it’s all that is needed. 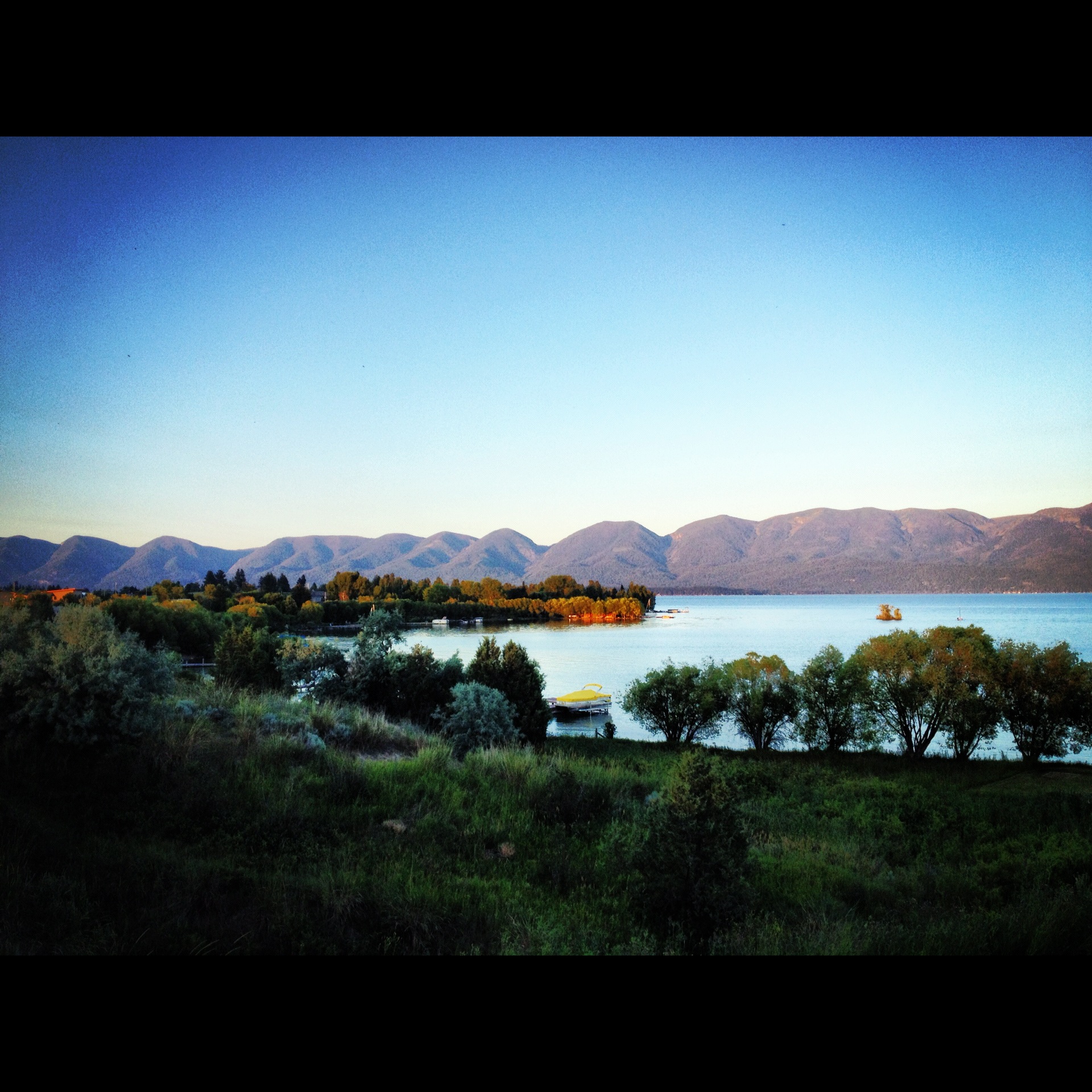 Deadlines and work are always there, but the people we treasure are impermanent. Everything that we value in our lives has this nature: Impermanence. It makes many of us afraid to love, fully. Afraid of losing what we love, we stop ourselves from being completely vulnerable. We leave up walls to avoid the pain of losses that we know are inevitable. Sometimes the walls are thin, sometimes thick as blast-proof concrete.

Impermanence can be a loved one dying before we expect them to. It can be the breaking of a union that once represented joy and trust and commitment, but has now dissolved into confusion and hurt. It can be the result of life diverging in a way that removes someone or something we love from our daily routines, no matter how hard we try to control and contain them.

Even my grandfather, it’s true, is impermanent here––though God forbid he leave us any time soon because he owes me a letter, he claims, and because I have so many more trip reports to share with him. Same with my grandmother. These two are models of love and success that all of us in the branches below are trying to emulate. And I still have so many questions. 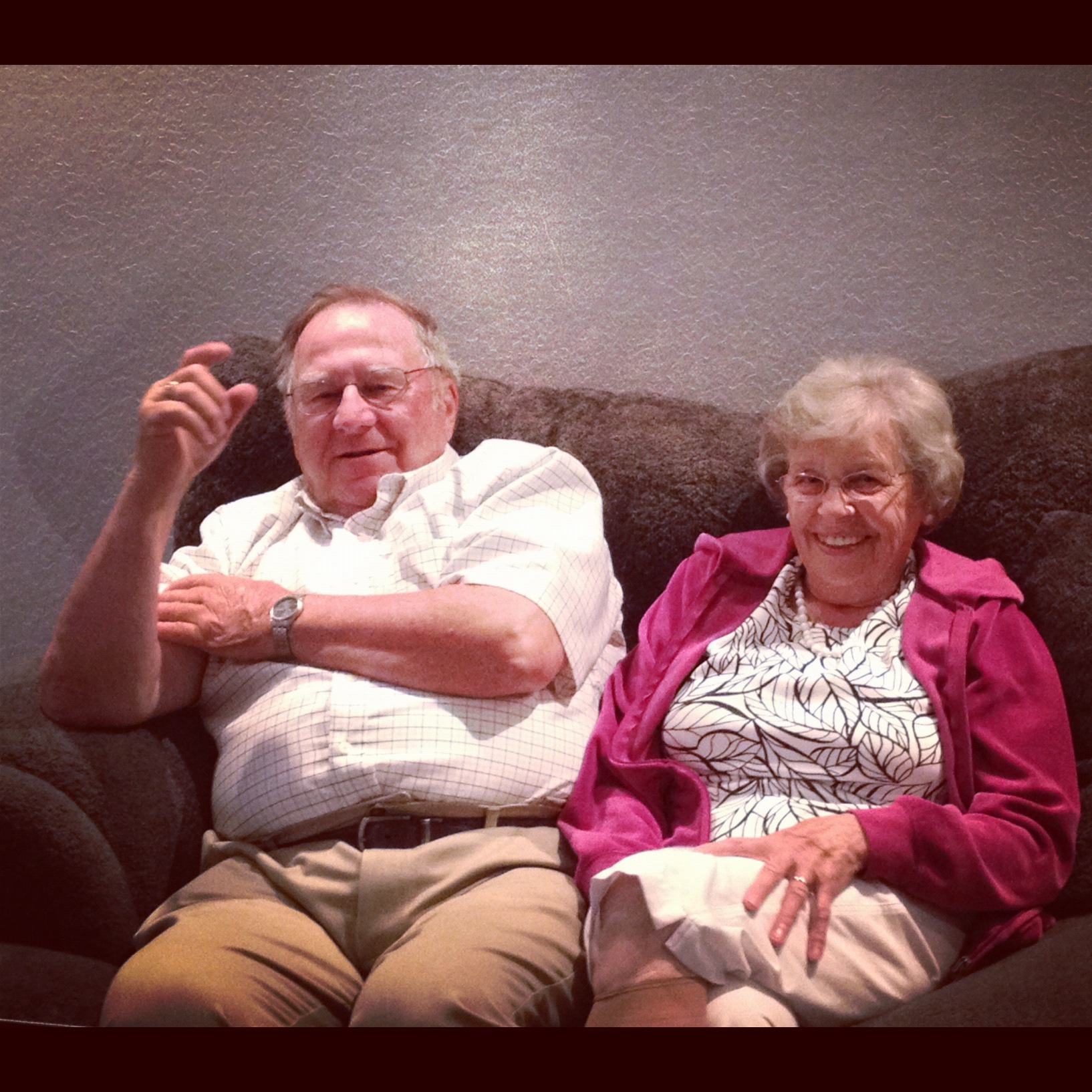 But still, this tricky element of existence that we hate––the fact that we can, at least physically, end at any time without warning––is unavoidable. The challenge, said my housemate last week as we stood in our kitchen talking about the shooting in Colorado, is to reach the point where you love, more deeply than what most of us have courage for, because of the impermanence. Not in spite of it and in fear of it, but directly from that trait of fleetingness.

I think he put it more eloquently than that, but anyway. I’ve been musing on it all week. It’s the ultimate form of love, I think. The pinnacle. 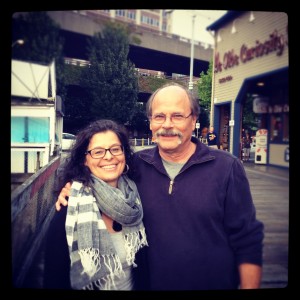 Do we love others through an extension of our subconscious understanding that all things end, are taken away, or are not really real? Is love, then, in its purest definition an act of servitude to another that both embraces and rebels against the impermanence? Perhaps it is having the courage to “love deeply, yet hold loosely,” as another of my wise friends often says.

However it’s best stated, I am more conscious of it now than I can ever remember being. I feel less afraid of loss, although I am unsure why, and I feel courage in the decision to be vulnerable toward those I care for deeply––be it my grandparents, parents, friends, partners or strangers. I don’t look forward to losing anyone, quite the opposite, and I know the pain will be there. Surely, it’s not a perfect formula. There are days where fear trumps courage. But they are rarer, now. Again, Rilke’s lines speak to me from old pages:

“Let everything happen to you, beauty and terror, no feeling is final.”

Maybe witnessing so much misery in the last few years has led me to simply choose to give as much love as I can to someone while they’re here and I’m here––not just through my relationships but through my career choices too, as an aid worker and now, soon, as a nurse. There will be plenty more death and loss and pain to encounter through this work, I know. And no matter how much care and advocacy I can provide for a patient, sometimes they will die. Sometimes, there will be blood and destruction and very audible suffering. I know all this, and I think about it frequently, but I don’t feel trepidation for it. Ironically, it has given my work more purpose––even as the existentialist on my shoulder shouts that purpose is all human-constructed bullshit and none of it means anything. In spite of that, maybe even directly because of that, I choose to love as deeply as I am capable, as my way of giving life’s paradoxical nature the giant middle finger. 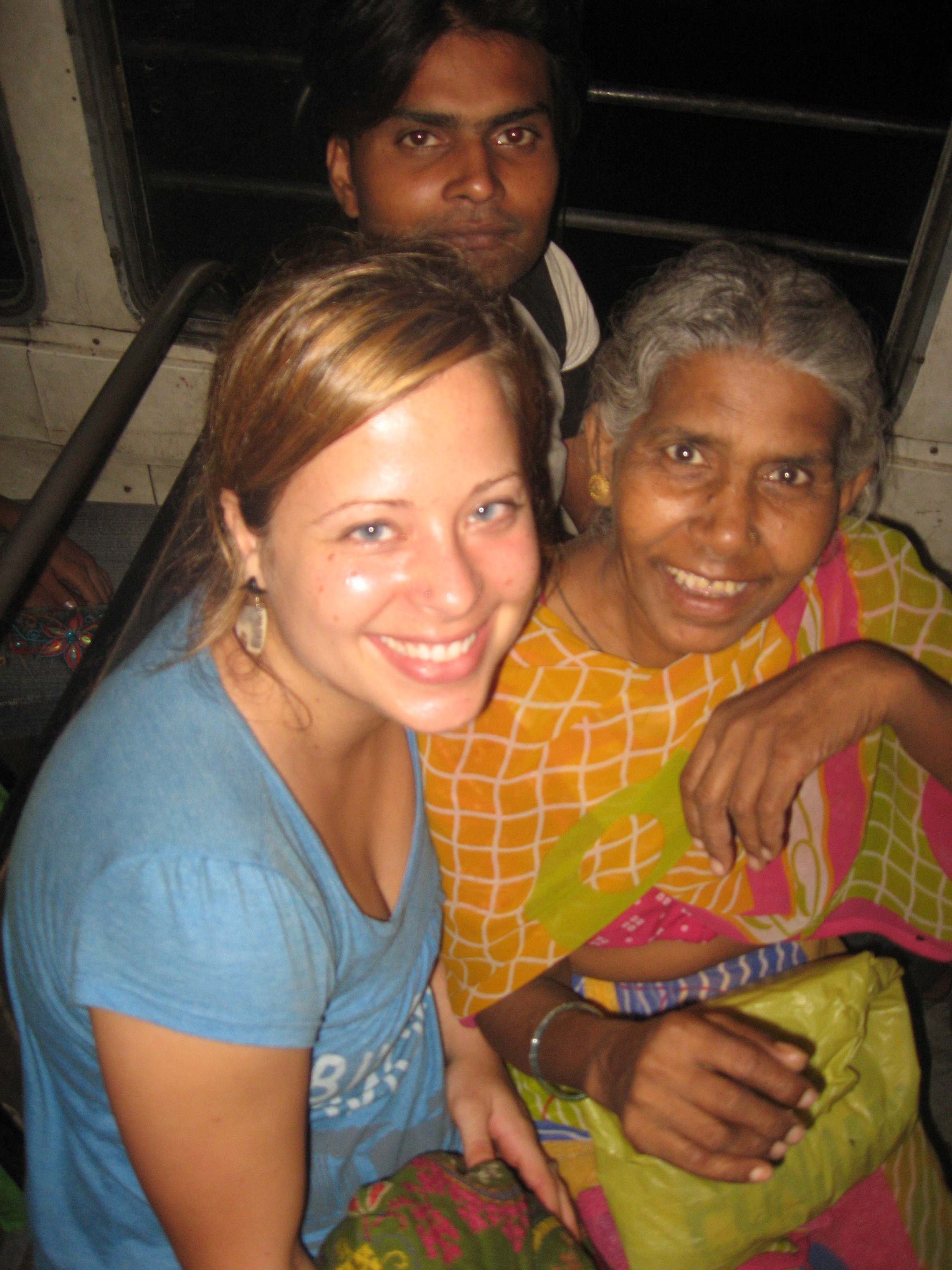 “Because everything has its origin
And I come going from place to place from the origin.”