A small unidentified creature slammed itself into the middle of my windshield on Friday night, surely (hopefully) dying on impact as we traveled through Chelan in coal-black darkness, headed toward the Methow Valley. It happened so entirely without warning that my only reaction was to gasp sharply through clenched teeth and grip the steering wheel tighter to keep us in a straight line at 60 mph, unable to visually process what I’d seen until a second or two later.

We never did figure out what it was. Rabbit? Owl? Its trajectory continued away from the windshield as immediately as it had materialized, seemingly out of thin air. A split-second of tawny-brown underbelly and that sickening WHAM that only those unfortunate enough to have experienced the impact of a car against a blunt object at high speeds will know. And then, nothing.

Sara’s eyes were as wide as mine as we yelled into the darkness a moment later, realizing what had happened. I slowed and pulled off to the shoulder, disbelieving the complete lack of damage to the glass, or sign of trauma.

The word chupacabra started to come out of Sara’s nervous grin, but I stopped her. My heart was slam-dancing against my ribcage, and it was DARK outside. No mast lights, no moonlight, just an empty two-lane highway pointing us in the direction of Twisp. That was not a word I wanted to hear.

We made it to the hostel by dinner time. No one was home save for two slumbering dogs. The manager was absent and not answering his phone, but the doors were unlocked and the lights were on so we put our bags in the bunk room and made ourselves at home. 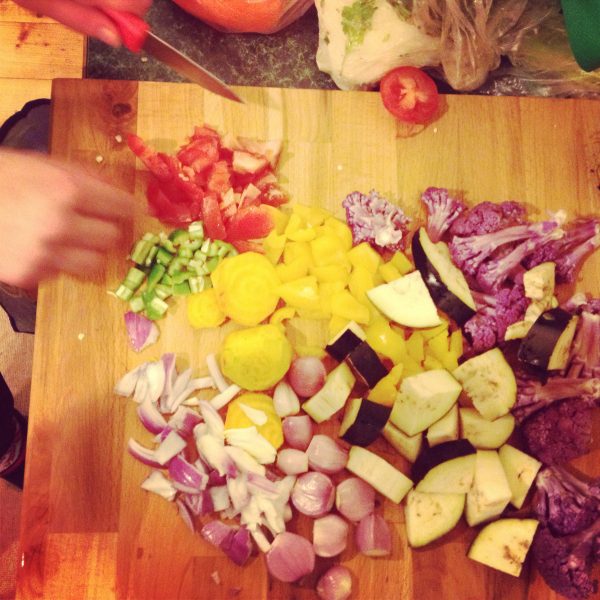 Chopping vegetables and sipping IPA from mason jars, we shrugged off the stress of the week, the long drive, and the small creature suicide by cooking a beautiful candlelit meal in the hostel’s cozy kitchen.

In honor of Shabbat, we lit candles honoring Jesus and the Virgen de Guadelupe. In honor of our grumbling stomachs, we ate garlic and rosemary-marinated lamb chops.

Friday night in the Methow turned out to be the opposite of what we had imagined. By the time we had pulled on boots and jackets to go see what kind of trouble we could stir up at the townie watering hole, our cheeks glowing with a Malbec flush, the barstools at the Old Schoolhouse Brewery were already stacked upside down and the barkeep was vacuuming the floor. The fake saloon known as Three-Finger Jack’s was completely dark.

We trudged back to the hostel, curled into bunks, and fell asleep with our books.

Morning came and we set out for an adventure in white. Paul, the hostel manager who we finally met at breakfast, directed us to Mazama, the next town 12 miles down the highway. There, he promised, we could gather the best supplies and information on where to explore in our snowshoes without offending the singlet-clad nordic skiers or being run over by a snowmobiler.

The blushing young cashier at the Mazama Store gave us vague, fumbling directions in a barely audible lilt, running his finger across the dashed and colored lines of the trail map as if he hoped this might divine the answers. We thanked him for his help and left, wondering where all the sturdy, topographically-inclined mountain men were hiding.

Deciding on a trail, we planned to link up with a high bluff that would look over the valley. After ten minutes on the multipurpose track (snowmobiles to the right, skiers to the left, shoers to the..?), we realized the suggestions we’d been given would not yield any high bluffs or scenic overlooks. Undeterred, we picked out the tallest outcropping atop the 1,000 foot hillside next to us. It rose above the scrappiest pines boasting lopsided branches into a piercing sky of cerulean, promising a summit with all the grandeur of Pride Rock (yes, that one).

This would be our revised destination. All we had to do was climb up several talus slopes, traverse east along a ridgeline and possibly scramble up some gullies. This is a much better decision, we told each other. 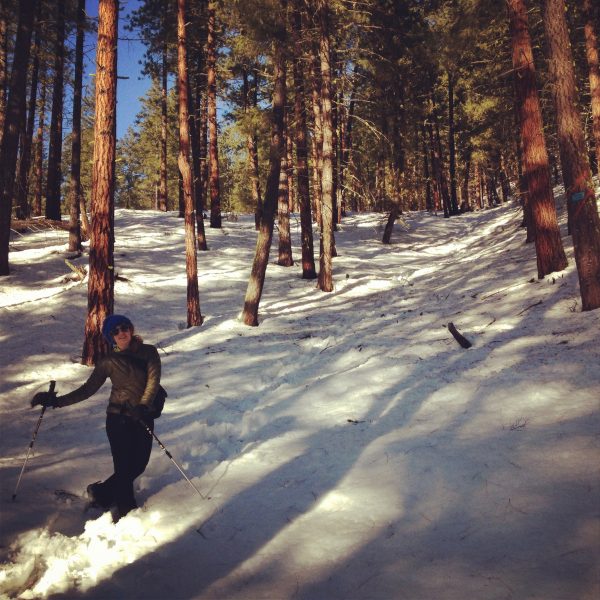 Our ascent was something other than graceful as we post-holed and cursed and sweated up the mountainside. We’re making such good decisions! we shouted, falling again and again into the snow, scraping the teeth of our snowshoes against granite. 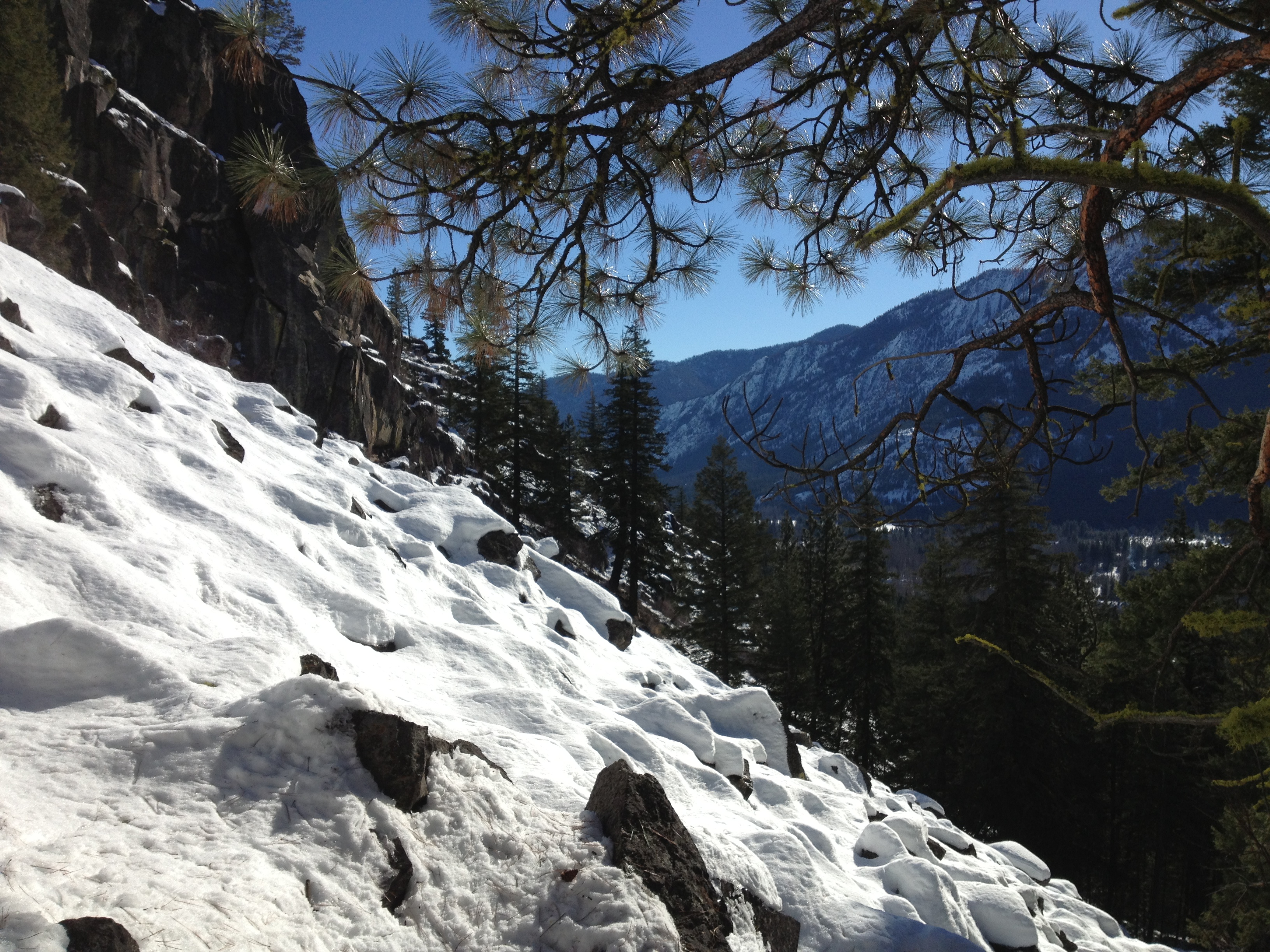 Resting at the snowy base of a crag split by haphazard cracks and covered in Jarritos orange lichen and fuzzy moss buds looking like horribly lost sea anemones, we turned our faces to the sun like chlorophyll-starved annuals. The rays drenched us in vitamin D and a silent, all-encompassing warmth. 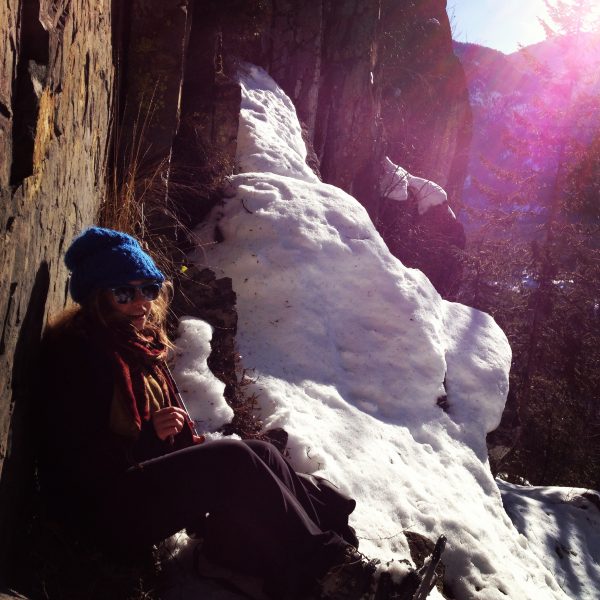 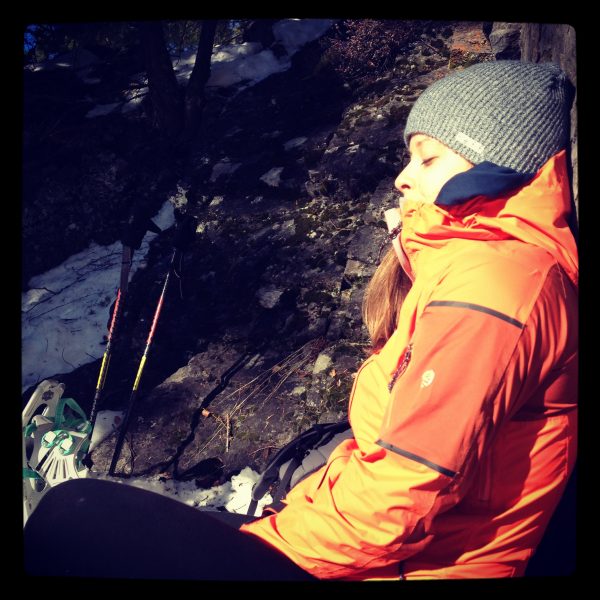 Eventually common sense crept back into our sun-starved brains, and we decided to turn back rather than pursue the increasingly slushy and unpacked slope any further. Further details have herein been omitted for the sake of my mother. 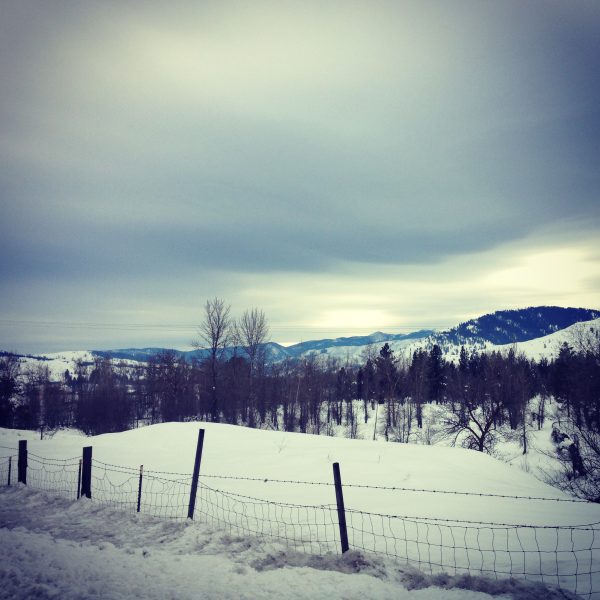 That night, we drove into Twisp in search of dinner with the hostel’s only other guest, Rick, a backcountry guide from Colorado. Over pints of cider and Irish red, we found ourselves in strangely deep and open conversation about life stories and relationships and patience.

I had divulged next to nothing about my dating history, yet, in between bites of hamburger and sweet potato fries this man with windswept cheeks and tousled ski-helmet hair unknowingly echoed the same messages I’ve been hearing from all angles lately. “Sometimes,” he said, “opposites are important. The person you end up with doesn’t need to love all the same activities that you do, and actually it’s often better when you both have your own things going on. You just gotta be patient, and focus on doing what makes you happy.”

Hard to argue with a seven-years-happily-married man who’s very much in love with his wife and his job.

Be patient, take time. Do what you love without fear. Dead-head the hellebores. Eat the oyster. These lessons keep reappearing, and I’m listening. The only part of forever that we can experience, Krista Bremer reminds us, is this moment. So I’m learning to let go of the need to direct the future and the forever, and instead I’m doing my damnedest to focus on the pieces that I can. 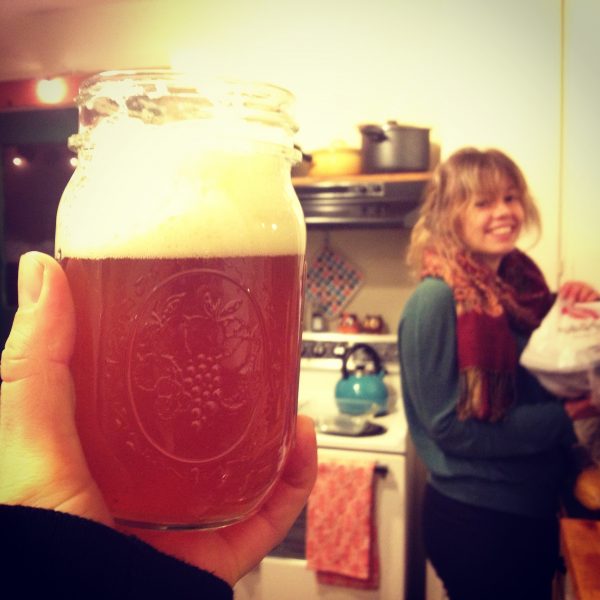 In the morning, Rick left before dawn so that he could turn 33-years-old while flying back down to earth from a mountaintop on his snowboard. We left a cupcake on his bed with five candles and a note of thanks, and wished him well. 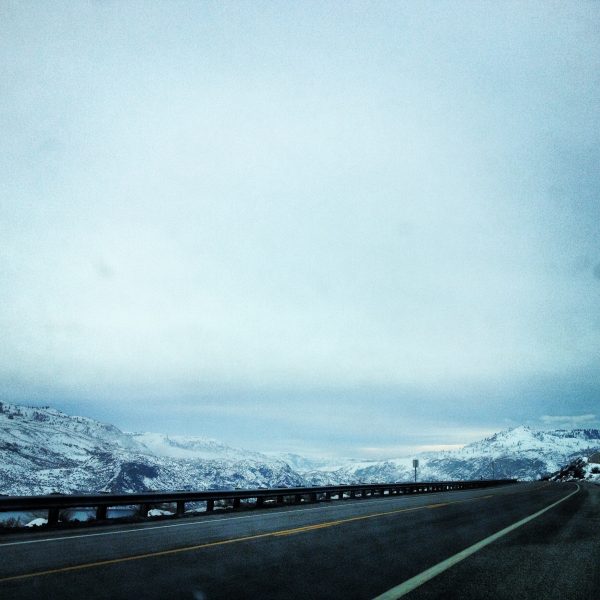