I’ve been logging plenty of days on coastlines and tidal flats and mountains lately. Not counting the rare days of sun that bring me back from the ledge after too much grey, this is my only means of surviving winter in the northwest: Sea or Summit, where cold winds and open spaces push back against the feeling that I live in a dimly lit box.

During the week, when I can’t get out of the city, I constantly fight against an urge to just hibernate until Spring. Instead, I do as so many of my brethren in this mossy, dank and coarse land do: find ways to make flannel shirts and down parkas look classy and professional*, and cling to my winter vices—dark coffee, dark beer, darkened cafes trussed with yellow lamplight and tall, rain-streaked windows overlooking the sidewalk—anything to make the barometric depression slightly less oppressive. 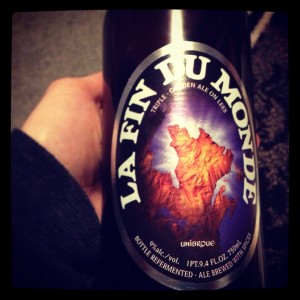 When the bleakness outside the glass weighs too heavily, I know that the only thing left to do is to go out in it. I’m doing so much better at handling winter this year, I congratulate myself, layered in Patagucci and trembling from the caffeine overdose as gusts of salt-spray and sand blow into my eyes. Look at me, thriving! Once the blood drains from half my fingers (which doesn’t take long, thanks to my Reynauld’s) I go back inside and lament silently about how much I miss those winters I once spent in the desert or the Rockies. Pictures of my friends climbing and hiking in the Southwest crowd my Facebook feed and I look away in disgust.

Of course, later I’ll fiercely defend this rain-beleaguered city and its climate to anyone who dares utter a negative word about it. You have to endure the grey to get the sun, but when it does come, the entire population experiences a sort of communal rebirth and we find ourselves sharing notes with everyone we encounter. The barista, the bank teller, the dog. “Have you been able to get outside yet?” we ask each other excitedly. “The sun, it’s AMAZING!” someone will crow, and those of us in earshot will agree, because it really does seem incredible that it came back. We thought it would, but we were getting used to living in greyscale and our memories were starting to fail us. On these days of solar resuscitation, we become genuinely concerned for those stuck indoors at desks and cash registers. Hang in there, we tell them, hoping that the sun hangs on for them, too. 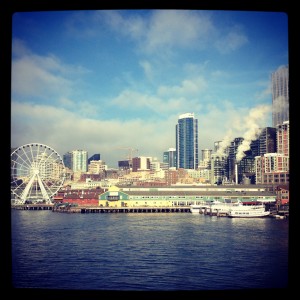 At the beach house a few afternoons ago, I unwittingly walked into a massive bed of starfish. Deep in thought, I hadn’t been registering my field of view as I walked, and nearly stepped on a cluster of orange and blue before realizing that the strand in front of me for nearly the length of a football field was covered with sea stars. 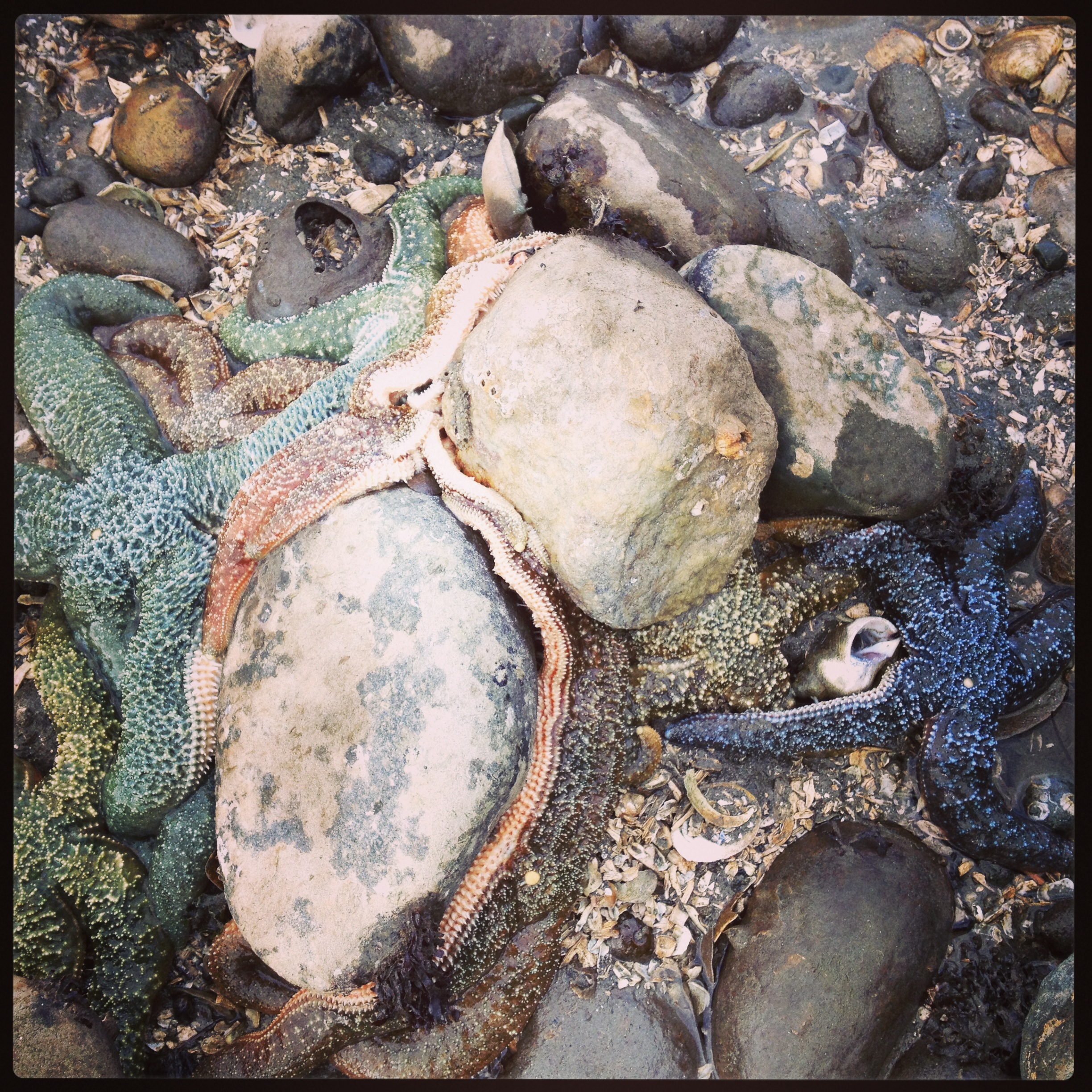 I looked around and saw that everywhere, things were clinging to life, clinging to anything they could—barnacles and oysters rose from slate green boulders, rusted iron bars were home to mussel colonies, and tiny crabs hid from whomever they wished to be hidden from under logs of hemlock, worn smooth by a journey at sea. 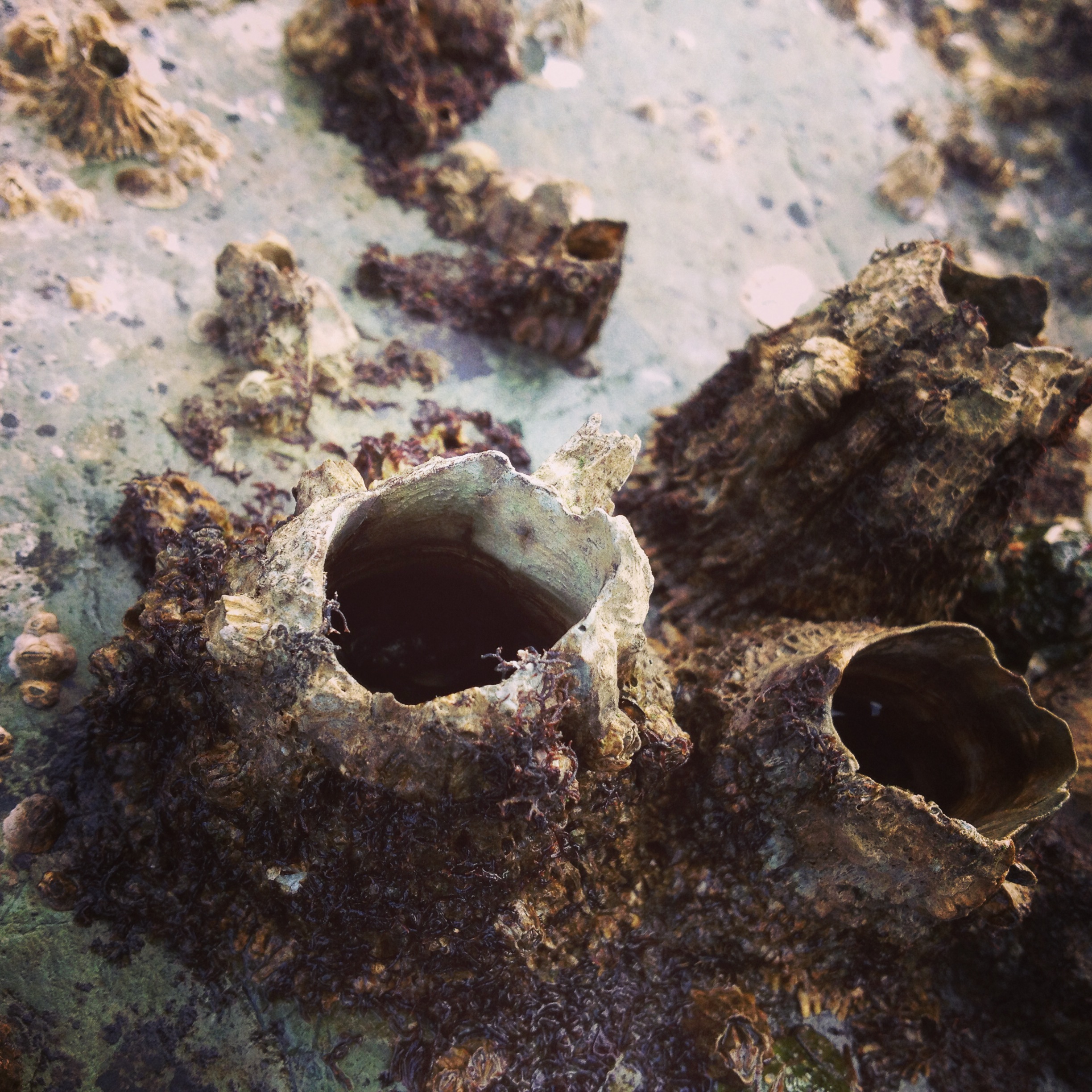 I stared at the sea stars, faithfully crimped on overhung stone, holding on tightly until evening when the tide would return to submerse them. They knew it was coming back, even if they couldn’t see it. For the rest of us riding out the low tide of winter, it’s like that too—we can feel Spring lapping at our toes, almost here, big changes on the breeze. For now, we take what we’re given, shorelines and slopes, and hold tight. 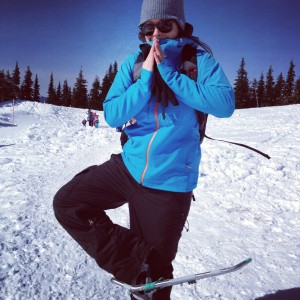 *in Seattle, just add tall boots and you’re Dressed Up.