Only rock and sun

Our summer of the Weekday Warriors has begun. Friday through Sunday I get up before it’s light and work until the heat of late afternoon, walking the floor of the nursing home until I sweat and ache, counting over 10,000 steps, lifting frail bodies, coaxing heavy limbs to move, fielding orders, savoring tiny moments of connection with souls who are mostly lost to other dimensions, and earning just enough to pay the rent and buy coffee beans.

Monday through Thursday, the world is now very different. No more tests, no more late nights writing hypothetical care plans. Until September, during these four days I belong to no one and the open road stretches out in all directions. 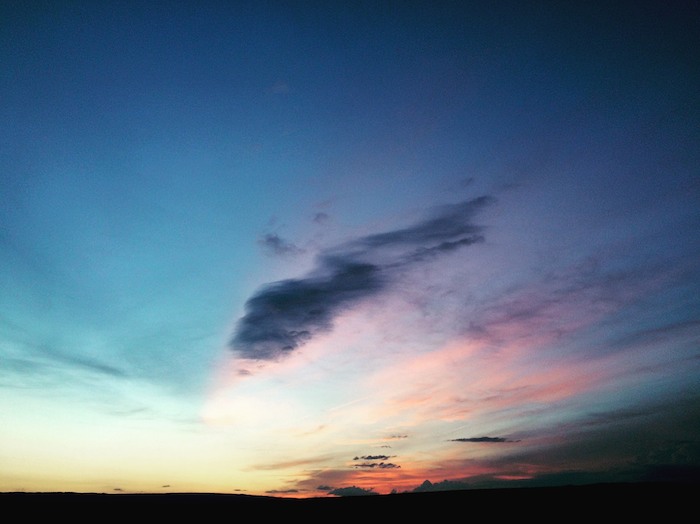 Each Monday brings the dawn patrol again, but instead of scrubs it calls for bare shoulders and Chacos. Crystal and I convene at her house or mine, I scribble my license plate number and the name of our destination onto a sticky note for her mother. Maps out, mugs filled, sun cresting over the rooftops of Hood, Helens and Adams, ants marching down the freeways in the opposite direction, fingers trailing the wind from the open windows as we ride out of the city in triumph. Each Monday has a new direction planned. We begin with the desert. 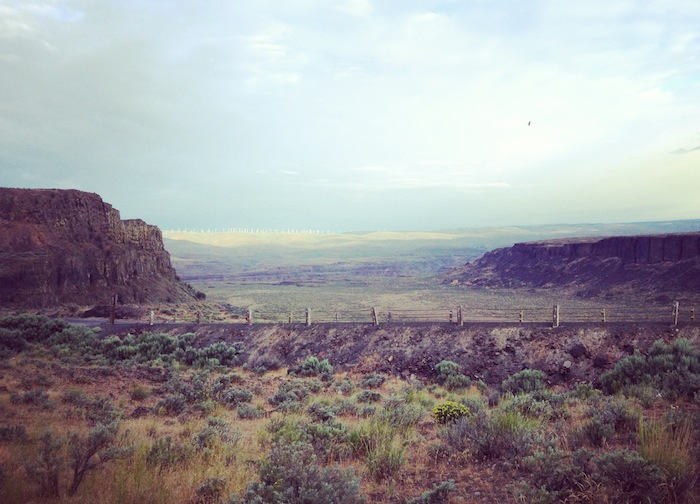 A mishmash of friends come to meet us at Frenchman Coulee—an assortment of partners-in-adventure with loud personalities, big hearts, strong opinions, and a healthy appreciation for dirty jokes. My favorite kind of crowd. Aside from the Mystery Guy Who Lives in the Van out at Vantage, we have the basalt columns and the sagebrush steppe all to ourselves. Ourselves and the marmots. 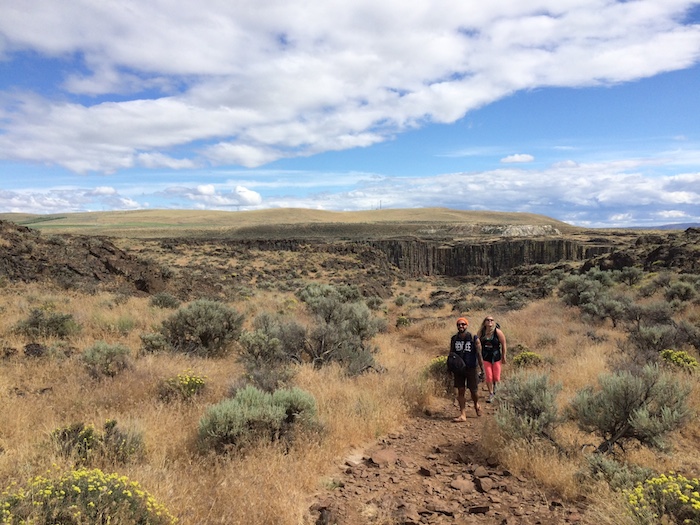 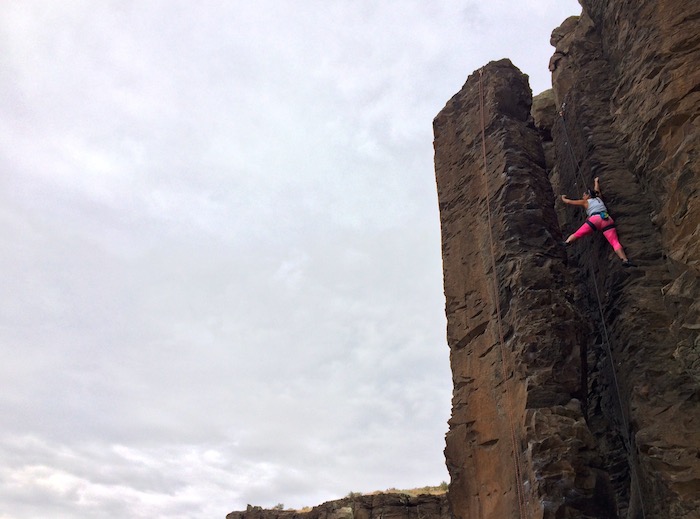 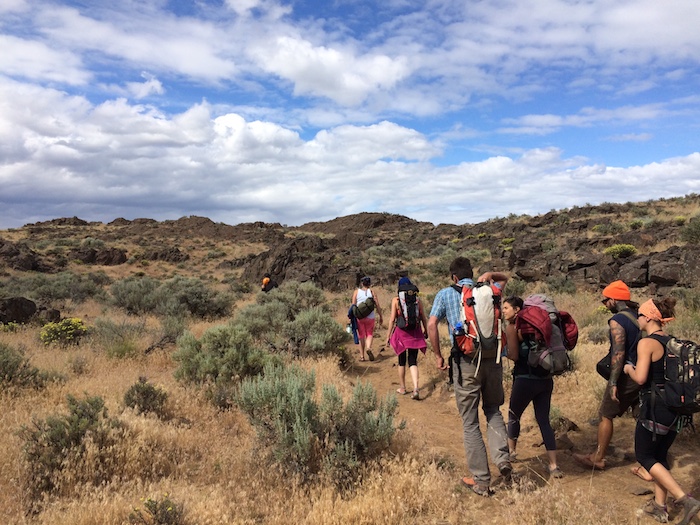 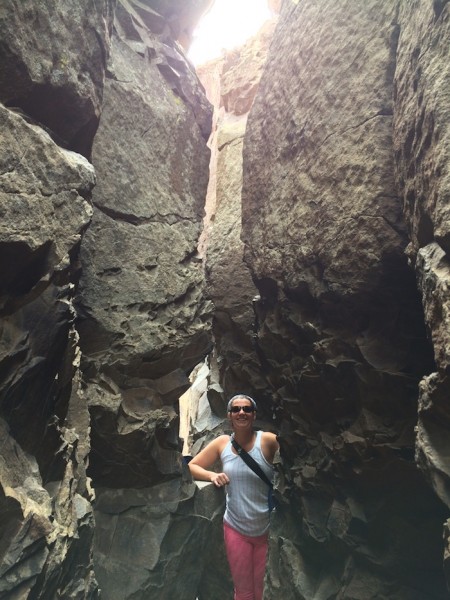 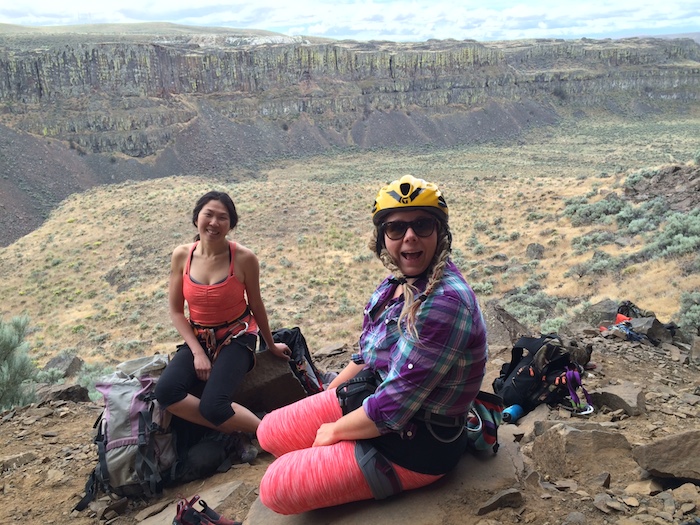 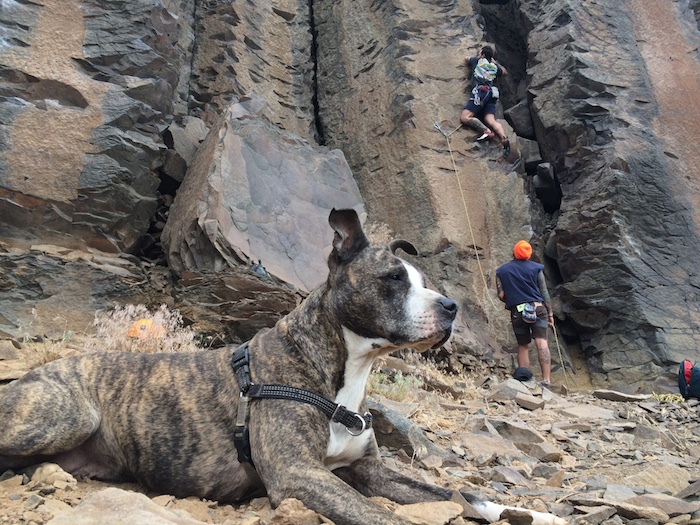 The predicted thunderstorms that were slated to savage our camp instead keep skirting just outside the boundaries of the Coulee, and so we dive feetfirst into the privileged nonchalance of living dirty, cheap, and sun-kissed. While the rest of the world spins on in the doldrums of responsibility, we gather our Moveable Feast under an open sky lit with blazing planets and the Full Strawberry Moon. 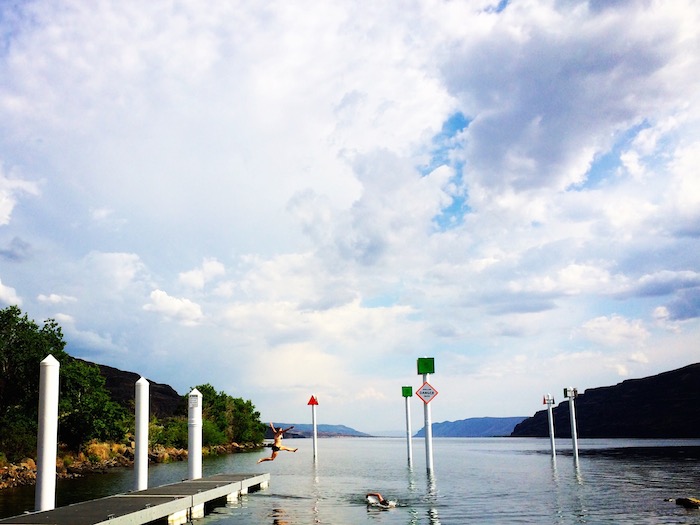 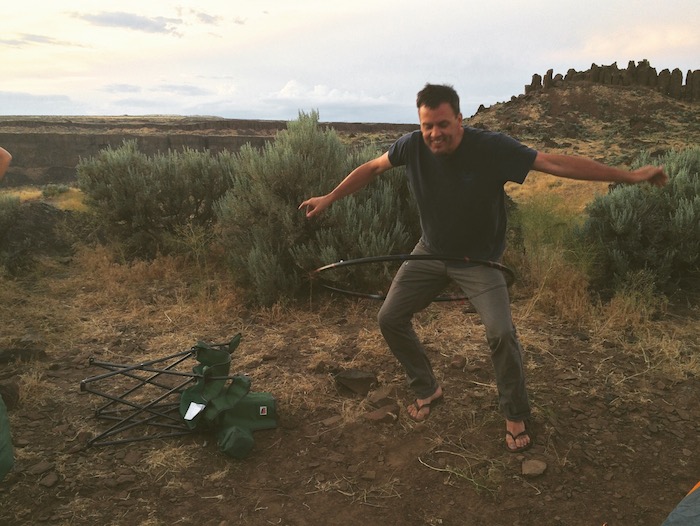 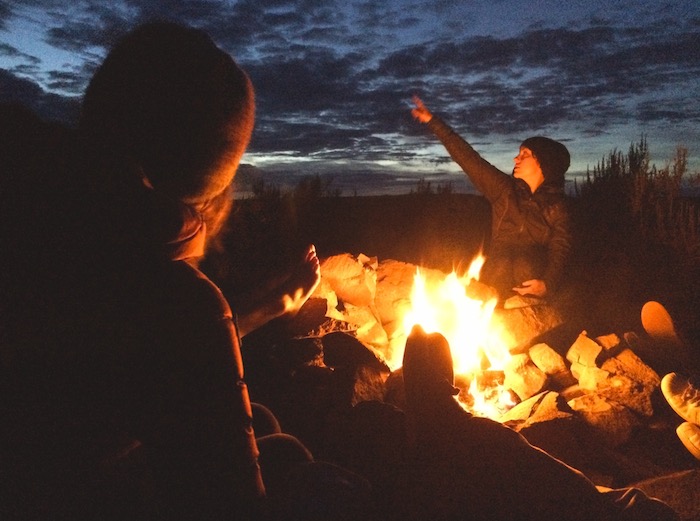 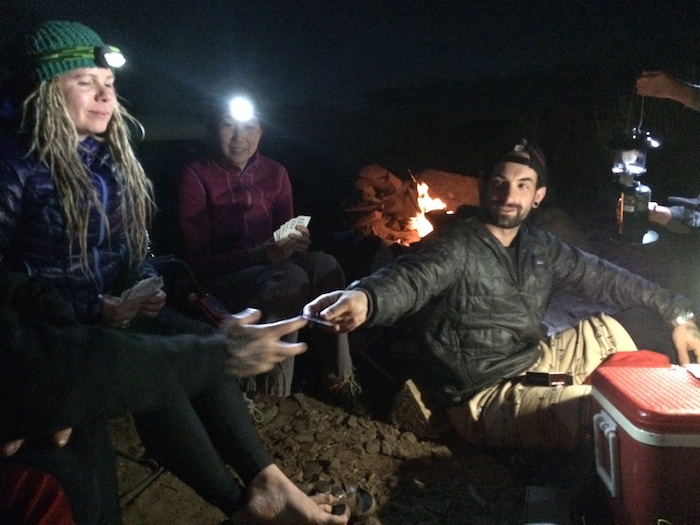 In our temporary desert circus, both the piercing light of daytime and the hushing sounds of dusk bring me into spaces of contemplation I’ve had no time for during the last months of academic mayhem. Layers of life not yet processed, it turns out, are weighing me down, and I don’t climb as hard as I can; I avoid greater risks I know I can face. I fight internally with the potential to feel ashamed for not throwing my whole heart into this challenge I love so deeply before realizing that I have forgotten what it means to be in repose, what nourishment the soul seeks in dormancy—and how much I need this right now.

On Tuesday evening, I crawl happily-exhausted into my sleeping bag, which lies covered in a layer of dirt from the persevering winds, and curl the grit between my toes, saying aloud to Crystal, I have become the literal definition of a dirtbag. She laughs in gleeful approval. We fall asleep to the noisy chattering of desert wind through the rain fly and the symphonic whining of crickets.

When we leave the Coulee to return to the Gorge, to hot showers and the gourmet cooking of friends who give us more than we deserve, I am reminded of Abbey’s musing on the truth that one can find in the cracks and columns of an ancient floodplain:

Men come and go, cities rise and fall, whole civilizations appear and disappear—the earth remains, slightly modified. The earth remains, and the heartbreaking beauty where there are no hearts to break….I sometimes choose to think, no doubt perversely, that man is a dream, thought an illusion, and only rock is real. Rock and sun. 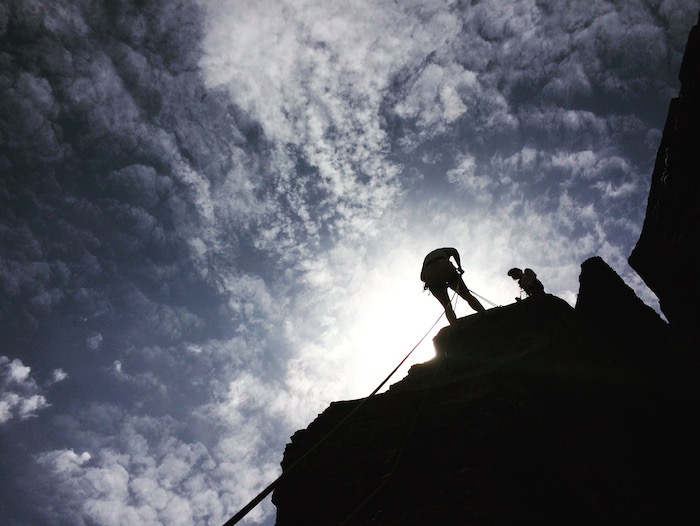