And nothing but sky. 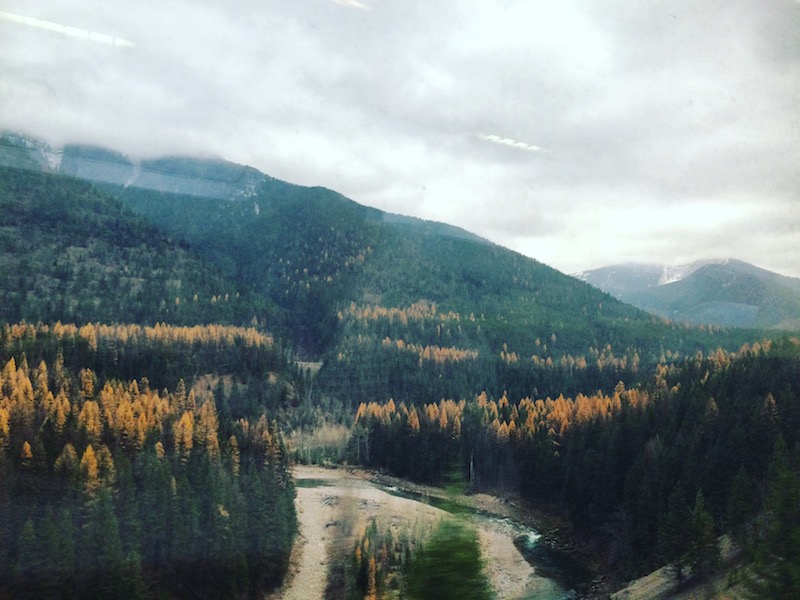 We hopped the 28 toward the Hi-Line on Wednesday afternoon, after sipping rye whisky from the red velvet stools of the piano bar at Union Station. The sky was dark by the time we hit Bingen, and we saw no more of the land rushing by until suddenly, the next morning, we were greeted by alternating stanzas of flaming larches and somber pine. Crystal bought us coffee from the lounge car attendant with the booming baritone voice, and we savored the sweetness of the slow route. 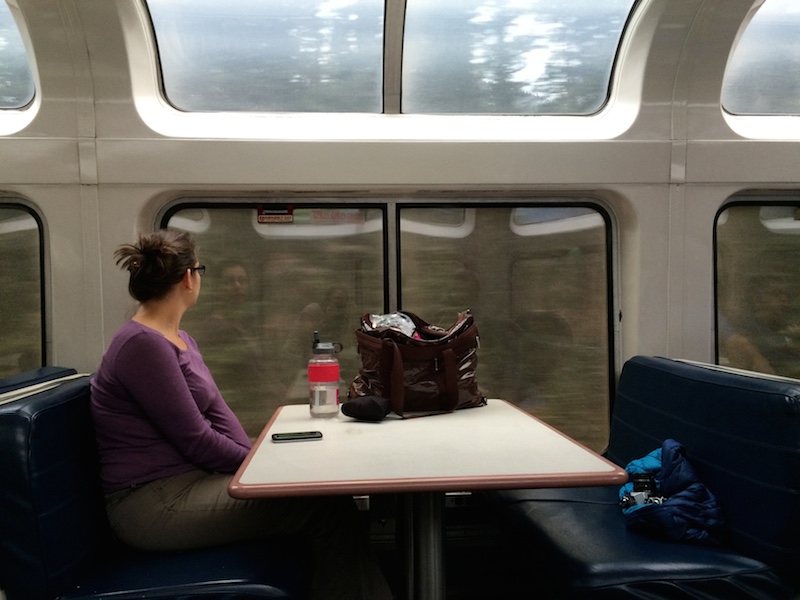 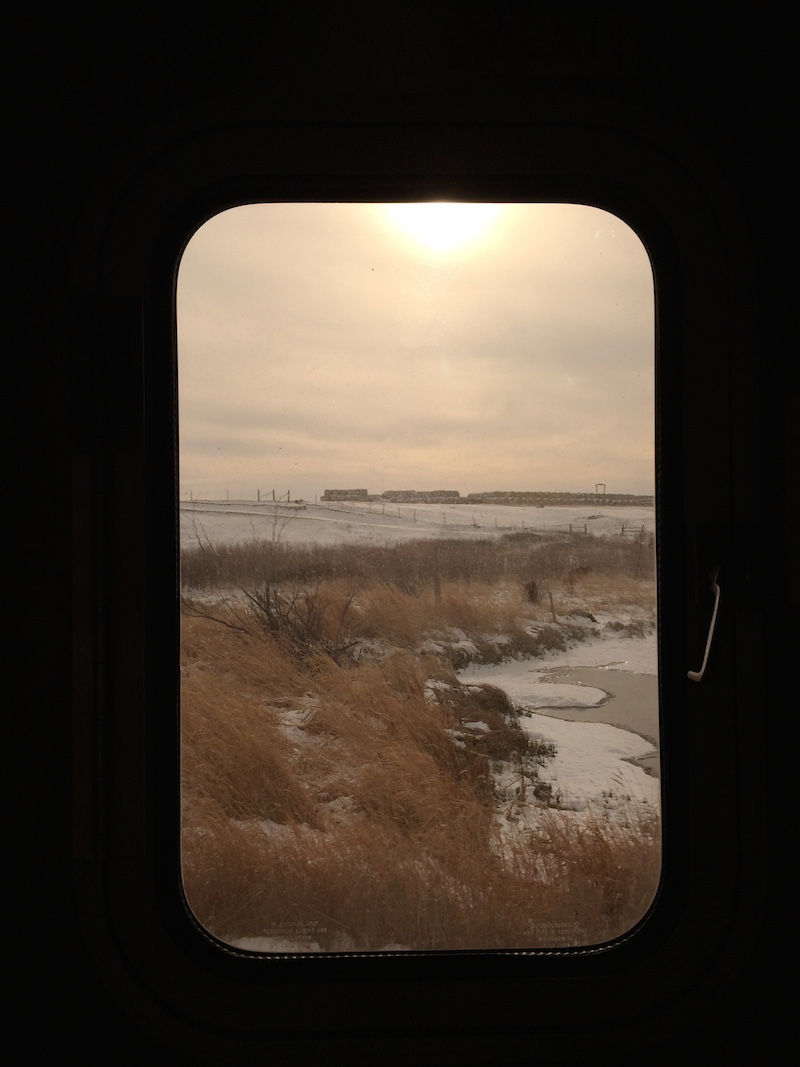 The timberline gave way to the glory of the Big Sky. We grew quiet at the first sight of those wide reaching plains, their deeper truth known only to the lucky souls who ran through this infinite ocean as a child, who know the familial crunch of footstep upon frozen wheat stalks clipped close to the earth, who remember precisely the smell of the day in midsummer when the wind ripples and roils across a field of canola so vast that the notions of cardinal directions and boundary lines seem useless. 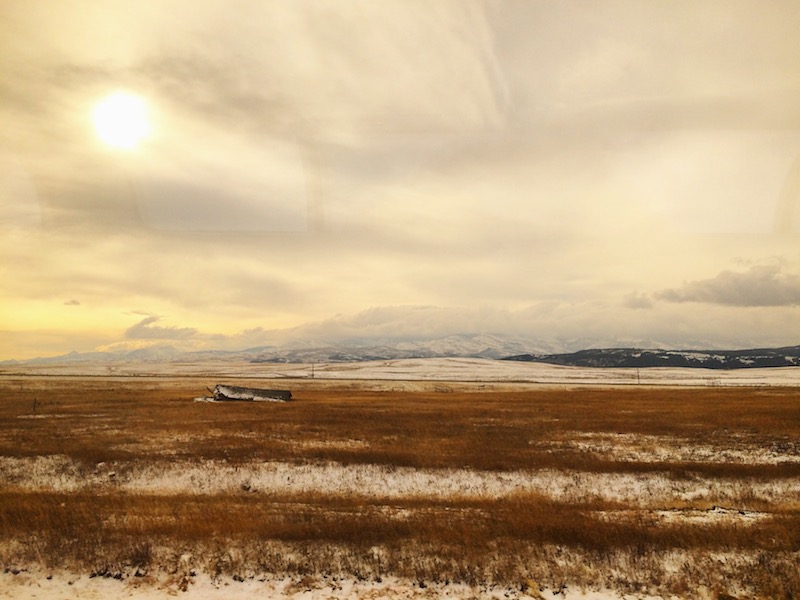 In Cut Bank, we stepped off the train and into 72 hours of thought experiments surrounding (a) the rewards of risk-taking in a fear-mongered world, (b) choosing to view the gift of less as a jumper cable for creative instincts instead of demanding that we are entitled to more, and (c) whether or not the ascending signs of astrology hold any water in the spiritual desert of Western society.

We also each had a job interview; one in-person, the other 900 miles away (God bless the cellular telephone). But with those out of the way, we had mostly time and space. To wander, to imagine, to examine a life uncrowded. 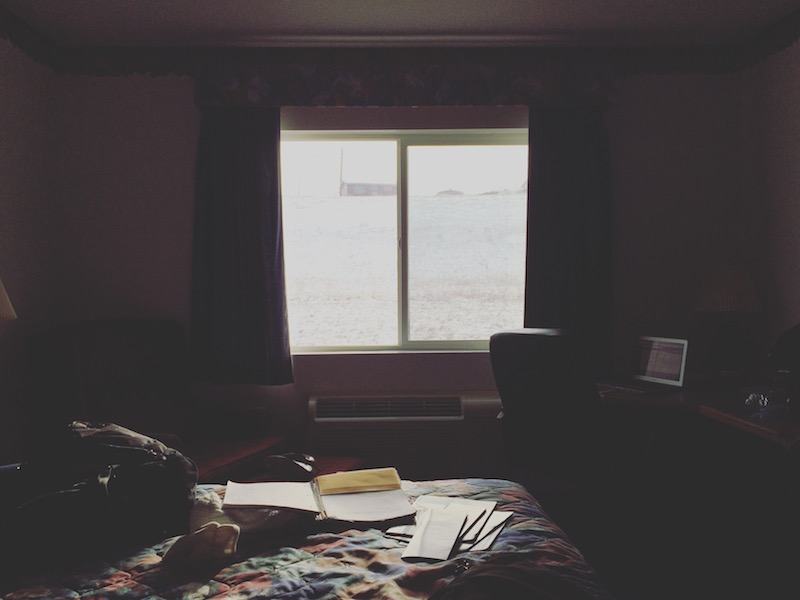 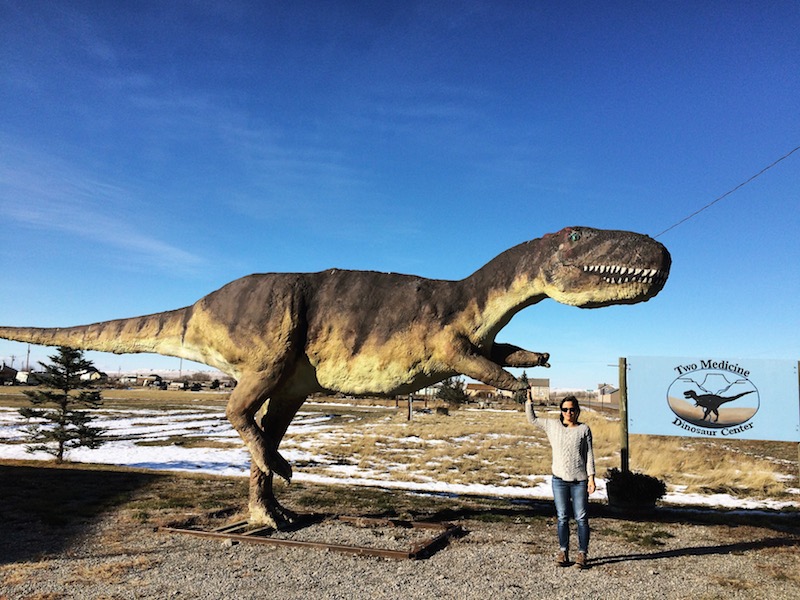 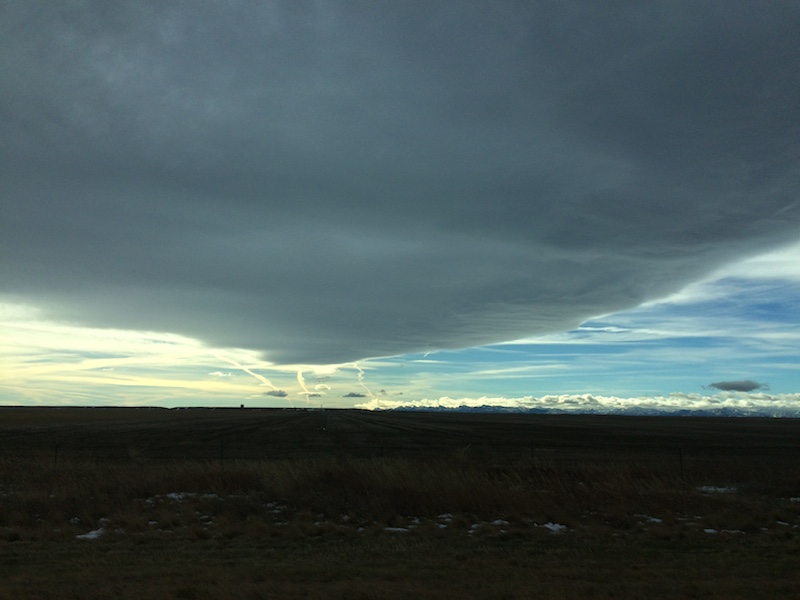 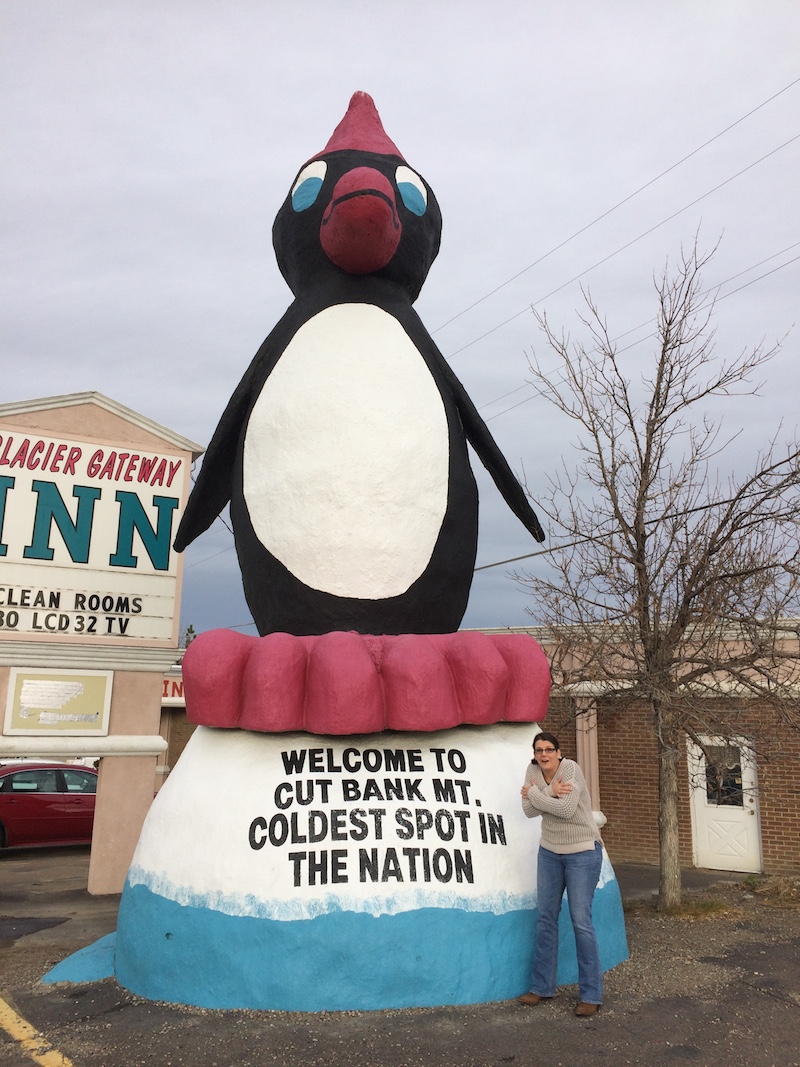 Since leaving my childhood home twelve years ago, I have often taken mental refuge in the words of Anais Nin:

“We travel, some of us forever, to seek other states, other lives, other souls.”

The words still resonate within like a bell, as my perpetual wandering has frequently made commitment a constant challenge—whether the promise is to a year-long lease, or sitting still long enough to get through a two-hour movie. Without motion and movement, or at least their promises on the horizon, the inside of my head is quickly reduced to a fidgety wreck. My focus runs circles around the room, while any motivation to complete minor tasks can be found slumped against the wall, staring glumly at the miserable sight of routine dripping predictably down the window pane.

Sometimes I exasperate myself with this inability to be in the present. It’s not that I find the present unimportant or meaningless. Nor do I deny the beauty and joy that can be found in experiences that are common and banal. Yet, often it seems the only spaces in which I can manage to pause—wholly and unabridged—are those most detached from what The Modern World tells me is important and worthy of my sweat and blood as a human being. Frankly, I just don’t buy their version of paradise. 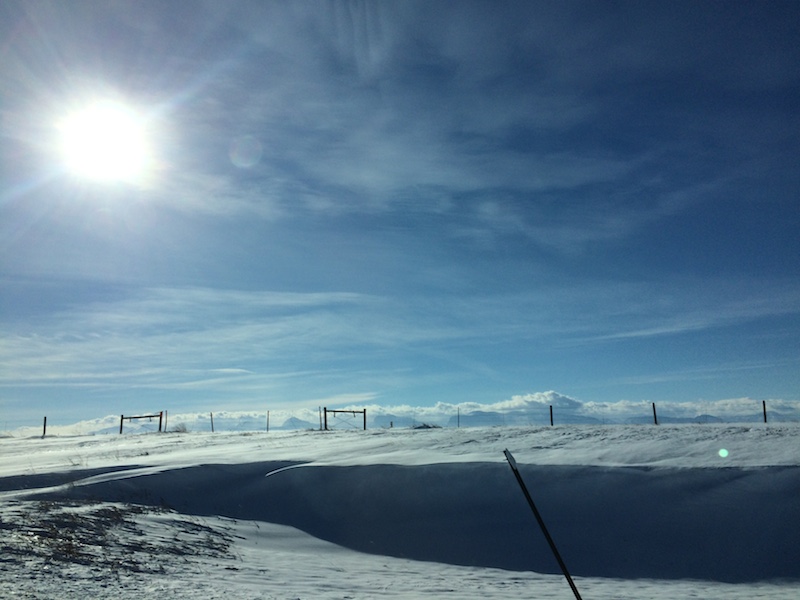 Mine is full of topographical ellipses. Like the parenthetical aside of a dirt road that stretches on for miles into a vanishing point aiming for the the Absarokees. And what else—nothing but sky. 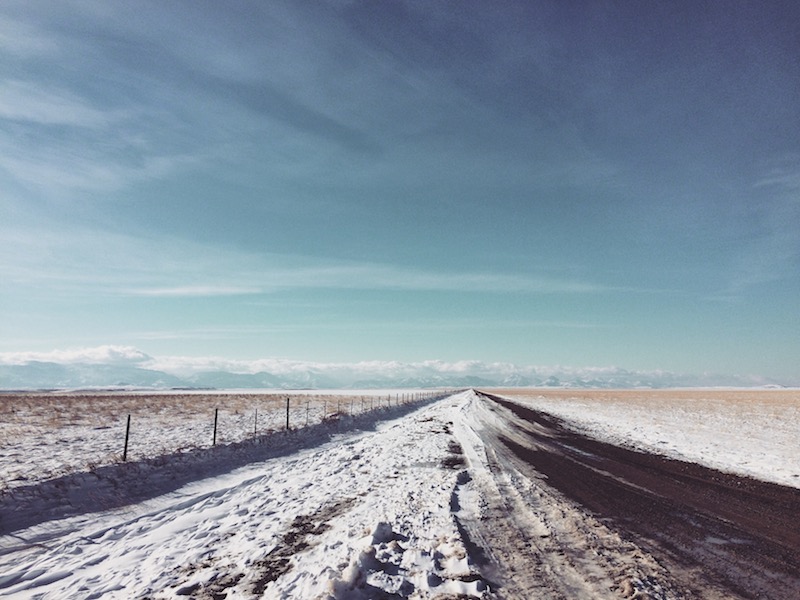 The vulnerability of placing myself into the open hands of the earth is what quiets the restlessness. It is what awakens all the cells in my body, while simultaneously slowing me down. It fills my belly when the overprocessed artifice of our Post-Millennial techno-stupor leaves me starved for woodsmoke and starlight. The availability of this rawness lies at the core of where I continually choose to go Next.

Since I left home, I’ve been doing my damnedest to fly further and further from the nest, not wanting to miss out on anything, trying to soak up as much of the world as possible. Yet, one thing I have learned over these last twelve years is that, contrary to what I used to believe, there is still plenty of frontier left in my homeland. Some of it is geographical, but more of it is spiritual, in that it can sometimes take a train-load of courage to ignore the voices around you that are hellbent on naysaying simply because they are attached to spines made out of willow branches. Very often, it requires the sort of limbic-cerebral creativity to decide that standards of living can be achieved in more ways than one. And increasingly, it requires believing that you can manifest your own good fortune. 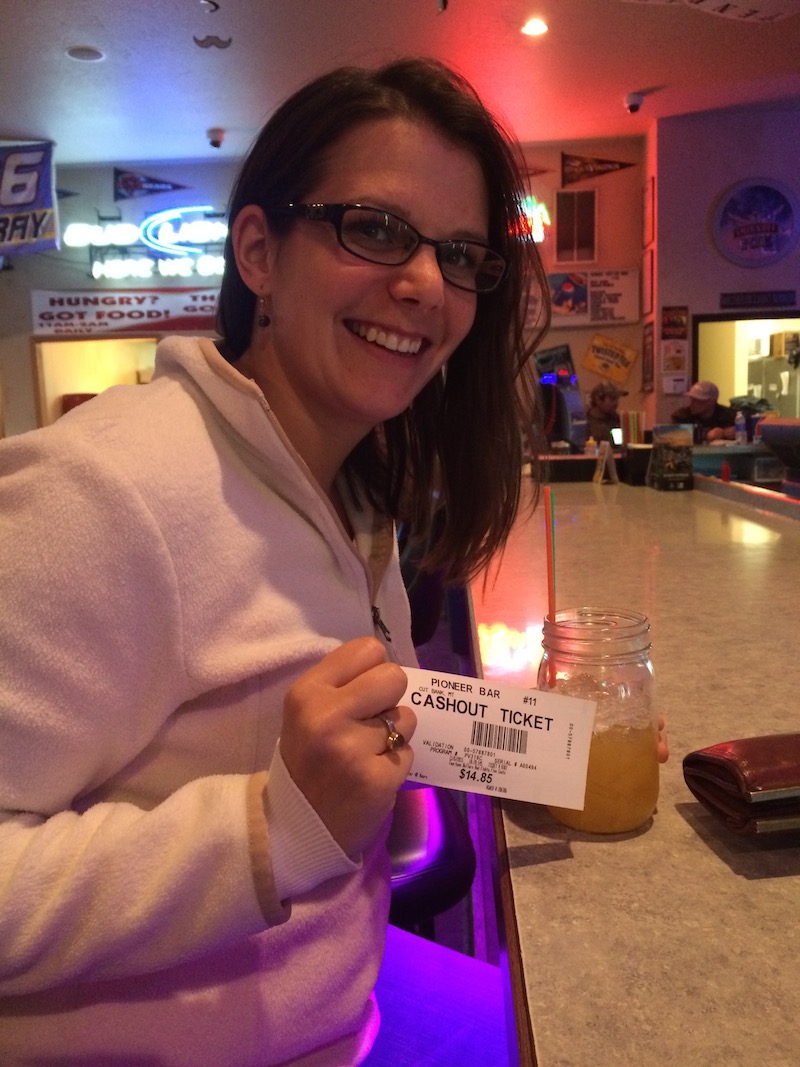 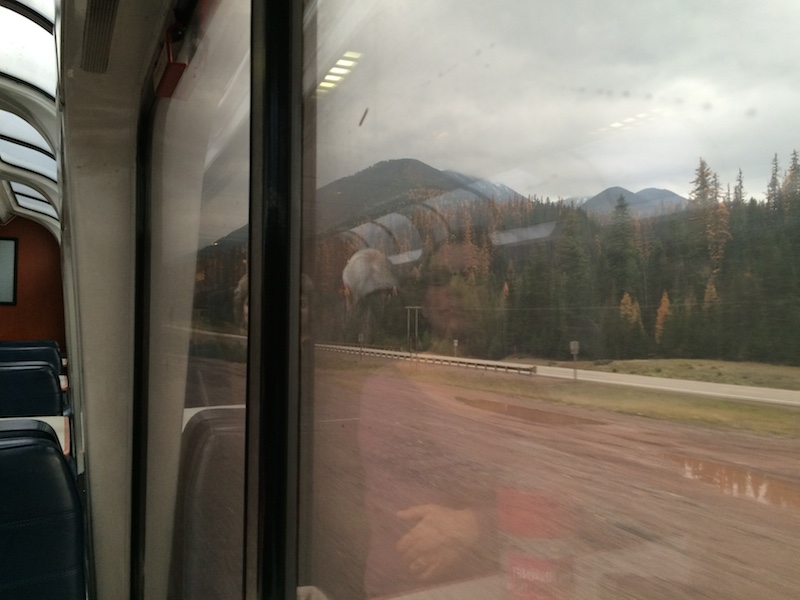 Prepare by remembering that your entire being is needed for the success of what is to come.