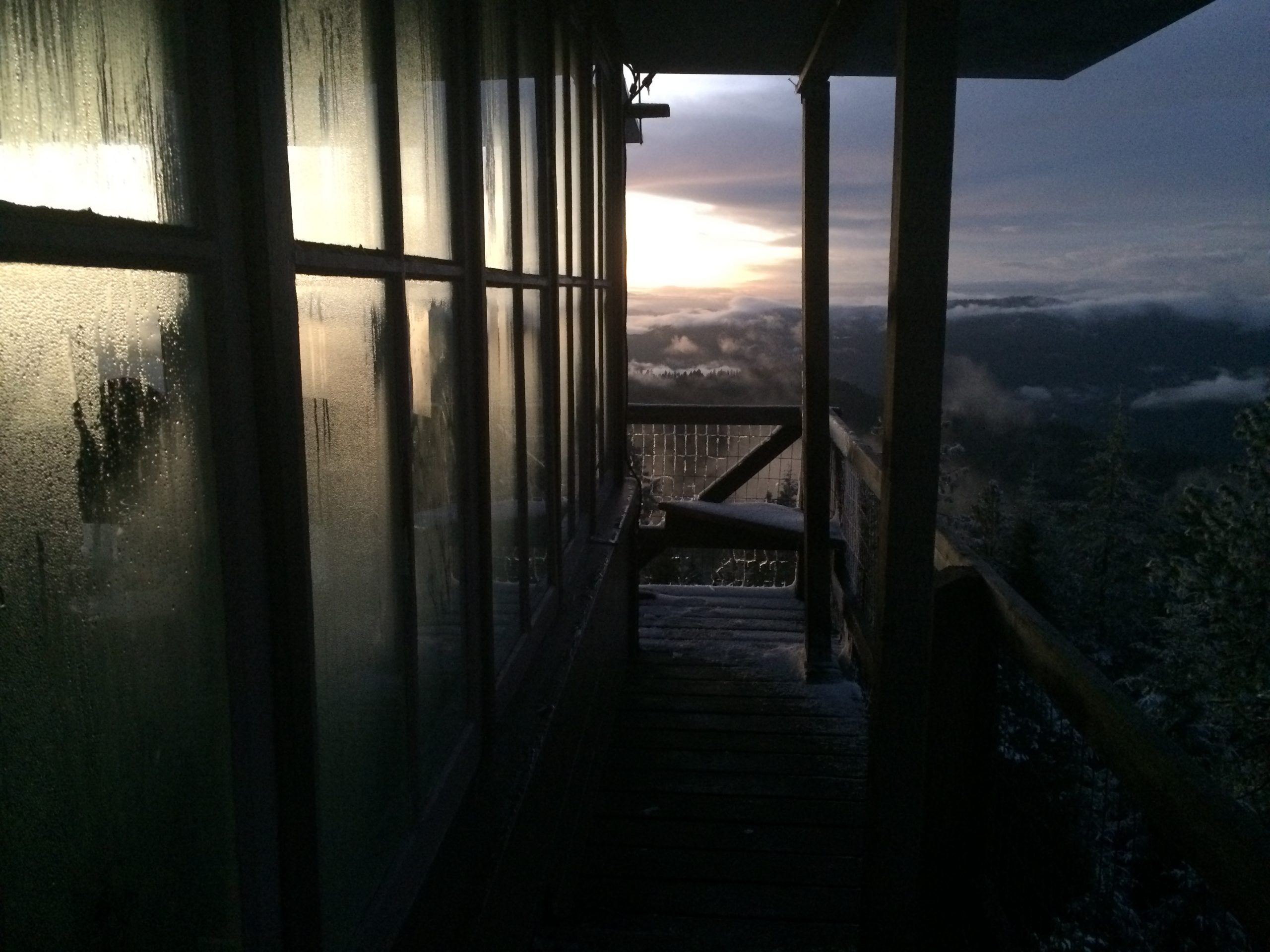 We woke up early and threw bags of clothes, sleeping bags, and food into Sara’s jeep, and rolled over to the local coffeeshop to wake up a little bit more. Four hours of driving later, we reached Tiller, a don’t-blink town at the edge of the South Umpqua River and the national forest that bears the same name. From the lonely highway that curls inward toward the Cascade range, we could see where the forecasted snow had settled, a couple thousand feet higher. We checked the gas gauge, filled up our water jugs, and headed into the forest.

After miles of pine-needle-covered washboard ruts that rattled every bolt of the jeep, we laid eyes on The Tower. 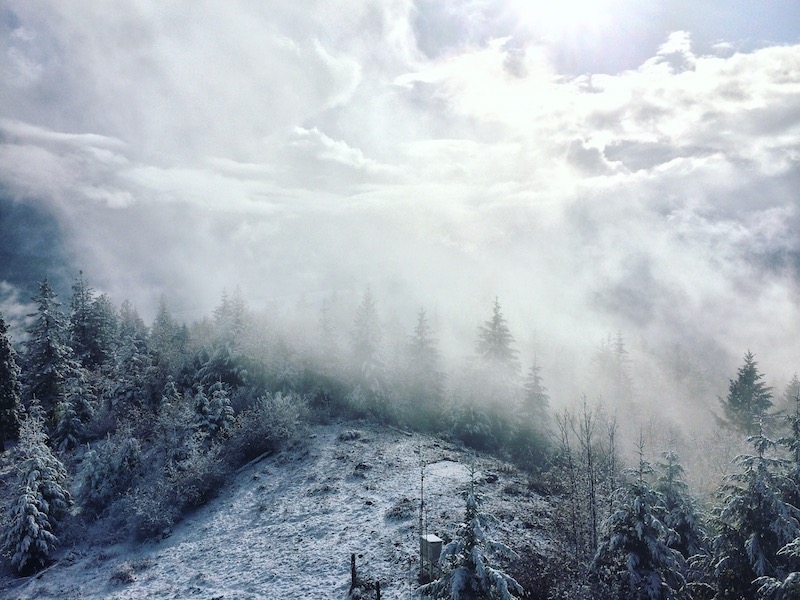 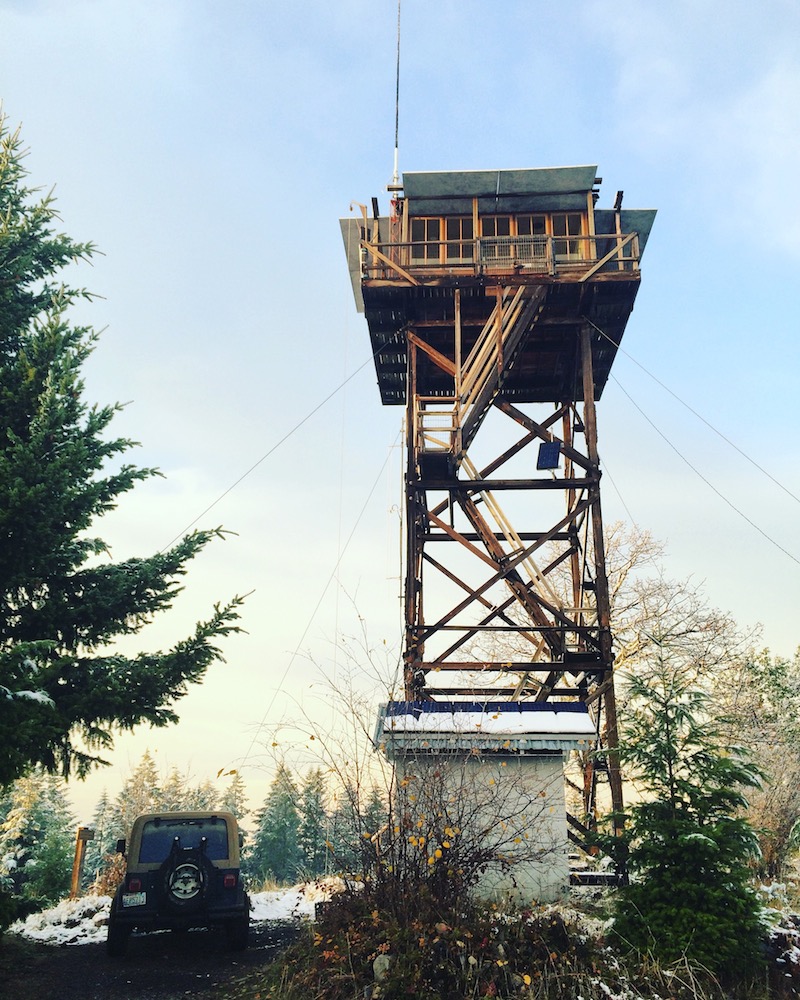 The snow had melted on the road, but blanketed everything else in the ethereal gauze of winter. What luck, we thought, taking in huge lungfuls of cold, clean mountain air and raising our faces to afternoon sunlight. After unpacking the gear, and hauling it up with the surprisingly strong milk-crate-on-a-pulley rigged up on the catwalk, we settled into our 12×12 hideaway. We had a simple agenda: cook, eat, explore, reflect. 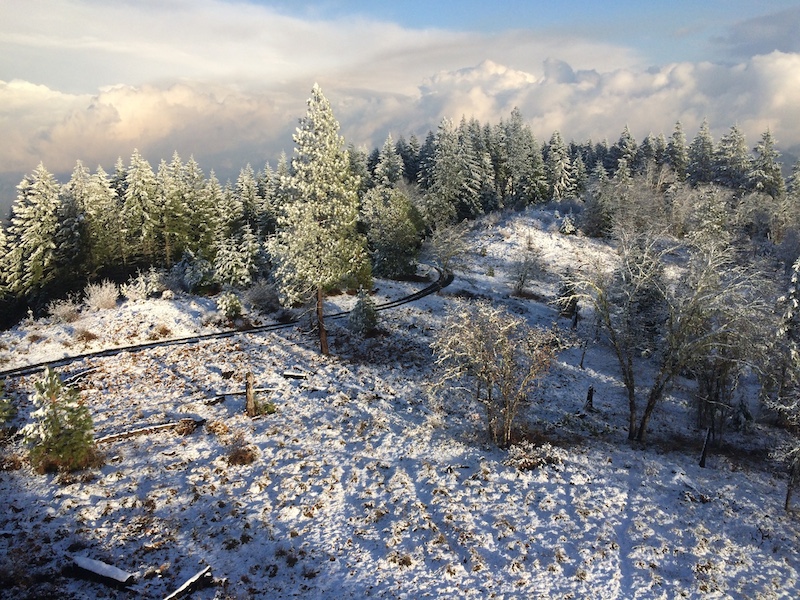 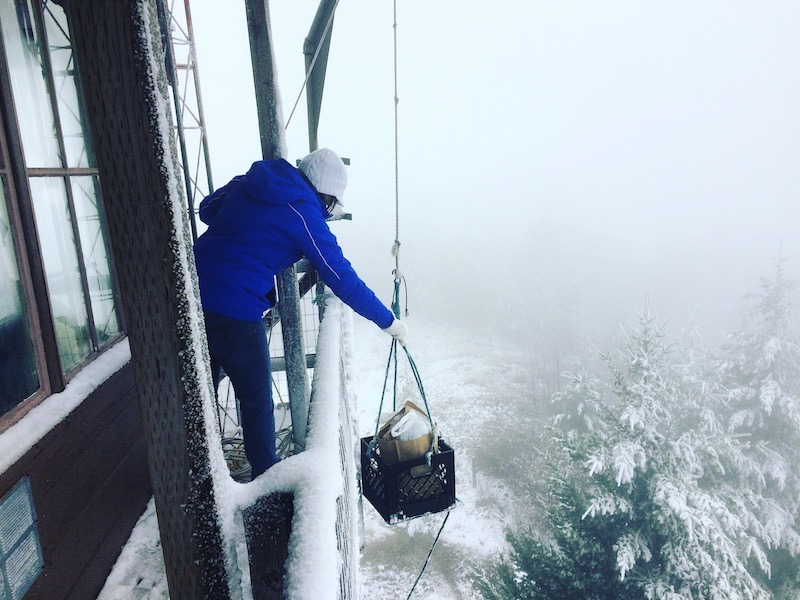 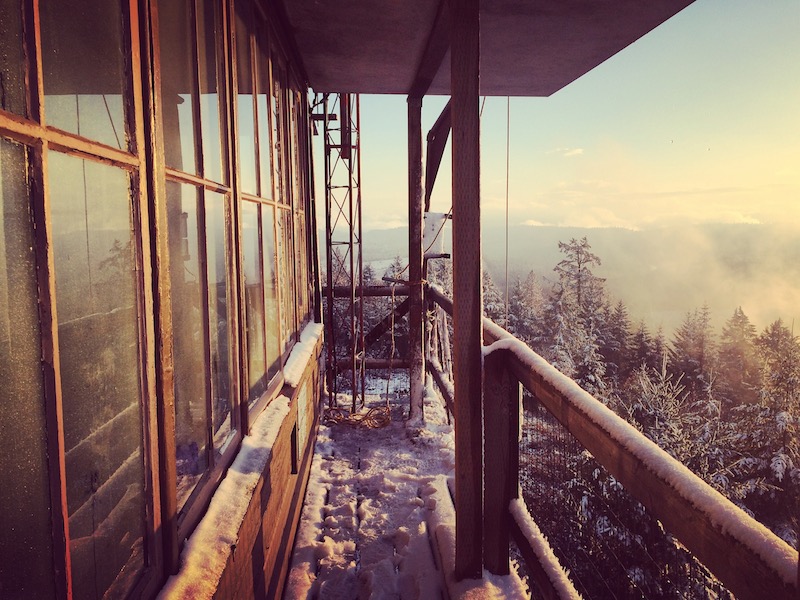 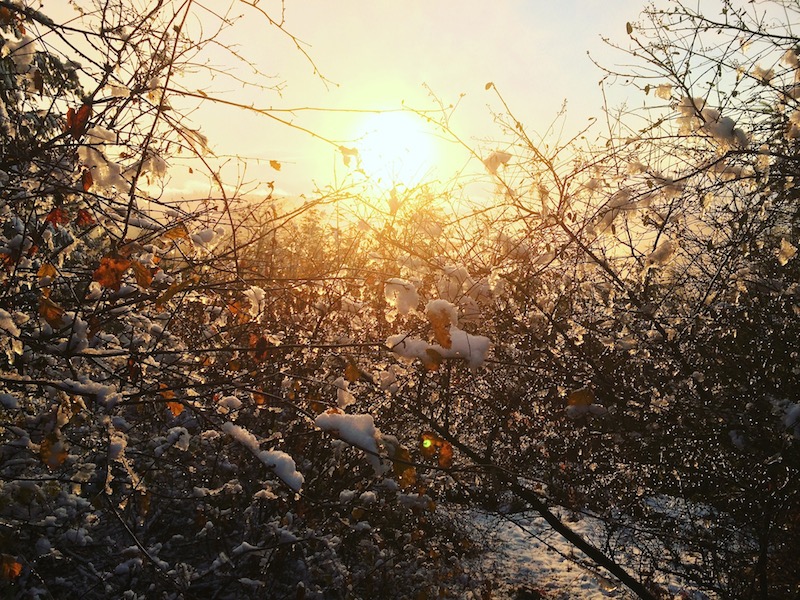 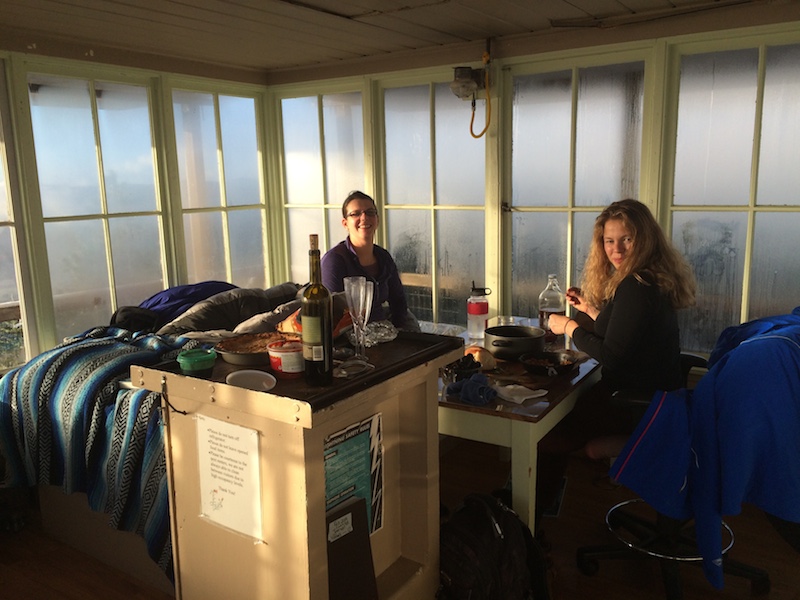 But lest you believe that feasting in a secluded, off-grid cabin must be limited to simple one-pot meals, let me set you straight. With a little bit of propane (thanks NPS!), adventurous ingenuity, and friends who appreciate both a culinary throwdown and the beauty of Second and Third Dinner, there really are no limits. Behold, the menu:

~ Intermission: running around in the snow with thermoses of Glühwein, to ‘make room’ for more. ~ 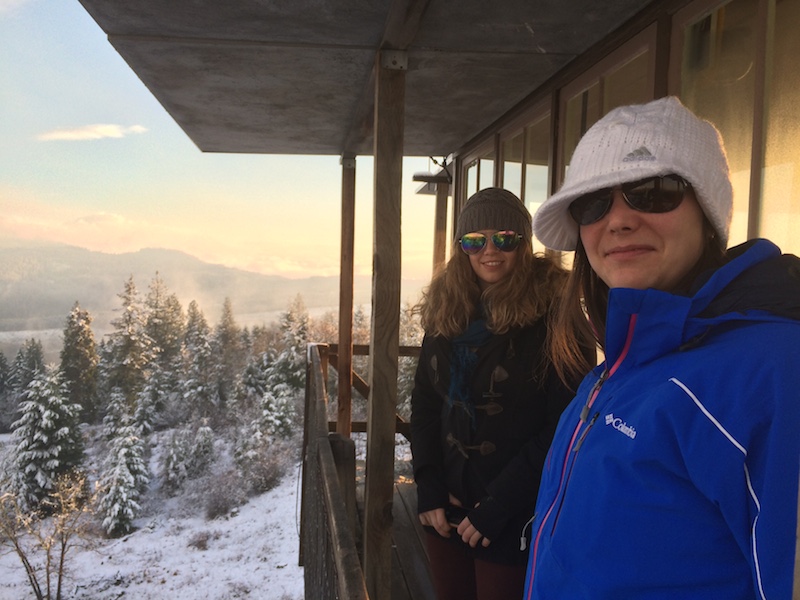 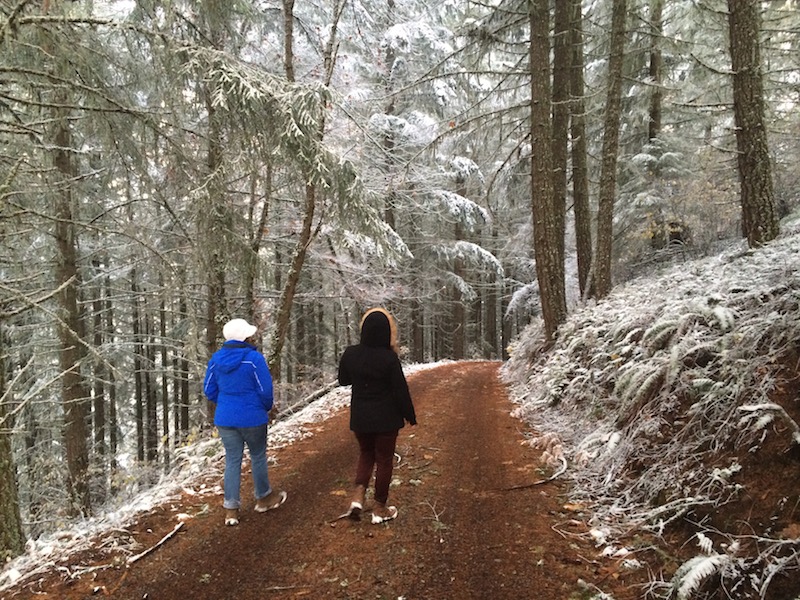 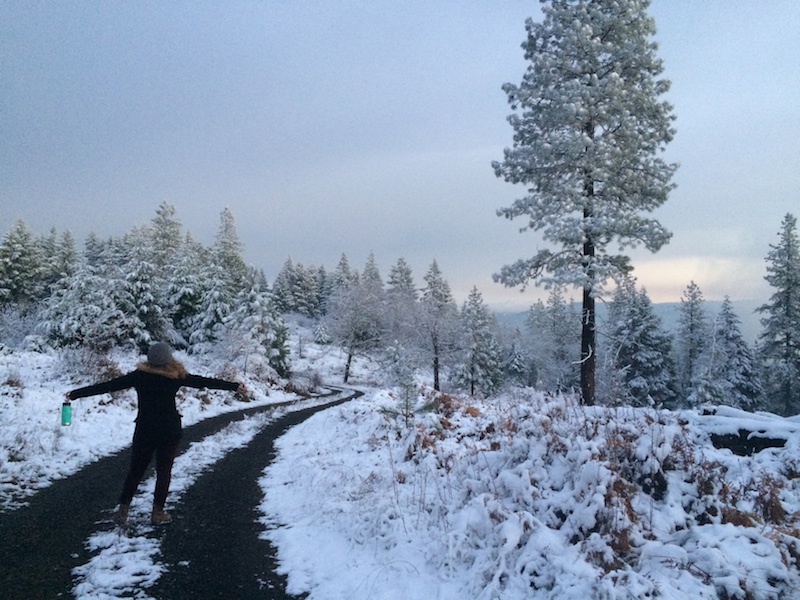 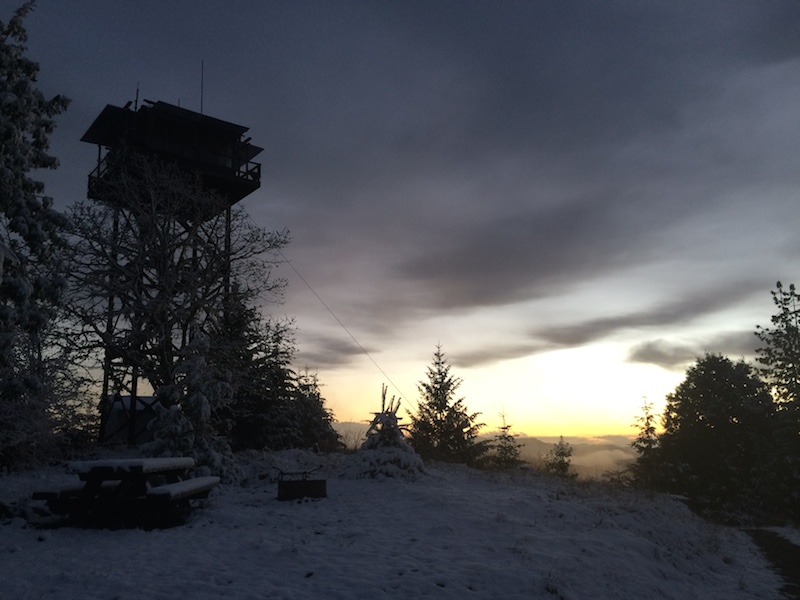 All paired with: a seemingly endless supply of Bulleit-spiked mulled cider 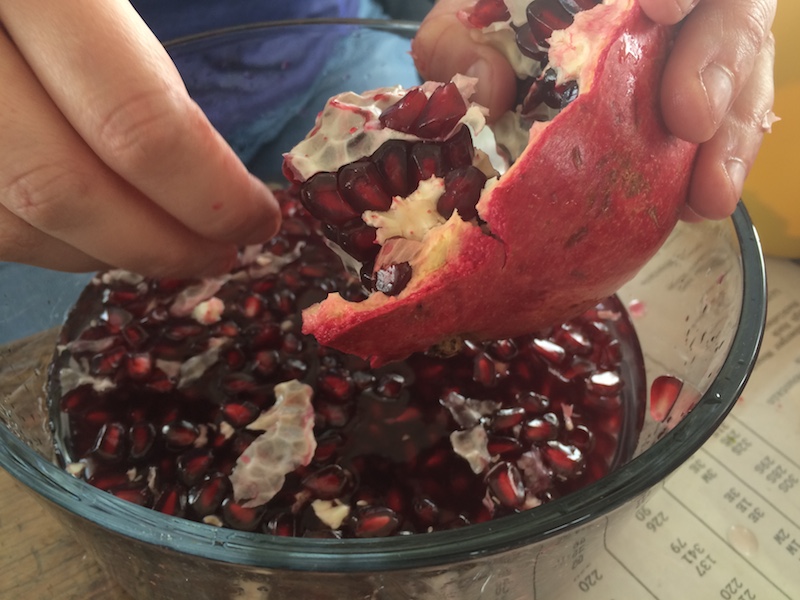 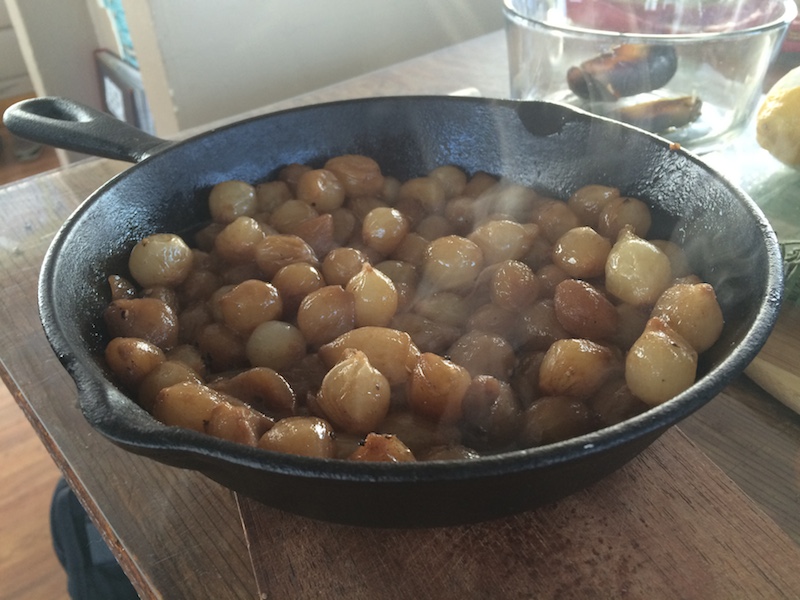 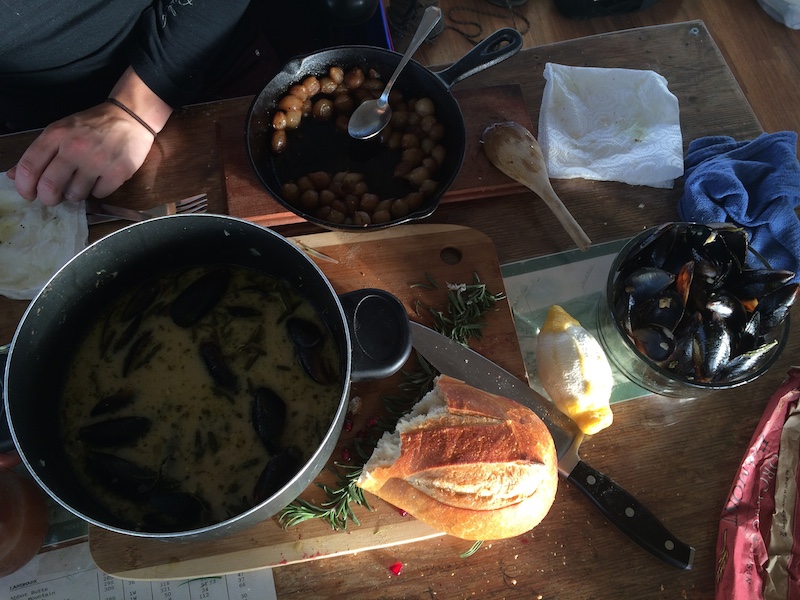 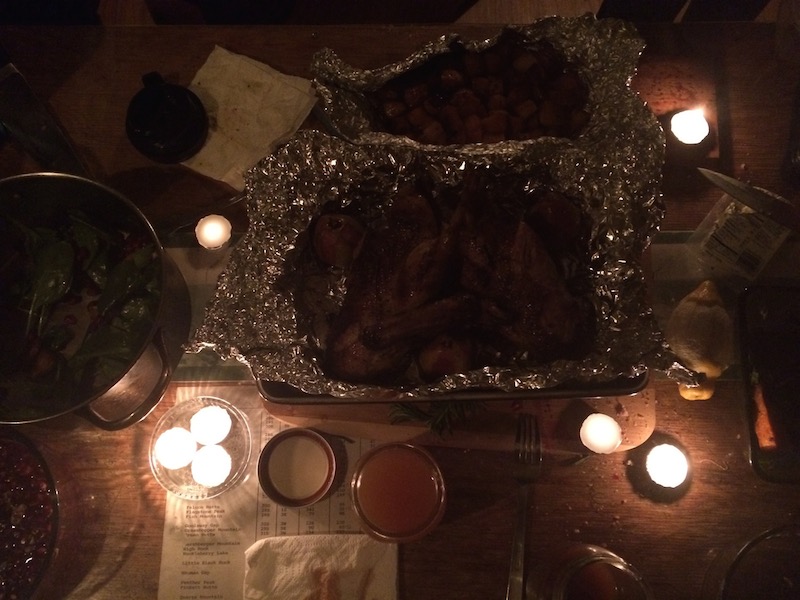 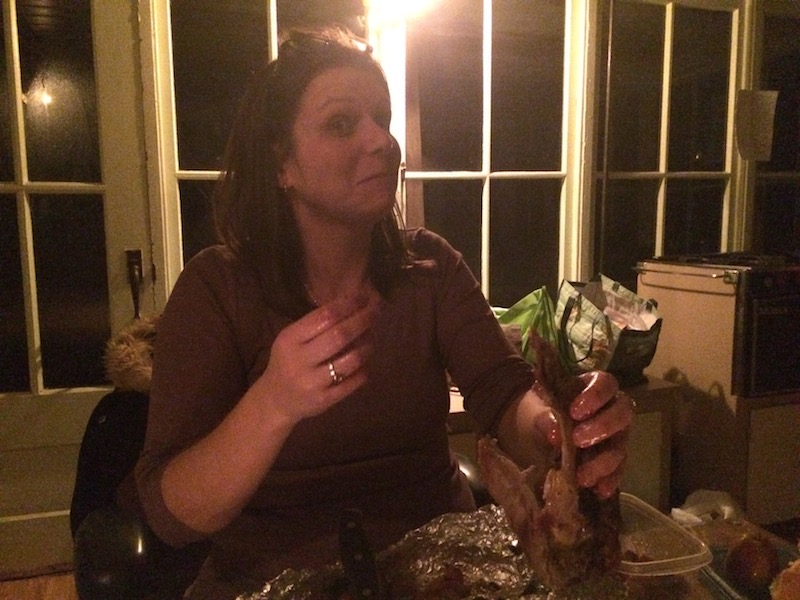 Needless to say, we rolled into our sleeping bags later that night like tired puppies with full bellies, already daydreaming about plans to outdo this adventure next year. We’d found a Mancala board in the cupboard, so we passed around the last of the whiskey while attempting to outwit each other. Eventually, we fell asleep laughing about the strange and occasionally debaucherous entries written in the Visitor’s Log by previous guests (and thankfully, saw no signs of the infamous ‘Deer-Man’ whose legend was referenced on several pages). 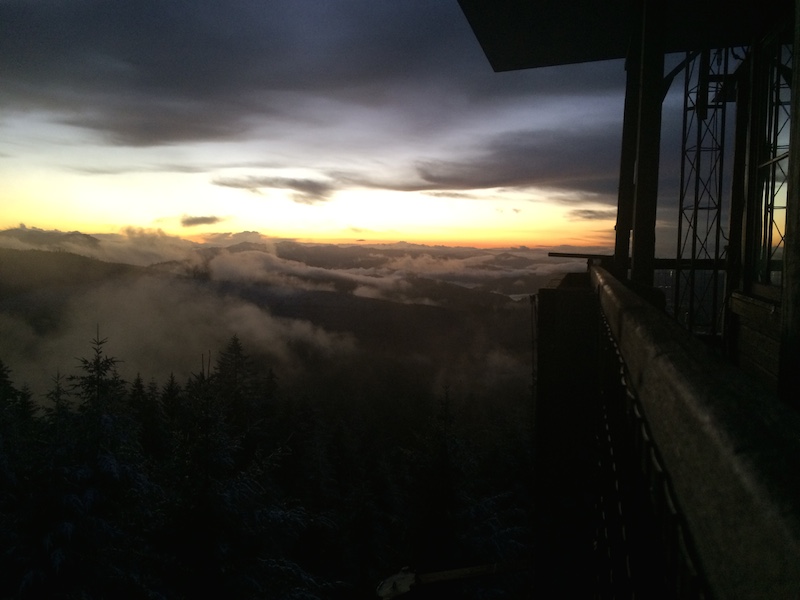 In the morning, we awoke inside a cloud. What had been forecast as a blizzard came only as a delicate dusting of powdered sugar over the evergreens beneath our airy perch. I reluctantly drug myself out of the warm cocoon I’d made on the floor next to the heater, and went out to the catwalk to stare into the Void.

The only sound punctuating the silent stillness was that of frozen water transforming back into liquid, descending from the branches and railings back down to the earth. Deep breaths. Stretch.

I walked back inside to the morning greetings of my fellow adventurers. Water was already heating on the stove to be made into coffee as the clouds ebbed back toward the higher ridgelines. I rewarmed my toes, and then we cooked breakfast from the misfits of the night before: roasted lamb chops and leftover pie. The sun came out. 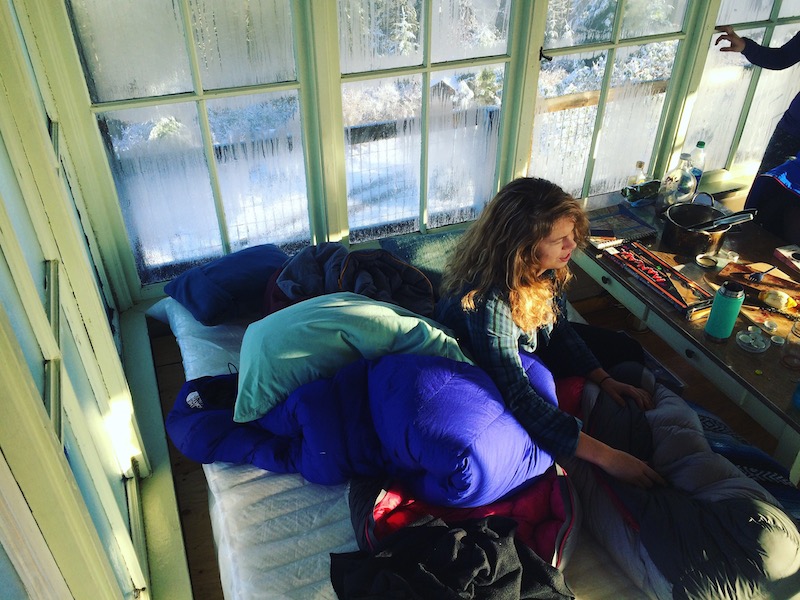 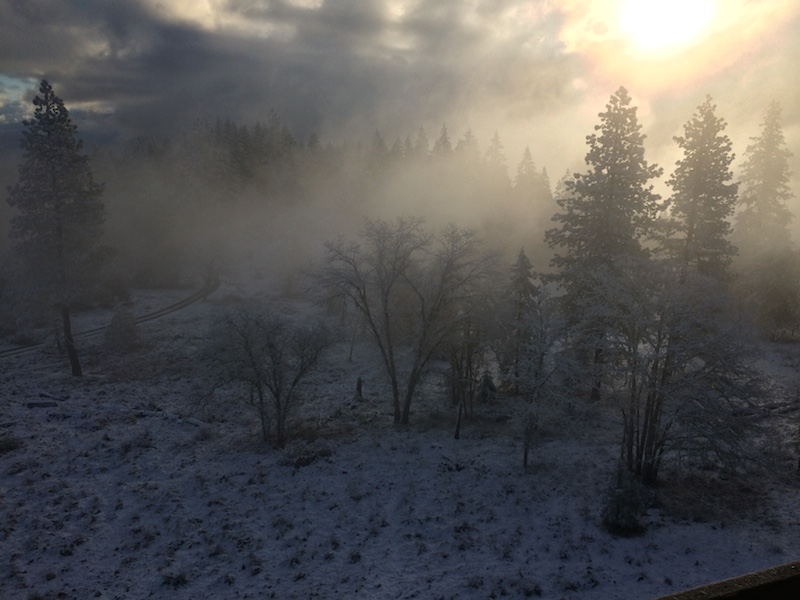 This is what I remember, this is what I long for, from those childhood winters that were still free from the harsher noises of adult life. This is what pushes me forward in cultivating a lifestyle centered on reconnection with the instincts of an uninhibited youth—back when things were wild and free. 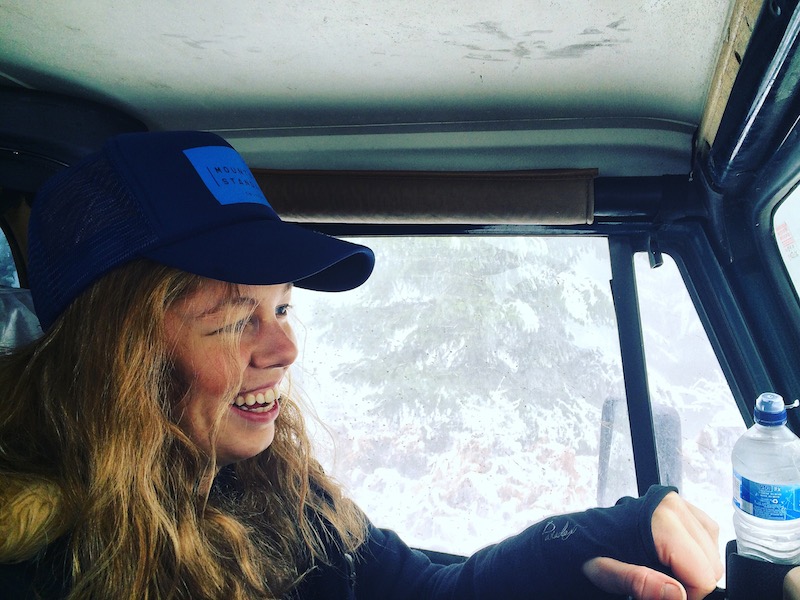 And nothing but sky.
Thirty-something