The tapestry of tribes 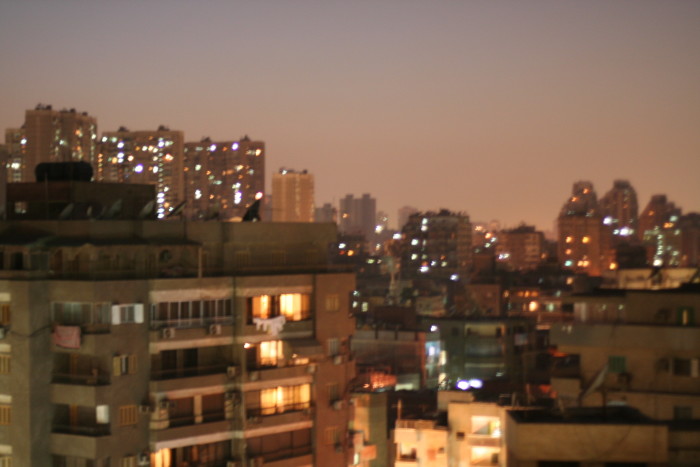 I remember exactly how I felt sitting in a cheap plastic chair on that little balcony during my first night in Cairo, feet propped up on the railing as I stared out at a softly glowing haze thick with dust and sand. Al Qahirah’s tradewinds blew a hot, dirty night breeze into our faces, and despite already knowing that the city’s air was notorious for turning its residents’ lungs as black as pack-a-day smokers, I was completely in love.

Cairo was the most foreign of foreign places I’d been to at that point, and at the time the farawayness felt viscerally true in the way that loneliness can sometimes be a strange comfort. A silent anguish from feeling misunderstood by family and having to leave my closest friends, despite it having been my choice, had me looking for a mother. Oum el donia—Mother of the World, they call her—took me in with both arms and made me feel a sort of belonging, one in which my anonymity in that equivocatingly medieval and cosmopolitan jungle became a new foundation to build from because I couldn’t figure out where home was anymore. A detached sense of free-falling suddenly became the clearest notion I had, and I clung to it. 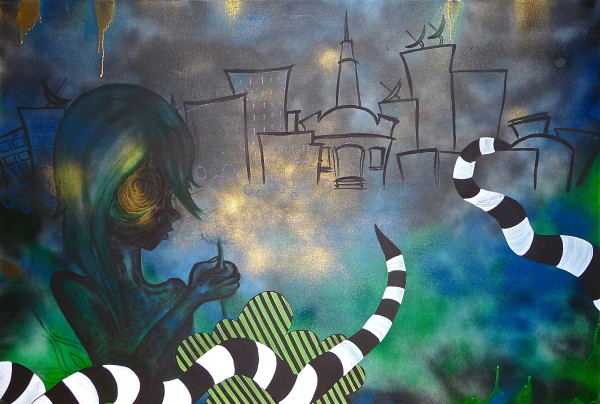 That first night of our combined reconciliation/getting back together/moving in together, we bought koshary and fig cookies and beers and took them back to the balcony at the flat of an Italian friend where we would stay for two weeks before finding our own place. Our view of the Maadi high-rises, half finished and glowing prettily with clusters of satellite dishes sprouting like tumors from their rooftops enchanted me. I felt happy, bewildered, and numb, like I was watching my life from outside of my body, and I chalked it all up to the jetlag.

The truth was, in that polluted, noisy, hot, chaotic place that I both loved and struggled through, I had no real bearings or plan, no support system in place and no contract for the job I was hoping to start. What I had in spades was stubbornness and hope and not much to lose and a big fucking lot of love, the crazy kind that you sell your car and move to another country for. The kind I hope everyone gets to feel, at least once. 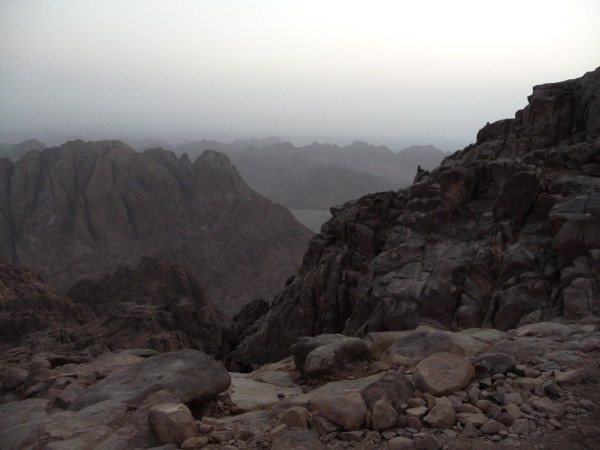 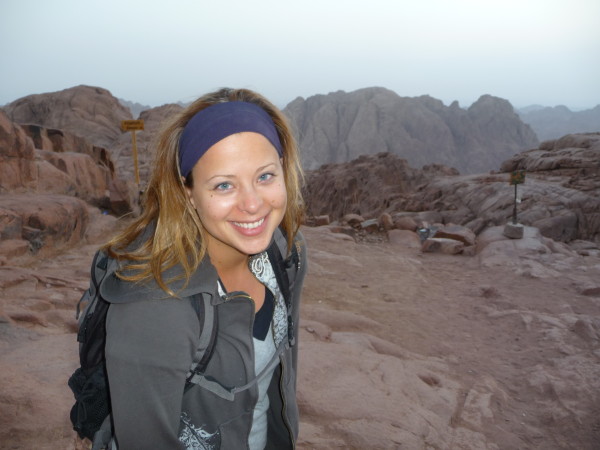 There is a big difference, though, in the solace you seek within one person and the sense of home you feel in the larger, often scattered conglomerate of people that make up your family, literal or honorary or both. Sometimes these tribes are temporary and seasonal, sprung from the necessity of surviving an experience together. Others span decades, connecting over oceans and mountain ranges with the help of undersea cables, woven together by the sort of kinship that values depth over distance. When we left Egypt in the dead heat of late summer, I felt as empty of belonging as I had when I’d arrived because, for many reasons, in a city of 30 million people I hadn’t managed to really connect with anyone else. Partly because I hadn’t managed to connect with myself.

Trying to live a borderless, boundaryless life had been a challenge alone, but in the process I had built up a narrative around not needing much in the way of emotional anchors, either. It was a false virtue but one that became easy to romanticize when I needed a defense mechanism against the vulnerability that I was afraid of. When I went even further from home, it seemed like a lot of other people around me were runners, too. Everyone’s version of the story was a bit different, but by choice or necessity, we had all found a certain kind of refuge in the act of leaving and the art of thriving in the unfamiliar. 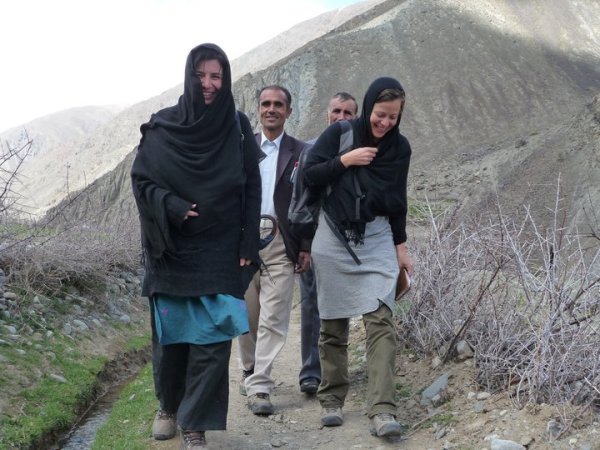 Fast forward four years and some change from that day I left snowy Denver for the arid North African desert with all my belongings stowed in the belly of a 747, and I am preparing to leave the West again, but this time my roots are all tangled up in tokul and loam. I don’t feel tied down to any place, but I no longer feel adrift in the way I used to.

The restlessness doesn’t go away, if you are the restless type. It may be that you simply need to be in motion to feel at ease, to think, to process, to grow and to feel whole. Peace exists in places most may never seek it, like on the side of a mountain or on a boat in the middle of the ocean.

The thing is to figure out how to let people in, so that the coming and going is about places on a map and not about a presence in the lives of others. We can parallel each other all we want, like warp yarn on a loom, but without real connection we’re just single threads, set under tension and easily broken.

The strength and vibrancy of the story we each carry with us, a grand tapestry of sorts, comes from letting others interlace their threads with our own. 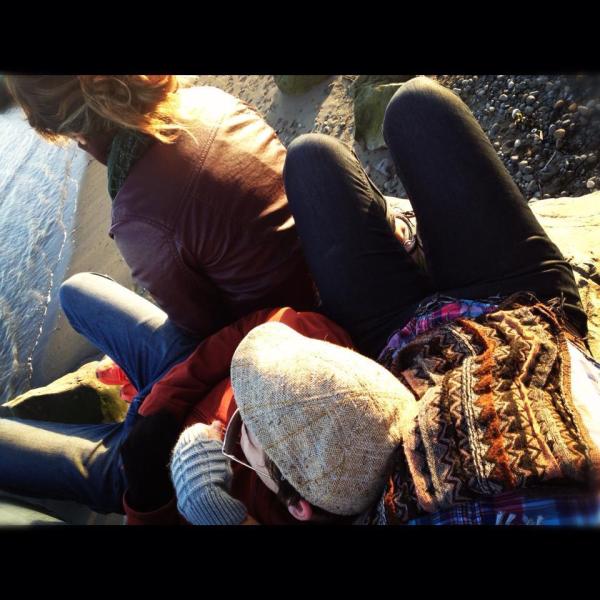 As we move in different directions, the weave tightens, the colors grow brighter and all the symbols, patterns, and mythologies that make up our individual lives can be traced back to the tribes we’ve belonged to. Some threads tell stories of rough months and times when we were forced to be still. 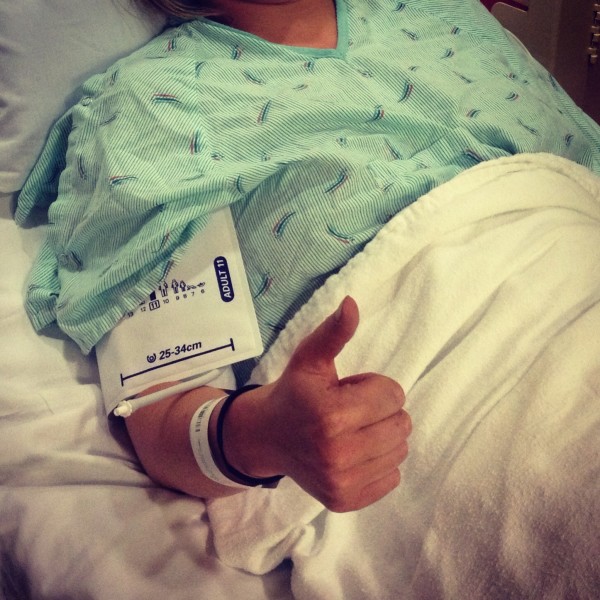 Others trace back to moments of youthful abandon, or recklessness in love, or courageous amounts of hope and perseverance in the face of immense unknowns. Or just a whole lot of goodness.

In the end, if we have learned to be a part of this weaving process, we get to take it with us. It makes it so that we actually can have it both ways—we can be from one place and also a lot of other places, we can go far and still hold people close and be claimed by them in the way that, deep down in our guts, we all need almost as much as we need food and shelter.

The tapestry becomes something to hang on the wall above our beds in a new apartment in a new country, or a flag to fly from the top of the mountain, or a blanket to wrap around us when things get hazy or bleak. We can string it up into a hammock between the masts of our sailboat, or use it as a map to remember where we came from when the restlessness has led us really far from the streets and roadsigns that we know. And then one day, maybe a long while later, it can bring us back together.

The mountains in us
Triple Crown