To Oregon, with love

After the island trip, where I sat half-clothed in a hot pool with several naked strangers, I had a few days at home before my next adventure-in-trade assignment required another u-turn of sorts: south to the Willamette National Forest.

On a sweaty slog down the Interstate 5, I paused in Portland to hand deliver my application and calm my jittery nerves with an afternoon coffee. It took me a white-knuckled hour to navigate through the snarl, but finally the road cleared before me, and just outside of Salem, I passed a sign declaring that I was now crossing over an invisible line marking “the 45th parallel: halfway between the equator and the north pole.”

I turned east toward the Willamette, alternating through long spells of interforest highway and small honorary towns whose presence barely registered before I’d already gone most of the way through them. At a deli mart near the last real dregs of civilization, I stopped to scrounge for food since I had already missed the sole hour when dinner was being served at the end of the road. That is, I was attempting to reach before dark the intentional community of Breitenbush Hot Springs, a worker-owned commune of sorts that powers itself from the energy of a river and underground thermal pools. The healing waters, first sacred to indigenous groups whose part of the story is, naturally, woven quite innocuously into the brochure history section, now primarily draw enthusiasts of hot water and neo-hippies from around the country into the deep forest kibbutz.

I settled on a jar of baby dill pickles, plus three bananas and a couple of fruit bars for emergencies.

With my last shred of cell service, I sent out a couple of texts home and then turned back onto the road once more. The further I got from anything knowable and nameable, the more pristine the world around me became, as the shadows of dusk chased the late light of summer from the ground up to its lingering patches on the highest ridgelines. Through the rolled down window came the warm husky aroma of the woods—cinnamon and vanilla, moss, dank earth, all warmed by the day’s hundred-degree temperatures.

Along the empty forest road I saw no one, but signs of life hung from the trees like clues to a hidden world. Paper plates and party cups on strings were tied to mileposts and branches, bearing names and arrows scrawled in black marker—the secret handshake of car campers, guiding the way to tent sites concealed behind the thick curtain of conifers. Had it not been for the smoke of their fires drifting out from the branches, I’d have thought myself entirely alone out there on that lonely wildwood highway.

The commune was strange. Peaceful, isolated, gently utilitarian, and beautiful, yes. But also, I got the creeping impression that behind the wispy beards and gender-neutral long hair, the flowery aprons and thick-rimmed glasses, behind the haze of pot smoke that drifted lazily across the river from the private resident’s village, and behind the closed doors of the steam sauna, the Sanctuary, or the Buddah’s Playhouse, lurked something less than utopian. Maybe it was the young woman serving the buffet lunch with an exasperated sigh, or the fact that barely anyone spoke to me in 48 hours, or the man who sneered at me for taking a photo of my feet on the bridge. Or maybe I simply imagined it all.

All I know is that if given the option to (1) stay the night in a near-post-apocalyptic, deep dark forest summer camp for adults where there are NO lights after the sun goes down, or (2) stay alone in a tent in the wilderness where bears and bugs abound, I’ll now pick the bears.

Daytime was good though. I hiked almost all the way to Devil’s Peak in my Ropesoul sandals before enjoying a barefoot run back down until I reached the cool forest floor. Here are some photographic highlights: 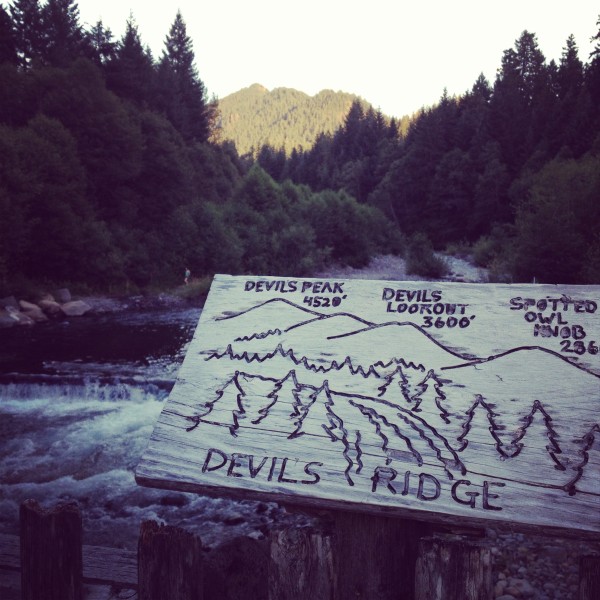 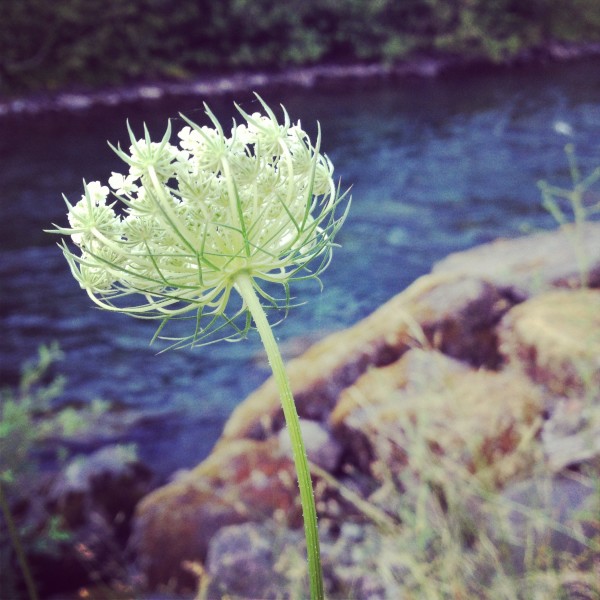 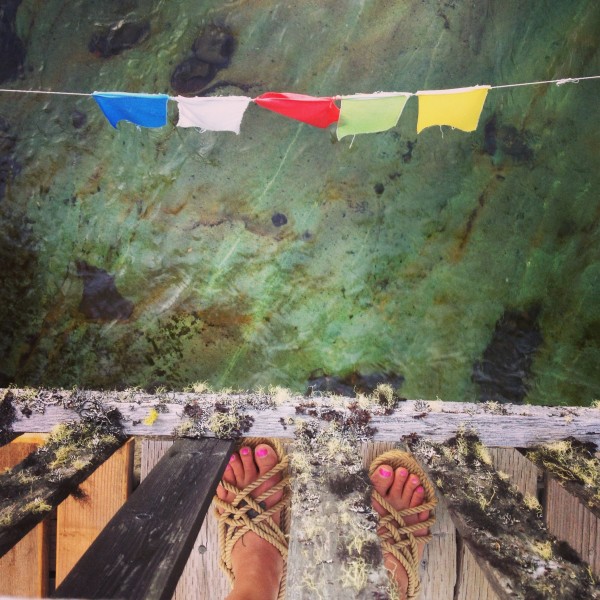 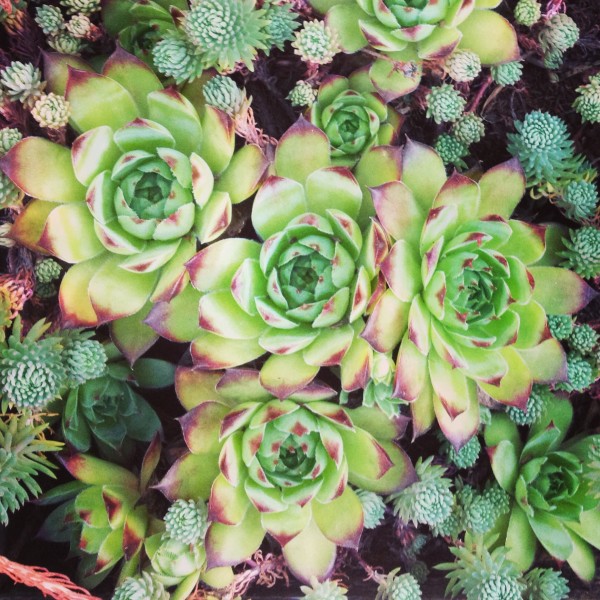 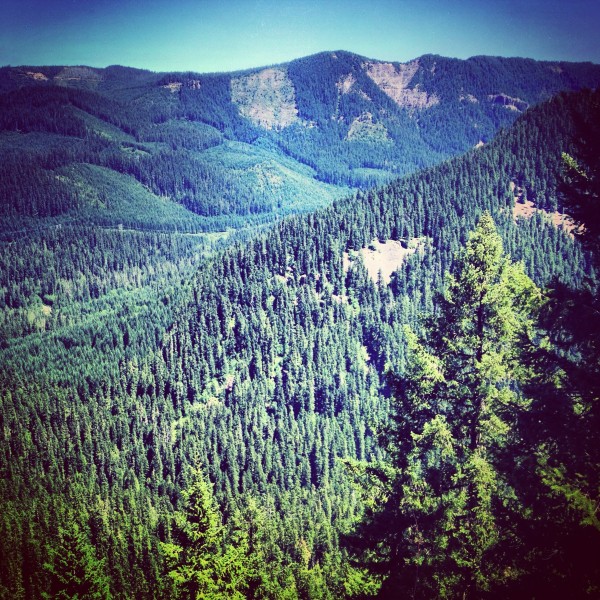 Two days later, as I crossed back over the Columbia River into my own state, the sign on the right side of the bridge said to me Oregon thanks you. Come back soon.

Despite your commune in which I do not belong, I hope I will, Oregon. I really do.