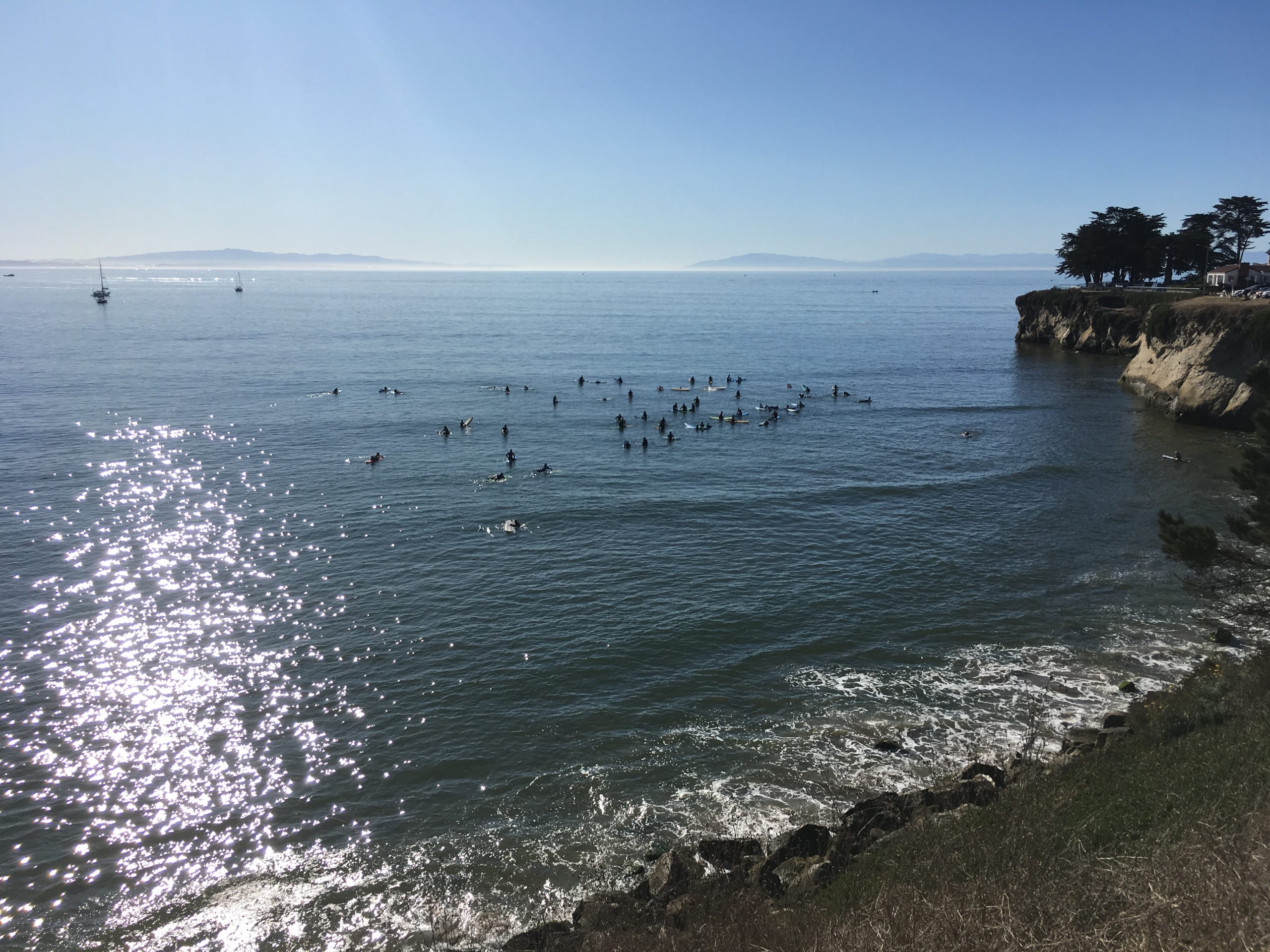 Two weeks in the central valley, and I’ve pretty much spent it elsewhere. A recap:

I. Floating in a sway of kelp forest, I come to find the lineup is shared with a sea lion lurking under my frozen toes. I wouldn’t be out at this break if Daniel hadn’t led us down the stairs from West Cliff Drive past the dead surfers’ memorial to the high tide line crashing on algae-covered rocks. But he slipped and jumped in, so, I supposed I’d follow. It’s small today, nothing more than 2 feet, so even though John’s old board–now Tyler’s, on loan to me–is a bit much to handle, I can manage the spin cycle and still come up for air smiling. There’s the cliff, of course, that one wants to avoid smashing into, but I’m staying outside of where the old dogs are catching wave after wave. Truthfully, I’m too scared to really dig in for a good ride. I’m not good enough to be out here.

Even so, I’m glowing. Salt is drying on my lips, sun glint splinters the deep green below. I wrap fingers over the rails and press a cheek to the bumpy rash of sweet-scented wax, hugging spirits of John and Tyler both. Kelp fronds tickle my arms, and I realize I’m also shivering; the cold’s set into my bones. Time to go in. I paddle back in the direction of Cowells for what feels like a mile, meet Daniel back up on the sidewalk, and shake out my sea-drenched hair. Bliss. 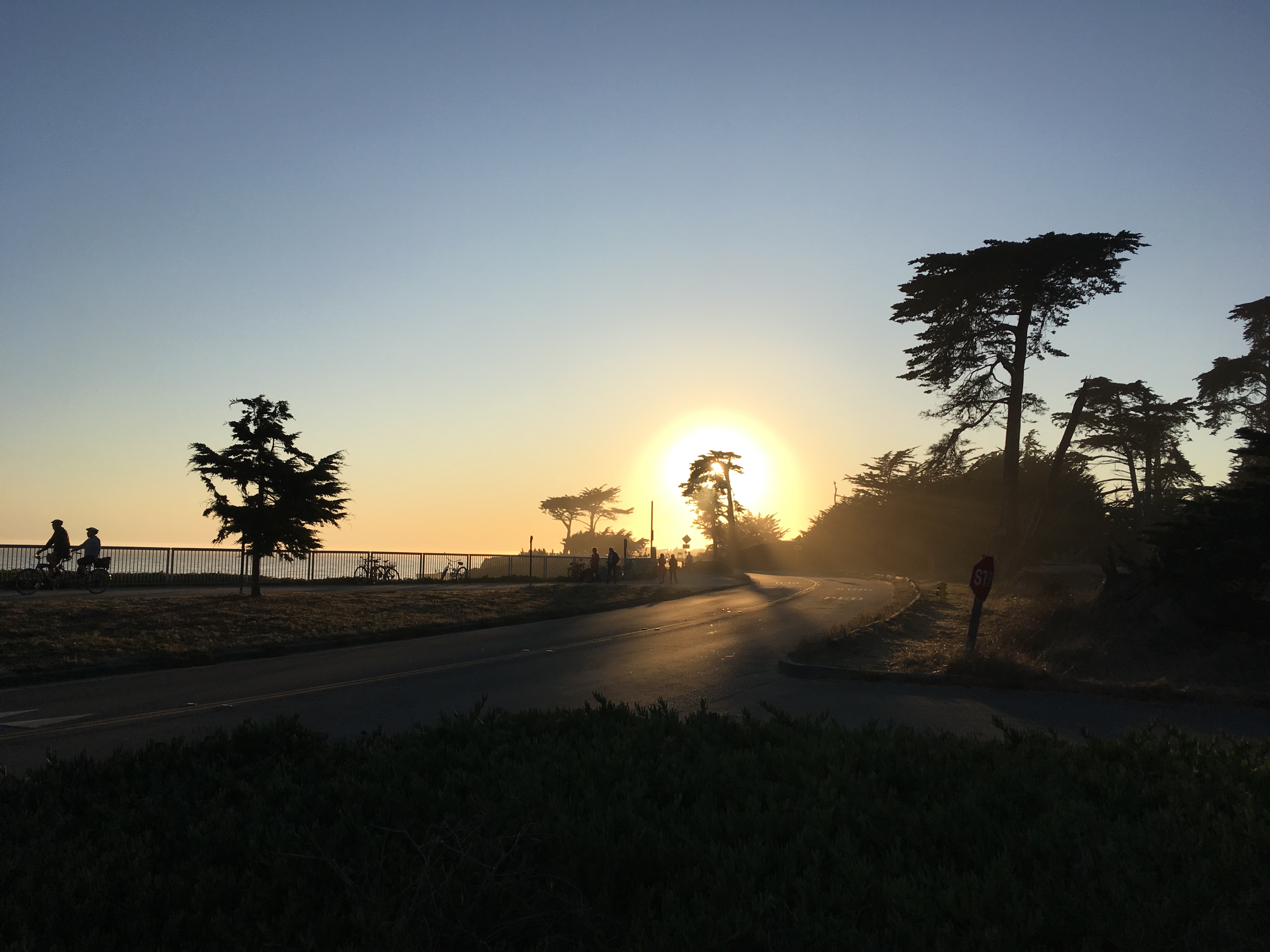 II. I drive the van north by northeast out of Merced, up the 59, to the 132, to the 120, up up up into the stratosphere, or so it feels to my little engine that could. She’s disgruntled about the thinning air as we climb into the park, but I take it slow and, with great caution, we make it to Tuolumne Meadows at just over 8,600 feet. I have no plans, other than to be here. Granite domes and wicked pinnacles rise in every direction, sprouting from a milieu of gnarled junipers, whitebark pine, and gold-dipped sedge meadows cut through by braided streams. I scamper up the flanks of Lembert’s Dome in late afternoon, gaping at imposing flutes on far-away Mt. Ritter that look as if scraped from tip to bottom by a child wielding a giant clam shell. Breathing deep hurts a little, a dizzying welcome for sea-level lungs.

I feel a bit like a bird that hit the window glass; stunned into quiet, buzzing torpor as I drink in silence. Autumn sits on her haunches on the other side of the pane, breathing a little yellow haze into the tips of pine needles and turning the vaccinium leaves crimson as if a flashlight shines through from the other side. Everywhere, the granite sirens call out to be touched, to be climbed, to turn me into stone so that I may rest here, too. 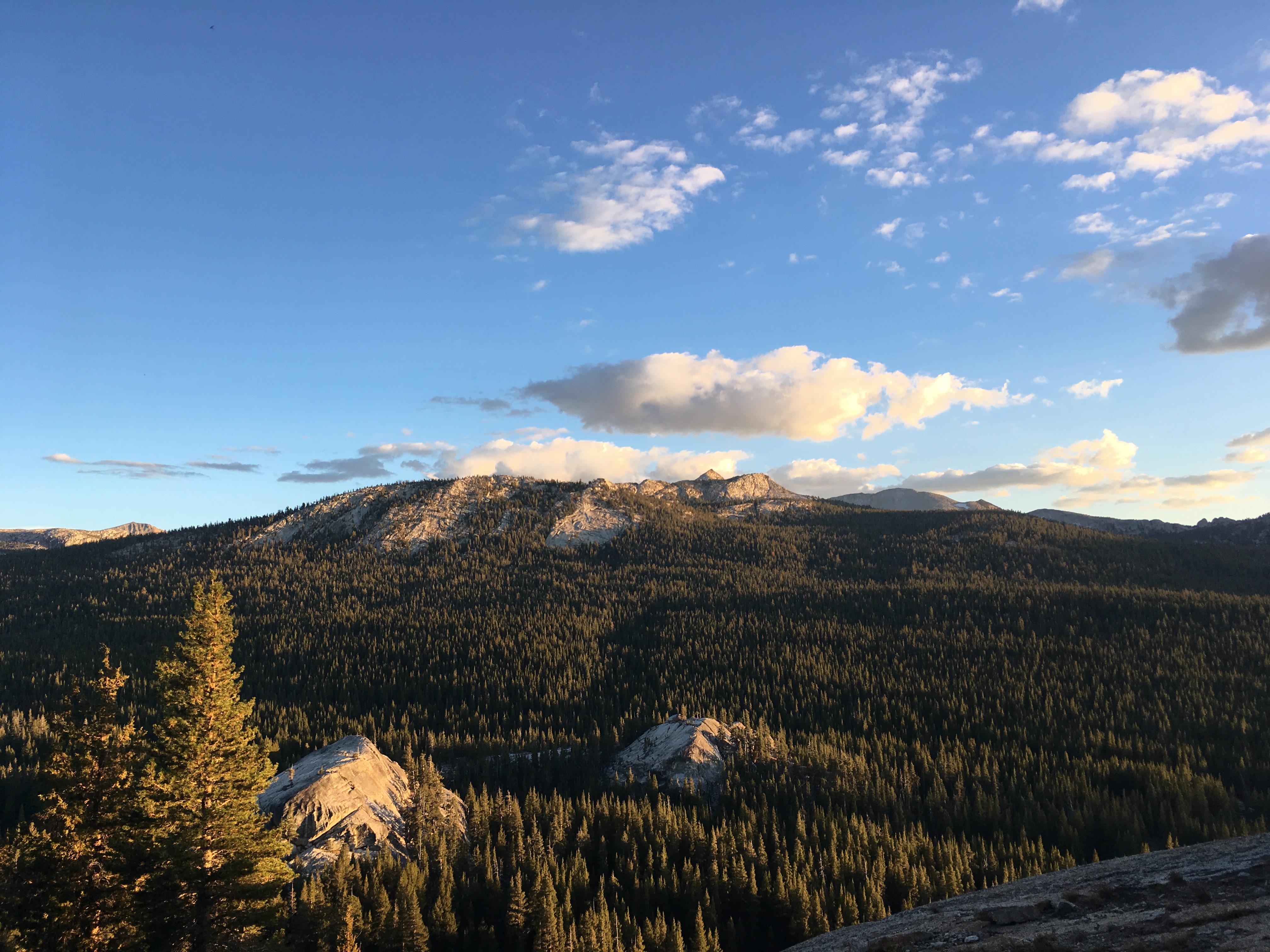 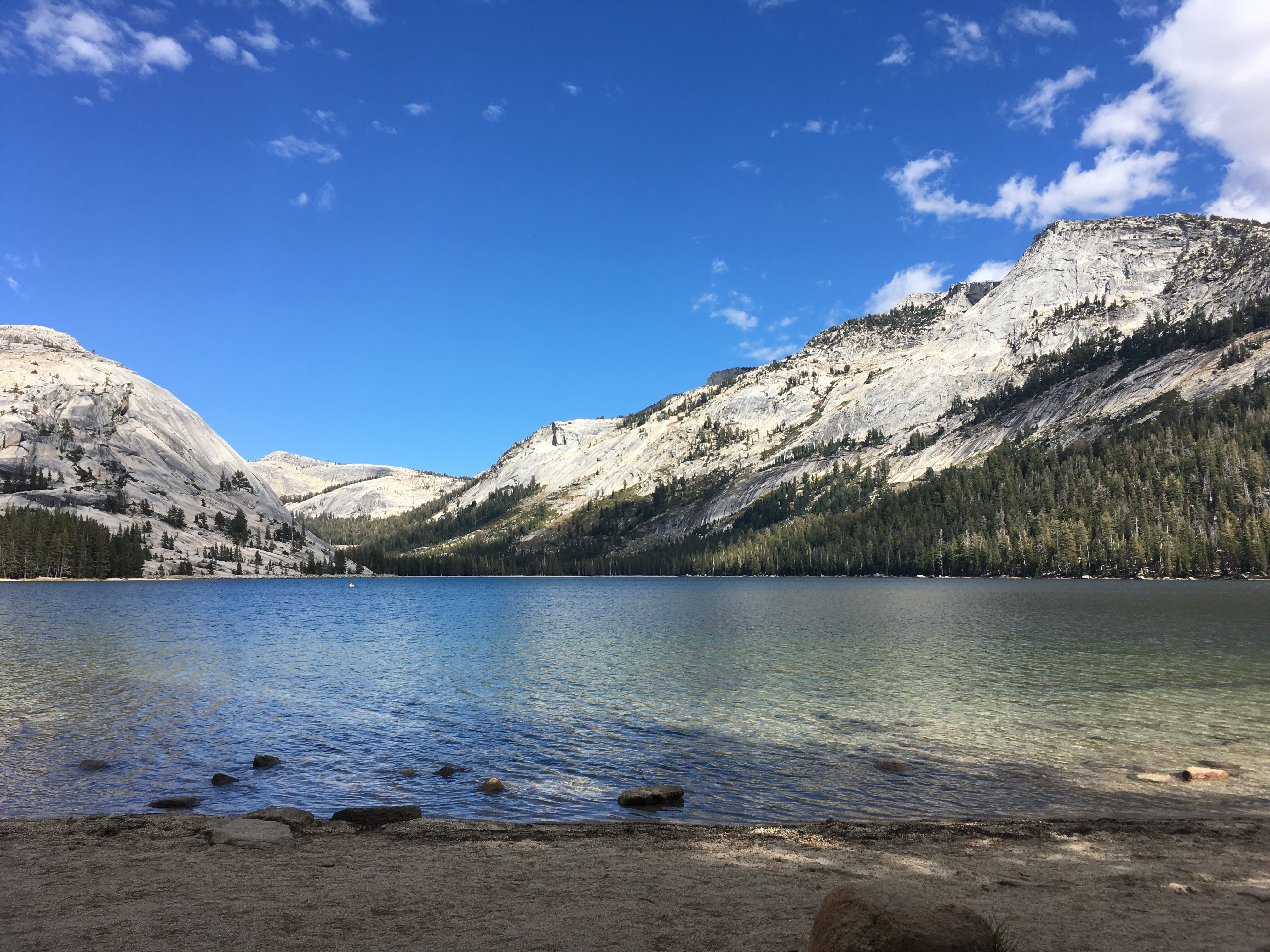 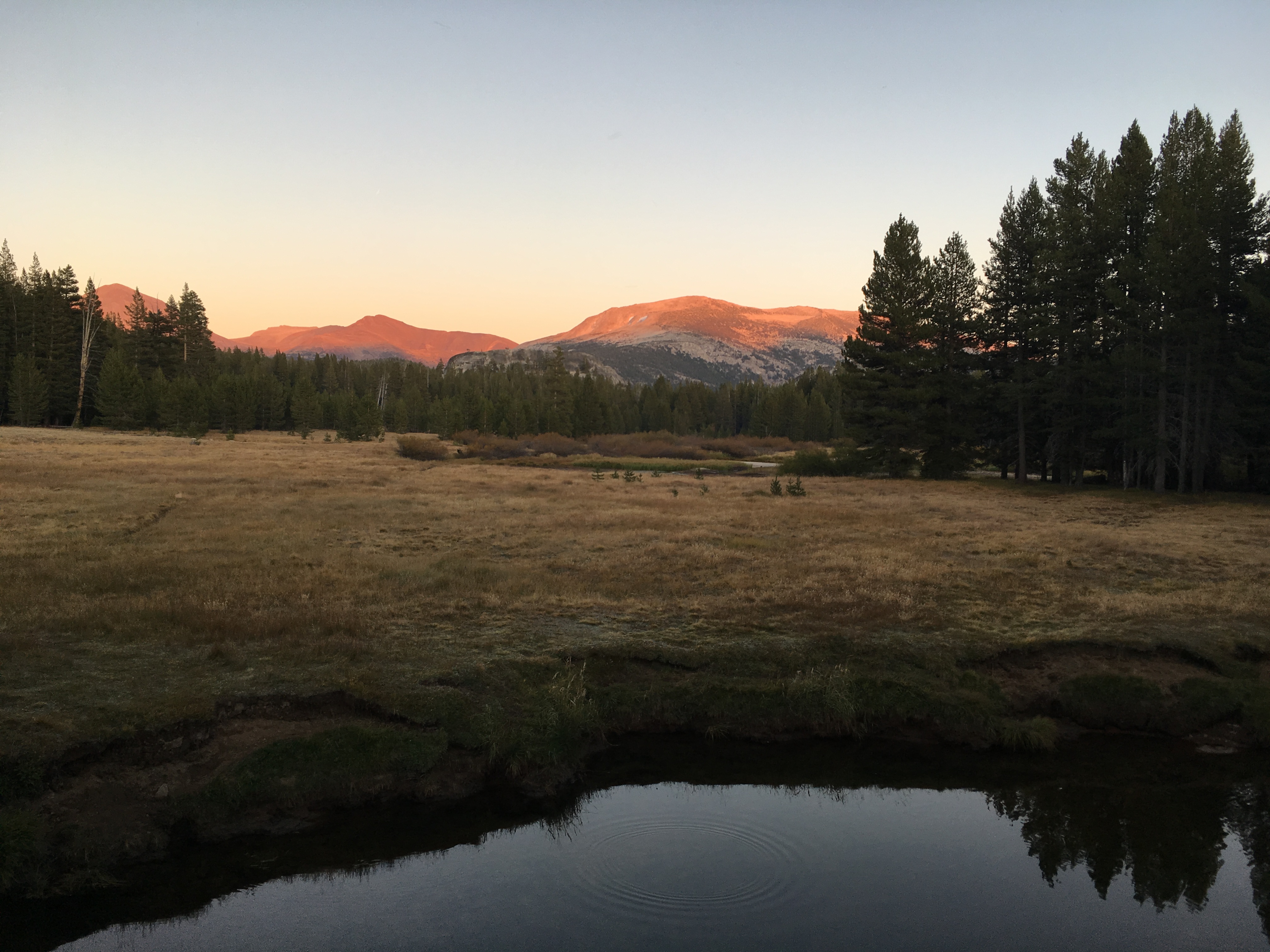 III. On a whim, I jam too many things into an unfit backpack for a night in Cathedral Lakes; going solo means no one to share duties of carrying the tent and the ever-awkward bear canister. Something has to be left behind–I get creative, and then bold, choosing to leave the rainfly and bet on the forecast, which calls for clear and freezing at the lake’s 9,500 feet. My boots reach the water’s edge by mid-day, to Cathedral Peak looming over it’s looking-glass mirror. I’m gutted for the lack of a climbing partner– the solitude is almost too much to bear in a place this ravaged by beauty. The surrounding slabs beckon with low-angle sleuthing, so I climb to a highpoint under the shadow of Tresidder Peak, occasionally gasping for breath. Pawprints of a lion in the glacial sand give me pause, but not enough to ruin a sunny nap before descending to the meadow. Climbers up on Cathedral are yelling about a stuck rope in the dying light of sunset; I hear nothing after dark so I assume they made it or they’re up there shivering together.

I sleep in fits, my lightweight pad meant for uncomfortable bivvies. Morning greets me with ice droplets on the tent and a wet exterior of my sleeping bag. A small cost for the star show I squinted at during the night. After lingering until the sun dries things out a bit, I pack up, hike down to the van, and head for the haze of the Central Valley. 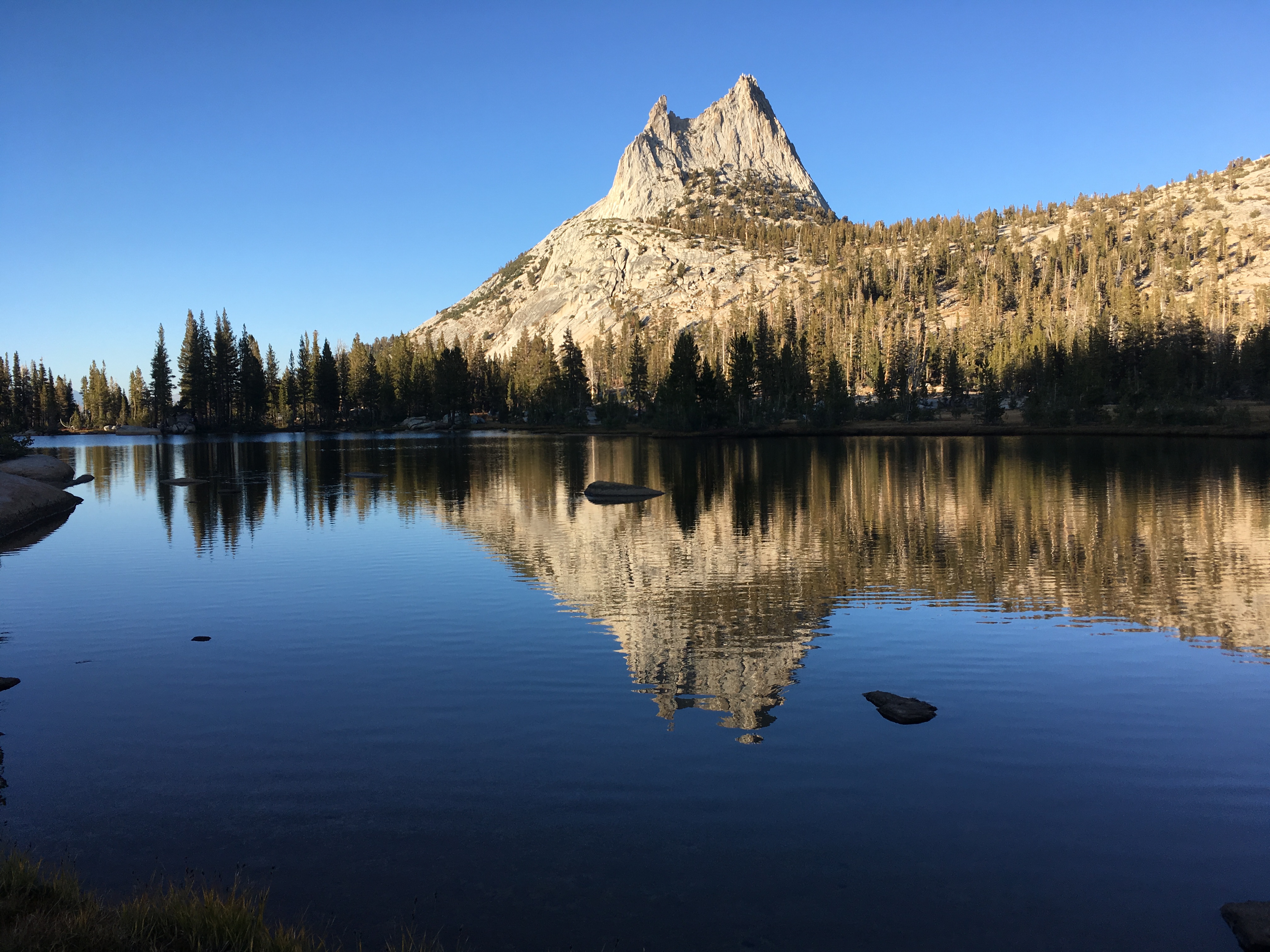 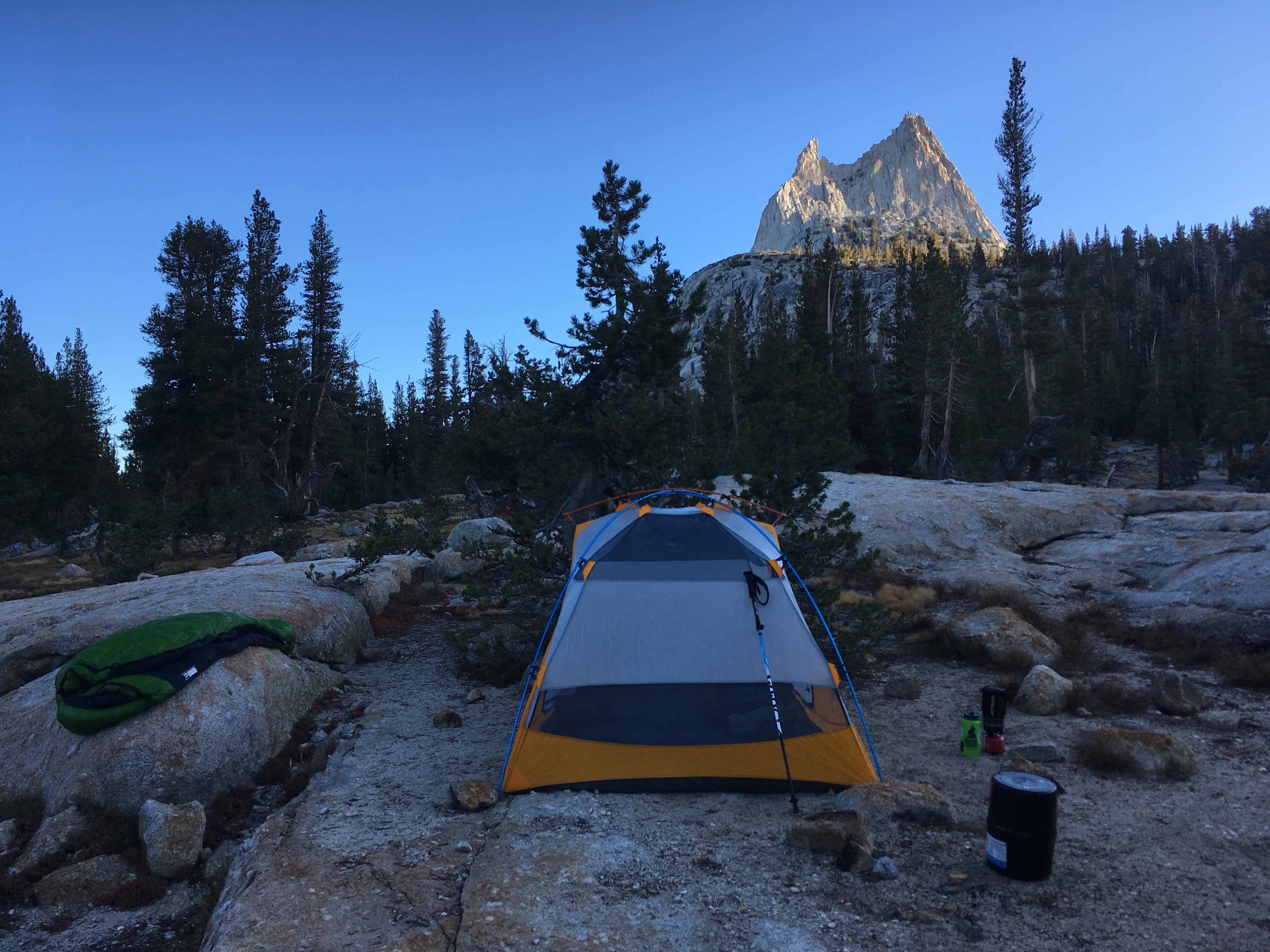 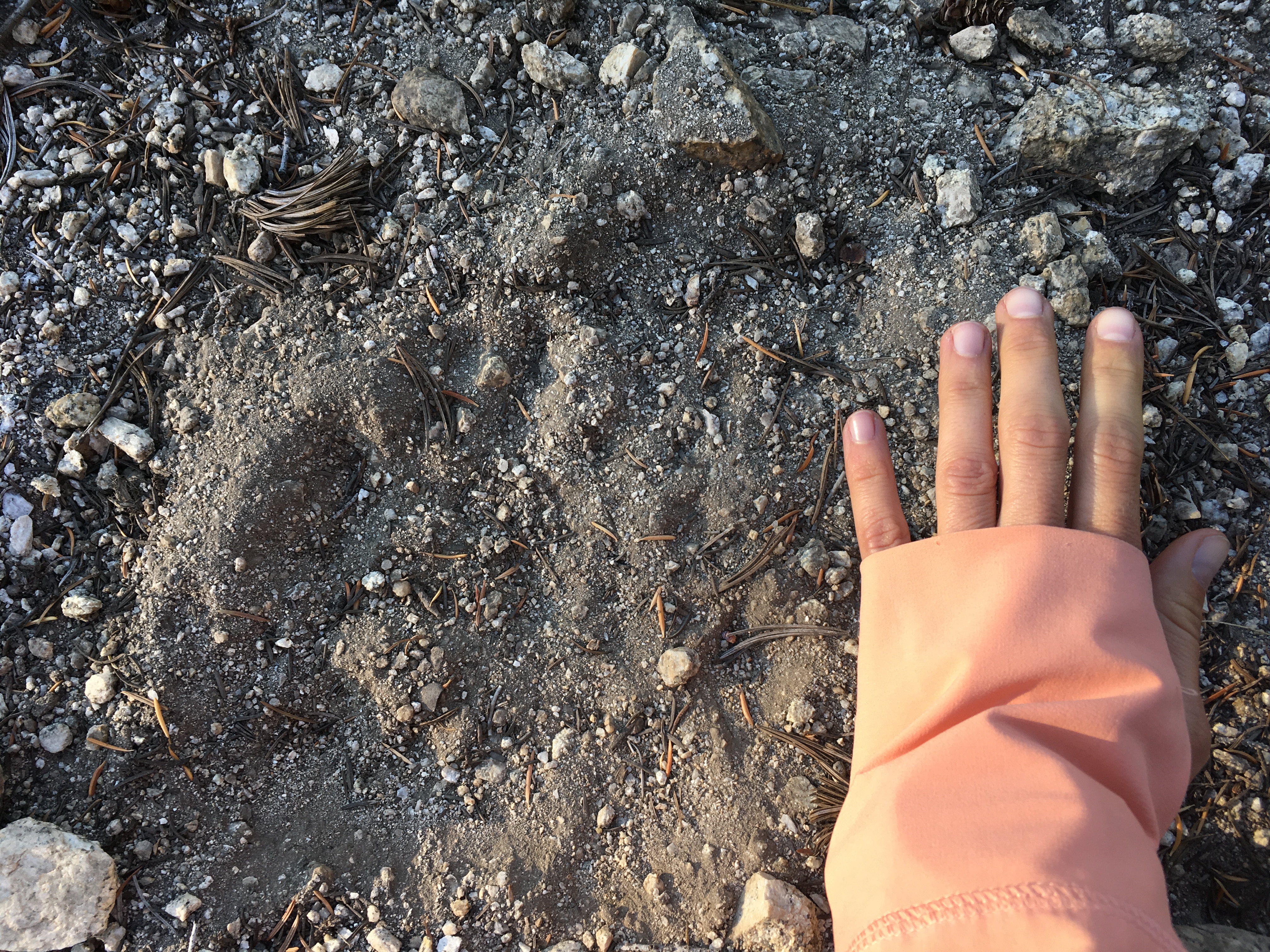 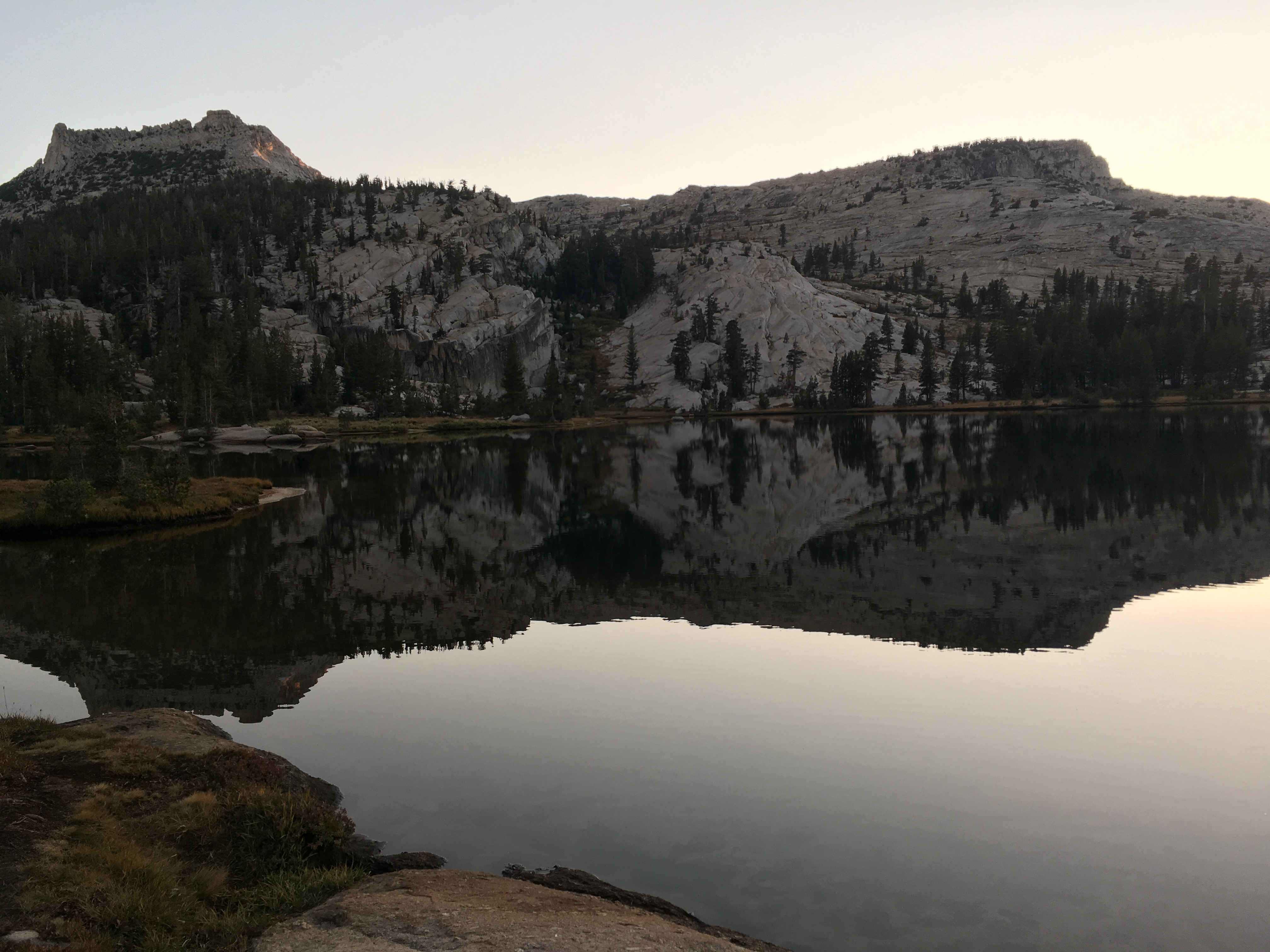 Suffer for Fun
Learning to be a bird again